Wrath Unleashed should provide an entertaining experience and pretty good replay value for those who enjoy equal parts methodical strategy and button-mashing mayhem.

Wrath Unleashed is a new hybrid action strategy game from LucasArts and The Collective that's reminiscent of an old computer gaming classic, Archon, which was kind of like chess but with real-time combat between the units on the board. The game's not ideal on every level, but it's good enough on all of them so that it should provide an entertaining experience and a decent amount of replay value for those who enjoy equal parts methodical strategy and button-mashing mayhem.

There are four factions in Wrath Unleashed that have both elemental and moral affiliations, and each is led by a demigod or demigoddess who personifies these factors. Light Order is the purest force of good; it focuses on water and is led by the fair Aenna. The noble and fiery Epothos commands the Light Chaos forces, while Durlock uses his mastery of earth and metals to corral the creatures of Dark Order. Finally, the totally evil Helamis is the mistress of the air and commands the forces of Dark Chaos. There's only enough backstory in Wrath Unleashed to engender this elemental conflict, and the gods' constant squabbling and vying for the throne of Gaia are all that's necessary to provide the impetus for the game's battles.

There are several ways to get into battle in Wrath Unleashed. Most players will be interested in playing the campaign mode first, since it features missions that are tied in to the game's storyline (thin though it may be). You can play the four factions' campaigns in any order, although you may be disappointed to learn that there are only four missions per campaign. The missions ramp up in difficulty, though, and they're all quite different from each other. So 16 missions isn't really that bad, especially when you take into account that the quick battle mode will provide much more replay value thanks to the prematch variables (like army size and map type) you can fiddle with. In this mode, up to four factions--using your desired mix of human and AI players--can compete on close to a dozen game boards. There are a few other, lesser modes to flesh out the experience a little, such as versus and team fighter modes that ditch all the strategy and just let you focus on the game's action combat (in single duels or a progression of matches, respectively). Finally, an army builder option lets you construct a custom force to use in battles.

Once you get down to the actual gameplay in Wrath Unleashed, you've got a bit of a learning curve ahead of you. The game includes a single-mission tutorial that lays out the basics but is a little bit on the short side; at the end, it's suggested that you read the manual to understand more advanced concepts. Anyway, matches take place primarily on hex-grid game boards of varying layouts. You and your opponents take turns moving units around, while trying to claim various structures or defeat key enemies, until someone has satisfied the mission's victory requirement. These usually have you completing simple tasks, such as capturing the majority of the map's temples or defeating all the enemies on the board. When two units occupy the same hex, a battle ensues, and the loser vanishes from the map. This should be pretty familiar territory to strategy aficionados, though there's a bit more to the game than just the strategizing.

The action component in Wrath Unleashed proceeds from the clash of two units, at which point the game turns into a sort of giant monster pseudofighting game. You'll switch to a close-up 3D arena where the two units will fight in real time, and you'll be wholly responsible for keeping your unit alive and winning the fight. You've got a healthy enough assortment of offensive options. Melee and magic attacks both come in light and heavy versions, and you also have a special magical attack that takes more time to pull off. You can also block and sidestep to stave off enemy attacks. A few environmental hazards exist, which can trip you up or do extra damage if you aren't careful. Pretty basic stuff, really. Of course, some units are overwhelmingly more powerful than others, but it's neat that if you get really good at the combat, you can sometimes win a battle with a much lesser unit through your fighting skill alone, which can really help to turn the tide of a match.

There's some other strategic stuff going on in the matches of Wrath Unleashed besides just moving your units around and fighting battles. Mana resources scattered around the map will help your spellcasting units charge up mana faster, thus making for more magic. The spells are fairly basic in nature, but they're useful. You can heal, teleport your units, bind enemies, and that sort of thing. Further complicating matters, each hex space on the map has a specific terrain type that creates an advantage for some units and a disadvantage for others. Being on a lava tile will bolster one of Epothos' units in battle, for instance. Fighting on your own turf creates a substantial damage bonus, so picking and choosing your battles based on location is highly advised.

Wrath's strategic elements are pretty well done, with all of the factions having equivalent units, kind of like on a chess board. The units are aesthetically different between factions but perform much the same functions overall. You've got the numerous light combat units, the heavy melee bruisers, and so on. Unfortunately, some issues with other parts of the game drag down the experience a bit. The combat is a little bit clunky, and it's hard to get a feel for the rhythms of enemies' attacks so you can block them appropriately. Of course, you'll get better with practice, but there seems to be a certain degree of randomness in the battles' outcomes that simply owes to the difficulty of the action.

Another quibble is that the game is a little too slow to play, thanks to the overly lengthy load times when you go from game board to fighting arena and vice versa. The load times are worse on the PlayStation 2 but are noticeable on both platforms. Though they're not the end of the world, they do make the flow of the game a little more plodding than it ought to be. Finally, it would've been nice to see a map editor (especially since there's an army editor), which would have supplemented the included maps enormously and would have given the game almost limitless replay value. And, of course, online play would have also added a lot to the game.

Wrath Unleashed's creature designs are pretty cool, with some imaginative stuff like a unicorn whose horn juts out of its lower jaw instead of its forehead. There's also an ogre mage with a mystical Eastern look who uses a sword and wears geta-style wooden shoes. On the other hand, the four overlords come off as a little silly, thanks mainly to their absurdly skimpy attire. Aenna and Helamis are clad in, well, almost nothing at all, so it's a little hard to take the evil goddess of the winds seriously when she's prancing around in a thong. The game boards and arenas are serviceable here, but they aren't all that striking. Wrath looks clean and runs quite smoothly on the Xbox, but it doesn't fare so well on the PS2. It looks more or less the same in terms of detail, but the frame rate takes a major hit, even on the overhead hex parts. Visually it gets the job done, but it's not either system's best effort. Sound-wise, Wrath gets along OK, with suitably epic music accompanying the battles and pretty decent voice acting on the part of the demigods (not to mention a disturbingly vigorous narrator). Surprisingly, there's no 5.1 audio support in the Xbox version, though this isn't exactly the most cinematic game, so it's not really missed.

Though there are some caveats, Wrath Unleashed is a good attempt to marry deep strategy with arcadelike action. If you love one of these gameplay types but detest the other, you'll be disappointed, since they're available in equal measure and neither can be avoided if you want to play the game. But if you have at least some interest in both types, you can try Wrath Unleashed, safe in the knowledge that it's pretty good on both fronts. 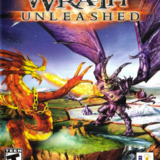 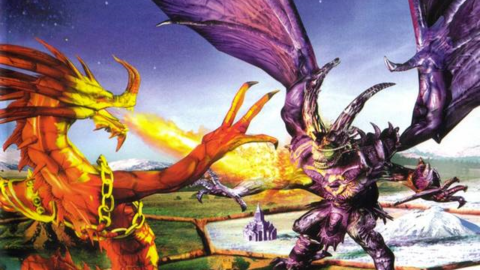 Wrath Unleashed should provide an entertaining experience and pretty good replay value for those who enjoy equal parts methodical strategy and button-mashing mayhem.