World Tour Soccer 2 (titled World Tour Soccer 2006 in the US) is Sony London Studio's second football game on the PSP. Conveniently arriving at the height of World Cup fever, the follow-up isn't as realistic as Pro Evolution Soccer. Instead, the game marks itself out as the PSP's best arcade football title, with fast and enjoyable gameplay that rewards skill-based play.

World Tour Soccer 2 uses a points-based system that rewards skill and punishes sloppiness. Players need to demonstrate both basic football skills and showmanship, with points conferred for keeping possession and scoring goals, and docked for giving the ball away and conceding goals. More difficult moves result in higher points tallies, so spectacular goals and longer passes will increase your final score. Individual games feature a target score that yields a gold medal if achieved, while lower scores will result in a silver or bronze medal.

As well as this points-based system, World Tour Soccer also adds in different match specifications. These contain various rules under which the games must be played, and there are nine different conditions in total: all-rounder; shot clock; the zone; totally outnumbered; time attack; challenge plus; pass clock; checkpoint; and player tag. The rules in each mode vary slightly, but most are fairly self-explanatory. For example, all-rounder requires you to pass the ball among all 11 players before you're allowed to score. In the shot clock scenario, the game mimics basketball and requires you to score within 15 seconds of getting the ball, and punishes you by awarding a free kick to the other team if you fail. Some games have no requirements and are a straightforward points challenge, but most games feature a condition that has to be satisfied in order to win the game.

The single-player game of World Tour Soccer 2 offers the expected quick-play choices as well as a world tour and a medal mode. Of the two quick-play modes, play now will draw a random team and a random condition for you, while exhibition match lets you play a normal game against any other team. The world tour mode offers a selection of matches across six continents, with a different number of opponents depending on the continent (Europe has the most with 14). Not only do you have to worry about getting a gold medal for points in each match, you have to do so while satisfying one of the match conditions mentioned earlier, which can be tricky. The final feature is the medal mode, with eight individual matches for each of the 10 different match conditions. These conditions become progressively more difficult, so you start out having 15 seconds to score in the first shot clock game, but only five seconds once you reach the eighth one.

These novel features bring a welcome challenge to the football genre, and as an arcade title it's easy to pick up, play, and score. Gamers who enjoy the challenge of completing all aspects of a game will relish the chance to earn a gold medal on all matches, not to mention attaining the 33 achievements that range from simple hat tricks to going online and playing another person. As well as opening up more matches, progression through the game will unlock all-star teams for each of the continents, as well as an all-star global team. However, even with all of these modes, fans of the series may be disappointed to learn that instead of the 245 teams that were featured in the original World Tour Soccer, this new game includes only 71.

Although World Tour Soccer 2 is an arcade game, in-game tactics are well presented and simple to adjust. Changes to the formation are particularly easy to make thanks to a graphical interface that switches the exact position of the attacking, midfield, and defensive players. Overall strategy can easily be changed on the fly to one of six preset options, including all-out attack or defend, and you can also select the individual players that you would like to take free kicks, penalties, and corners, as well as changing the team captain. Each player has in-depth statistics for physical, technical, mental, and goalkeeping attributes, and they can be substituted at any point during a match. The game's developers have obtained an official FIFPro license, giving them access to real-life player names and attributes, and they have used it to good effect. When using England, David Beckham is accurately set up to take corners and free kicks, while Frank Lampard is the default choice for penalties.

In terms of presentation, the World Tour Soccer 2 fares well. The game's eight stadia vary nicely depending on the area, and they feature touches such as video walls and flags hanging from the stands. Player animation can be quite stilted but individual players are easily recognisable, and overall the game is graphically polished. The menus boast a clean, simple design that present the information well, and the audio is even more impressive, with reasonably well executed in-game commentary and licensed music from the likes of Mr Scruff and Mylo.

The game has improved massively in the multiplayer department since the original, now allowing up to four players to compete either locally, using an ad hoc wireless connection, or over the Internet, through infrastructure mode. Sadly, we found it difficult to find online players in the 'EU Universe', which is a shame as the multiplayer component of the game is very good. The game allows you to chat with players in the lobb, albeit only through a cumbersome text interface, and you can see rankings for all online visitors. Playing real opposition over wireless ad hoc mode makes for a more enthralling game than the artificial intelligence, which never really challenges advanced players. For your friends who don't have a copy of the game, you can also send them a demo using your version.

World Tour Soccer 2 is an enjoyable arcade football game that combines pick-up-and-play simplicity with novel challenges and features. The gameplay modes present an ample challenge for gamers seeking a long-term challenge, with the various different conditions offering plenty of variety. The game improves on last year's title thanks to the new multiplayer modes, although the loss of club teams is a shame. If you're looking for a lighter alternative to the simulation games on the market and fancy online multiplayer, then World Tour Soccer 2 fills the gap in the market nicely. 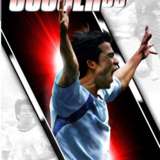 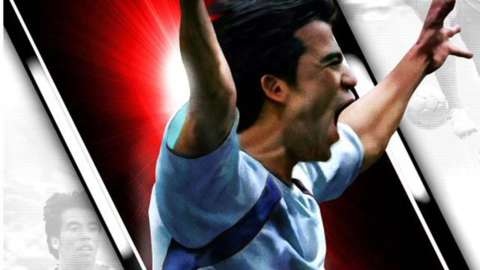 World Tour Soccer 06 is designed for the PSP to offer quick gaming sessions, while allowing users to advance and unlock the next challenge in a ladder type system.