Sports games live and die by two things - solid gameplay and range of features. With World Series Baseball II, Sega hasn't skimped on detail and the gameplay couldn't be better. Players will find over 700 major league players, all 28 teams, stat tracking, and the five modes of play that made the first version such a hit. This version also provides a plethora of new features, including 28 major league baseball stadiums, rain delays, injuries that can take a player out for the entire season, and expansion teams such as the Arizona Diamondbacks and the Tampa Bay Devil Rays (whose rosters you have to create). Less significant but welcome enhancements are player nicknames (like Mark "Big Mac" McGuire, and Frank "Big Hurt" Thomas) and a cool seventh inning stretch. World Series Baseball II also includes new music, new sound effects, and play-by-play commentary that keeps up with the fast pace.

The gameplay hasn't changed much from last year's nearly perfect offering, but the graphics have been enhanced with smoother player animations to give the game polish. The look of the game is fairly realistic. It has the same "behind the batter" stance of past installments and the overlaying score windows give the illusion of a telecast. There are five new camera angles including the chase cam, which follows the ball's trajectory, and the active cam, which shows the action from the outfielders' point of view. Many other details have also been added - after the fielder makes a diving catch he shows the ump the ball.

The game controls are straightforward and easy to master, making the game very competitive with its four levels of difficulty. Hitting the ball is no hard feat, and pitching a decent defensive game takes minimal effort. The game is quite fair in two-player mode, although picking a strong team usually results in finishing a season at the top of the division. An automatic fielding option simplifies matters further, leaving only the hardcore fanatics to catch each pop fly manually (remember, baseball is a team sport).

World Series Baseball II beats the nearly perfect original simply by adding so many new features. Sega has the third longest running baseball franchise on any console system (after Hardball and RBI Baseball) and their experience in the genre shows. If Saturn owners liked the first World Series Baseball, they'll love the second one. 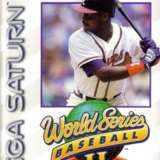 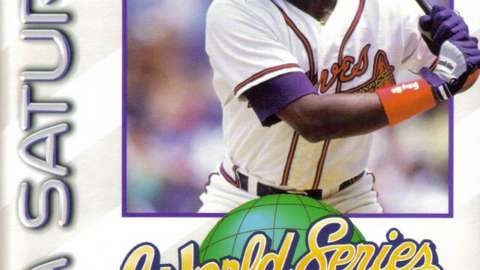