World Racing 2 makes a couple of key improvements on its predecessor, but it's still a substandard effort.

World Racing 2 is the sequel to the poorly received World Racing (also known as Mercedes-Benz World Racing), which was released in 2003. Bland visuals, run-of-the-mill gameplay, a restrictive car license, and a poor sense of speed were just a few of the original game's many problems. The changes made in World Racing 2 demonstrate that the developers were aware of the criticism that the first game received, but many key issues have gone untouched, and none of the changes make the game more enjoyable.

It's almost as if Synetic actively looked for ways to make the game less fun while World Racing 2 was in development. Right off the bat, you'll find that the menus are unattractive and difficult to navigate. Far and away, the game's biggest problem is that it suffers from an identity crisis. It can't decide whether it's a simulation or a pure arcade racer. The cars feel slow and heavy one minute, but just seconds later, the slightest bump will send the car careening. While you can make a few handling and braking adjustments, they don't make any difference other than making drifting a little easier. All of the race modes employ catch-up artificial intelligence, like an arcade-style racer would, but they're also completely unforgiving, much like a sim is. On the one hand, the catch-up A.I. keeps you close no matter what. On the other hand, just bumping a single object on the side of the road could mean you won't have enough time to finish a race. One unlucky break on the final lap means you're probably going to finish dead last, and unlucky breaks are a common occurrence thanks to the random traffic that has a habit of coming out of nowhere mere feet from the finish line.

Along with the unlucky breaks, the game also has a habit of being late in giving out time-sensitive information. In off-road races, the game uses arrows to guide you from one checkpoint to the next. As you pass through a gate, the arrow is supposed to shift direction to guide you to the next point. Unfortunately, the arrows don't always change directions fast enough. Often, the next gate is a 90-degree turn from your current position and hidden from view. So, by the time you see the arrow and make your turn, it's too late to make it to the next gate. Trial and error, not skill, is the main strategy necessary to win some races.

The game's two main play modes are career and free ride. You'll have to spend most of your time in the career mode, since it's the only way to earn "speedbucks," the in-game currency that is used to unlock cars and tracks in other modes. There are a number of race styles, including standard races, timed events, knockout races, drift, rally, waypoint, and sometimes a combination of events. Aside from the ability to earn speedbucks, nothing about the career mode is compelling. You don't have rivals, you never improve your abilities, and you have no freedom to choose your next race. In fact, if you can't beat a race, due to the unfair way they're often set up, you can't skip it. The free ride mode is easily the highlight of the game, though that's not saying much. You can pick any car you want and drive nearly anywhere you desire, but the payoffs for exploring are limited. For instance, because much of the game's scenery objects don't have solid geometry, you can't drive off the road and land on a submarine, since your car will clip right through it. If, however, you want to run over cows or push jets off of an aircraft carrier, you can do those things.

Ironically, while speedbucks are the only compelling aspect of the career mode, they're also yet another aspect of the game that is unforgiving to the point of cruelty. Speedbucks are awarded in similar fashion to the "kudos" in Project Gotham Racing, in that they are awarded for exhibiting skill and fair driving tactics during a race. You earn speedbucks for passing cars, taking shortcuts, driving on two wheels, and for catching air. Conversely, you lose speedbucks if you ram an opponent, cut them off, hit a wall, or press the back button to return your car to the track. The system is unfair because the game is set up such that many snafus are unavoidable. Also, it basically penalizes players twice for making mistakes. In addition to losing time because you just drove off a cliff, you're assessed a financial penalty as well.

Drift races, while not a significant part of the career mode, are so frustrating that they deserve special mention. The game awards and takes away drift points on a seemingly random basis, penalizing you for drifting off the road even if you don't hit anything. These races often require dozens of attempts to master. This frustrating aspect of the game has been well-documented by many different players, who have posted complaints about the game on message boards since the game was released. At the very least, the developer should've included some kind of halfway decent tutorial in the game, though these races probably should have been less infuriating in the first place.

The roster of 90 cars is actually slightly smaller than that of the original World Racing. Whereas the vehicle roster in the first game featured Mercedes-Benz exclusively, World Racing 2 now includes automobiles from a variety of manufacturers, including big names like Volvo, Lotus, and Alfa Romeo, and lesser known outfits, such as Rinspeed, Wiesmonn, and Westfield. The number of vehicles is slightly misleading, however, as many are merely slight variations from one another, differing only in paint scheme and horsepower. The new game offers more courses to race on--a total of 160 across Italy, Egypt, Miami, Hawaii, and two locales in Germany. While these numbers are technically truthful, there's some sketchy math behind the numbers. Many courses vary only slightly from one another. Furthermore, the game counts mirrored tracks as original courses.

Those hoping that the game would at least put forth a strong multiplayer component are going to be disappointed. The game is Xbox Live aware, and there is some downloadable content, but there aren't any online race modes. As of right now, the downloadable content consists of a handful of skins, but the manual mentions new levels, missions, vehicles, and more being available in the future. System link isn't supported, either. The only available multiplayer option is a basic four-player split-screen mode.

The game's graphics and audio also stumble more than they succeed. The action in this new game is certainly faster than the original, but the sluggish frame rate makes it difficult to feel any sense of speed. For a racing game that's presumably intended to compete with the Project Gotham games and Forza Motorsport, World Racing 2 also has some glaring omissions in its presentation: there's no in-cockpit view and no progressive-scan support. The quality of track design varies greatly. Hawaii has an aircraft carrier you can drive on, complete with planes you can knock off the side. The ocean also looks beautiful reflecting the sun and swaying palm trees. Then there are locations like Egypt, which has you driving amid ugly radio towers and gas pipelines. The environments look fine when viewed from the track, but the moment you go off-road and get a close look at the scenery, the low-res textures quickly become apparent. The ground is a blurry mess, often blending into the horizon and making it tough to discern what lies just a few hundred feet ahead. The game's smoke and dirt effects are just as awful. Admittedly, there are some nice visual touches, such as detailed car models, escalating vehicle damage, and the ability to muddy up the car and wash it off by driving through dirt and standing water. But these nicer touches only serve to emphasize how sloppy everything else is.

The soundtrack is also deeply generic, consisting of bland tracks that don't make any kind of audible impression throughout the game. Thankfully the custom soundtrack option is available, making the lousy music the one bad part of the game you can successfully avoid. Dolby Digital is supported, but the engine sound effects aren't particularly robust, nor are any of the other sound effects noteworthy--so you don't gain much when listening in 5.1.

There's no polite way to say it: World Racing 2 is a lousy racing game. Even if you manage to look past all of its problems and find something fun to do, the game will soon quash your short-lived joy. With so many other great racing games already available for the Xbox, this game isn't worth a second thought, even at a reduced price. 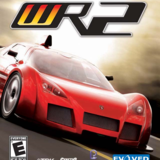 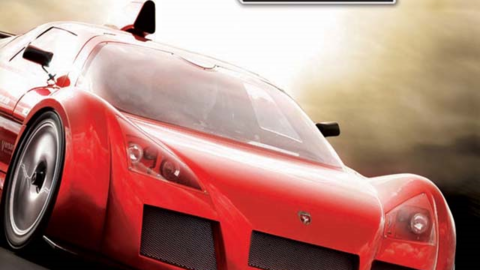 The sequel to TDK's racer focuses on the simulation aspect of racing, but also features arcade characteristics. Now you have access to a variety of mission modes, scenarios, tuning options, and cars.