With a fuselage chewed up by bullet holes, an injured pilot who's bleeding out, and smoke trailing out of your engine, few things are more gratifying than ramming your doomed fighter headlong into the jerk who put you in such dire straights to begin with. World of Warplanes makes as much room for tactical sneakery as it does fancy flying, which gives your likelihood of surviving an exciting air of uncertainty. When the skies are swarming with fighters, dogfights spill into one another as you rocket through waves of antiaircraft fire and near misses. Layer on top of this an exhaustive list of unlockable planes and part upgrades to tinker with, and you have a game that is far more enjoyable than its repetitive nature might suggest.

World of Warplanes is a streamlined arcade-style experience built for easy accessibility. It takes only a minute or two to come to grips with the simple controls, and after a quick piloting tutorial, you're booted right to the battlefield with minimal handholding. It's a whirlwind introduction to be sure, but the flow of battle quickly becomes a familiar groove once you get a few missions under your belt. The fact that there's only one competitive player-versus-player mode to dive into helps you get acclimated quickly, though that limitation is ultimately to the game's detriment.

Matches pit opposing squadrons in 15-on-15 battles for air supremacy over massive square maps. Victory is achieved by dealing enough damage to your opponents' base or by blowing every enemy bird out of the sky. The latter tends to be the deciding factor in nearly every battle simply because aggressive players are always on the hunt for the next potential kill. This doesn't make bombing and air-to-ground strafing runs any less useful, since you still gain experience for them, but it does keep matches short. Most games rarely bump up against the 15-minute time limit because there's no one else left in the air at that point.

Given the flight speed of the zippier fighter craft, it isn't long before squads clash in explosions of gunfire and chaos. Whether they unfold high in the clouds or closer to the ground, the inevitable dogfights that erupt are a thrilling highlight. Jockeying for position as you dive and climb or circle around to flank a foe--contending with antiaircraft flak and dangerous mountain terrain all the while--makes for some exhilarating moments. Taking damage to key areas of your plane and getting your pilot injured can severely impact handling too. That usually draws enemy fighters to you like hungry buzzards eager for scraps, but it's pretty awesome to land those last few kills when you're limping along.

World of Warplanes' maps are packed with beautiful scenery both at ground level and in the skies.

Speaking of explosions, your time on the battlefield is often short-lived, at least until you sharpen your piloting skills and unlock better gear for your planes. The experience and cash rewards for making it through a match intact give you a big boost, although death is only a minor bummer thanks to the way missions are handled. Get blown up, and you can still stick around as a spectator to see how things play out, though hopping instantly back to your hangar lets you grab a different ride and start a new game. At first, it's a nuisance that planes are tied to each match you initiate, forcing you to wait until a match is completed before you can free up the plane again. But the upside is that this encourages you to try lots of different craft and gradually improve your whole fleet rather than rely too heavily on one favorite.

The depth that World of Warplanes lacks in its sparsity of modes and short-lived air battles pops up in the huge number of craft you can unlock. With hundreds of planes arranged in class tiers across five different countries--USA, USSR, Germany, Japan, and the UK--there's a lot of sweet military hardware to dig through. You'll find everything from old biplanes and burly bombers to more modern jets, and each craft looks outstanding. Gaining access to them is a slow but satisfying process that makes each match you play, no matter how short or long, feel like it's contributing to your overall progress.

Your first few aircraft are flimsy and get torn apart quickly in direct fire. Spending accumulated experience earned with each craft lets you access new planes and upgraded parts for each one, ranging from engines and guns to armor and special bullets. That's when they become a lot more formidable and fun to fly. It's a two-stage process, however. Once you spend experience to gain access to each additional ride and extra parts, you have to shell out accumulated in-game cash to actually buy and equip them. It's a grindy system, albeit one that lets you get a lot of cool stuff without having to pay actual cash.

Spending real money on gold currency is needed if you want to expand your hangar to hold a larger number of planes at once, or to speed the whole process up, but you have a good amount of starting space to work with. A small handful of souped-up planes can only be obtained with gold. Aside from being a bit more powerful than their non-premium counterparts within the same class, these craft are not necessarily the absolute best you can fly, but they don't require research and they give you a boost in earned credits and experience. Elsewhere in the shop, you can purchase gold, credits, and temporary packages that boost your experience gain. These purchases range from reasonable to extreme in price, but they give you a solid advantage by providing quicker access to upper-tier crafts and powerful ammo.

World of Warplanes' maps are packed with beautiful scenery both at ground level and in the skies. Diving close for bombing runs gives you a closer look at ships, buildings, and infrastructure, while the sun and cloud lighting effects are beautifully captivating. Flying high gives you a strategic advantage to divebomb planes below you, and cloud cover can obscure the view, allowing you to spring a sneaky surprise. The map topography and ground-level designs make a much bigger impact on combat when you drop down to hug mountain peaks, buzz past AA guns, and rocket through deep canyons to try to shake someone on your tail. Despite the game's good looks, it stinks that the map rotation is so limited. Each setting is impressively rednered, but you can't pick which map you play on in a given match. This leads to lots of matches where you fly over the same few vistas, adding to the repetitiousness of the experience.

Taking to the skies in a seemingly endless string of short and intense matches proves to be a lot of fun in World of Warplanes, even when you feel caught in a time loop playing the same maps ad nauseam. Every encounter is pleasantly unpredictable, and the crazy kills and near misses keep the steady grind for cash and experience interesting. Ultimately, it's the variety of planes and unlockable goodies available for each aircraft that keep you pushing through the more limited, recycled stretches of this airborne assault freebie. There's room to grow here, but World of Warplanes leaves the runway with a sound foundation intact.

View Comments (46)
Back To Top
7
Good
About GameSpot Reviews 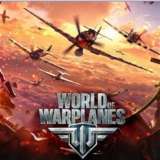 Nathan Meunier is no stranger to the unfriendly skies. From bombing runs to dogfights, he's been locking and loading in the cockpit since the early days of the flight combat genre. For this review, he tested out lots of different planes and engaged the enemy in more than 85 matches. 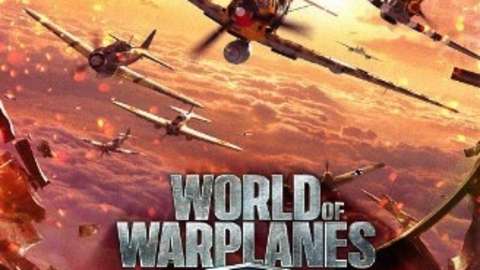 World of Warplanes is a stand-alone free-to-play game being developed by the team that created World of Tanks.