The spellbinding world Blizzard spun into existence eight years ago has been a stalwart presence in the realm of massively multiplayer online games. World of Warcraft is a pioneer in many ways, though its core mechanics seem quaint and outdated considering the inroads made by other games since WoW's original 2004 release. Nevertheless, it's still the online hangout of choice for subscribers who cling to the nostalgia factor: glorious raids of the past, milestones achieved, relationships destroyed. The indomitable role-playing game powerhouse is still a pretty big deal after all these years--and Mists of Pandaria offers another reason to cling to this familiar world.

The expansion acts as a sentimental renaissance for longtime devotees who have been there since the original WoW beta, as well as a welcoming launching pad for newcomers on the fence about committing to the monthly fee. It's simultaneously alien and traditional, with brand-new content to explore that still channels the charm amassed the ambitious project's enormous fan base.

The continent of Pandaria brings a different dynamic to the world of humdrum sameness that has permeated any number of high-fantasy multiplayer experiences over the years. When you launch the expansion for the first time, the distinct Asian flavor of the sprawling landmarks and sweeping mountain ranges get those exploration urges gnawing at you once more. Whether you're traversing the breathtaking Kun-Lai Summit or trudging through the lush Jade Forest with loads of verdant greenery dotting the countryside, Pandaria is a whole new side to World of Warcraft that reignites the spark for adventure that, for many, peaked in the days of The Burning Crusade.

But as aesthetically pleasing as the continent of Pandaria is, a fresh coat of paint can't single-handedly revitalize an entire world. It sorely needed the aid of the additional playable Pandaren race and the monk class to turn established conventions on their heads. Fortunately, nods to modernization abandon older barriers and break new ground. These changes haven't affected classic questing, which usually involves killing X number of creatures to collect Y amount of loot to exchange for Z. It's tempting to call out Blizzard for content mired in tired trappings such as these, but Mists of Pandaria exhibits little tiredness: the grind feels fresh, effervescent even, especially in the moments from levels 85 to 90.

Questing has never felt so immersive, with assignments ranging from the frivolous to the stoic, including references to the Alliance and Horde conflict that rages on--welcome, grounding narrative touches in a fantasy land filled with pandas and adventurers. No matter the importance of the quest you're picking up, there's a sense of fitting into the goings-on unfolding around you. There's the feeling that you're contributing to the machinations of how the land grows and evolves. And that's something that keeps you coming back for more long after the appeal of looting has faded.

Unfortunately, Pandaria's social aspects are muffled by world phasing and linearity. Group questing has always been a main draw for WOW as a whole, and while Pandaria still supports grouping of course, most of the quests here feel more appropriate for a single-player session in the vein of Star Wars: The Old Republic's quests. That's not to say there isn't any room for enjoyment with friends. It simply feels like the focus has been shifted to solo questing and plot advancement. Fortunately, plenty of options for adding others to the fold come in the form of tactical scenarios requiring three players, where a group is thrust into different situations that keep things casual.

If you crave a greater challenge, you can tackle the more formidable five-person dungeons; they go by quickly if you're up for the challenge, but evoke the toughest bits and pieces of Wrath of the Lich King's boss battles to put you through your paces. After exhausting these, there are the multitude of Challenge mode dungeons to wet your adventurer's whistle, which offer rewards in the form of cosmetic gear, achievements, and more depending on your finish time. Challenge mode dungeons can test your proficiency, and are thus a fine measure of skill for players looking for the more austere side of Pandaria. Alternatively, you can explore two new player-vs.-player battlegrounds: the Temple of Kotmugu and the Silvershard Mine, both glittering and polished takes on established concepts that work well.

Past the gorgeous setting and social play are the "kung fu pandas" the game community treats with such scorn. The Pandaren can side with either the Horde or Alliance factions, but their inclusion feels no more out of place than the races that came before them. It's easy to look at the dual-hued mammals and assume there's only fluff beneath their adorable exterior, but you'd be underestimating their place in this universe. These beer-loving bears have embarrassingly frivolous conversations about their favorite brews and tell emotionally affecting tales of rising tensions between Horde and Alliance warriors. There's more to them than meets the eye. Additionally, the monk class offers deep physical combat options that draw on one's inner strength and focus on hand-to-hand prowess rather than weapons. It's a versatile class that's loads of fun to play, whatever combat role you might choose.

No matter how much progress you've made in Mists of Pandaria, you're never left searching for a new quest to undertake or a mission to accept. Activities find you, whether you partake in the daily quest system or dabble in the Valley of the Four Winds' farm simulation endeavors with the end result of nabbing your own cloud serpent as a mount.

The pet battle system feels a little too familiar, having borrowed much from Pokemon and other similar monster-raising systems, but it's a boon for players with numerous pets looking to kill some time. In fact, pet battles should have borrowed even more from its inspiration: supposedly "rare" pets aren't difficult to find, as the term refers not to the species' actual rarity, but to its quality. Any sense of discovery is diminished by the fact that clear, concise instructions on when and where you can obtain each pet are included in the pet log from the outset. This system, and others, may feel light in scope when compared to the rest of the content included with the expansion, but in some cases, your efforts are rewarded with valor points, so the game at least understands that your time is valuable. Check out everything Pandaria has to offer, and you shall reap the rewards.

There's plenty to do within Blizzard's latest labor, even if most of the new content relies on reparations to preexisting mechanics we've seen before. Rather than veering in a completely different direction and risking alienation of longtime fans, the core concept is focused on solidarity. Blizzard chose to aim for what WOW fanatics enjoy about the world itself and what could be done to improve it as a whole, even if that meant stepping out of a comfort zone filled with orcs and dwarves to broaden some horizons. A new race, an additional playable class, story-rich questing, and a menagerie of things to do work together to ensure that Mists of Pandaria is another quality World of Warcraft expansion. 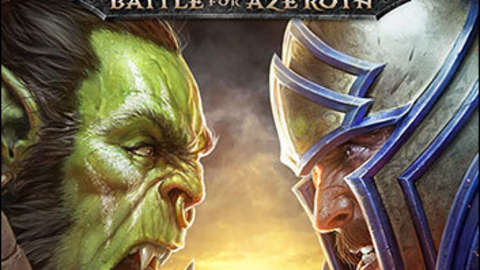 World of Warcraft is a massively multiplayer online role playing game that takes places four years since the aftermath of Warcraft III: Reign of Chaos where thousands of players can interact within the same world, from adventuring together to fighting against each other in epic battles.