Burly and menacing, tanks are an enticing tool for turning the tide in any pitched military conflict. There's also an undeniable coolness to them. Why drive around trees, walls, and foes when you can crash straight through them unscathed, right? Raw power and heavy guns are the primal ingredients that drive World of Tanks, an online multiplayer shooter that reimagines what mid-20th-century warfare might be like if it were fought solely with rolling metal doom machines. But even if you're titillated by the brute force of hammering explosive shells into your adversaries until they erupt in flame, it's the thoughtful emphasis on strategy and the unpredictability of every encounter that keep matches interesting over the long haul.

World of Tanks' 15-on-15 matches get off to a zippy start, spurring your battalion to spread out quickly across the map to destroy all of your opponents or capture their base before they nab yours. A diverse range of terrain layouts in each battlefield create natural choke points that speed you along toward the opening volleys of cannon fire, and once things get crazy, it's rare that a match bumps up against the 15-minute time limit before one side is declared the victor. This streamlined pacing helps counteract the sluggish nature of the many tanks you'll command. Sure, you might move along at a slow pace, but you're never very far from the action, and that's a great thing.

Getting killed is serious business, however, since the annihilated tank is unavailable until the match is over. This prevents you from immediately using a tank that gets destroyed, which is a minor pain at times. The upside is that you're free to grab another available tank in your arsenal and dive into a different match in the meantime. It's a mechanic that gently pushed me to experiment with other tanks I was initially less interested in, broadening my armored horizons in the process.

The balance between simulation-level tank geekery and accessible arcade-style control is carefully tuned here. Each historical tank sports an authentic visual design, and everything from how tanks handle to the way taking damage impacts their performance is realistic enough to satisfy most serious enthusiasts. Get a tread blown off, and you're either hamstrung or immobilized, depending on the damage level. Take a direct hit from an armor-piercing round, and your gunner might get killed, leaving you prone and unable to fire. This unpredictability is refreshing and plays nicely into how tactics unfold. At the same time, it takes only a few minutes in the short tutorial to get a feel for maneuvering and firing. Swapping between a third-person view for short-range combat and a first-person, down-the-barrel perspective for long-range aiming is as speedy as it is seamless. With less to fiddle with on the control front, you have more room to focus and react when it counts.

Rather than being a chaotic free-for-all, World of Tanks takes a more deliberate, strategy-minded approach that favors tactical prowess over outright brazenness. Barreling headlong into the middle of a firefight with your cannons thundering--even in a more heavily armored tank--is a quick way to end up a pile of smoldering scrap. Instead, thoughtful planning prevails more often than not. Using the terrain to your advantage, you can hide behind bushes for camouflage, use hills and buildings to hamper incoming artillery, and position your tank at an angle to spread out incoming fire and increase your chances of survival.

Stealth is another important element that can boost the fun. Keep from being spotted, and you can skirt around just outside of the action and flank your foes for an ambush or make a beeline for their base when the path is clear. It works both ways, though, and scouting ahead and spot-marking enemies for your group to swoop in on is equally important.

All of this emphasis on thinking on the fly over outright reliance on twitch reflexes makes for slower-paced gameplay, which might not suit some players. But the strategic flexibility and large-scale team collaborations keep matches from stagnating--even when you're playing the same cycle of maps over and over again. World of Tanks can get repetitious until you open up more tanks and more territories to fight on. Fresh maps pop up at a reasonable pace, with new areas unlocking as you work your way up in rank. That said, expect to see lots of the same terrain over and over again for spells.

Thankfully, your fellow squadmates and their behaviors also ensure that few matches ever play out the same way. Using a headset is the simplest way to work alongside your team efficiently, though basic communication presets also let you issue orders to your teammates. Whether they follow them is another story. But it's a handy system and, like most areas of World of Tanks, it's easy to use.

The sheer tank variety and absorbing progression system ultimately trump some of World of Tanks' minor grindy moments. Spread out across three different countries, each with its own branching trees of vehicles and upgrades to unlock, the breadth of rolling thunder available is staggering. There's a huge assortment of light, medium, and heavy tanks that are also bolstered by a mix of tank killers and vehicles specializing in long-range artillery. Each looks and handles quite differently, and you can use experience and cash earned from your performance in battles to upgrade their firepower, maneuverability, and other critical stats.

Unlocking all that World of Tanks has to offer is a slow but satisfying pursuit that helps to cement long-term interest in diving back into the fray. You start with a single tank from each country, and a limited number of bays to add new vehicles to your fleet. Aside from a few special tanks that cost a bit of real-world coin and pack a mighty powerful punch as a result, you can eventually access everything without spending a cent. If you do feel inclined to drop a little actual green to buy power-ups, tanks, and other perks, the good news is that a little money goes a fairly long way, provided you don't want to get immediate access to everything.

Match structuring and tank types help provide necessary balance, keeping things from devolving into a pay-to-win situation. Even among the higher tiers of tanks at your disposal, the strengths and weaknesses of each vehicle keep any single player from being too superpowered. The way matches are populated by a range of vehicles from different ranks within a range of similar tiers further keeps battles from being too one-sided. It's not so much the size of your tank, as it is how well you use it and how cohesive your team is.

World of Tanks has some room to grow until it mirrors the heavily updated PC version, but the smooth transition to the Xbox 360 is off to a great start, offering tons of tanks and a strong online player base to dive into. The strategic large-scale tank battles pair with a deep progression system to give everything a greater purpose and deliver a real winning combo.

After taking to the skies in World of Warplanes, Nathan found that a more grounded approach to combat fit the bill nicely. He battled extensively through World of Tanks' freebie and paid content for this review. 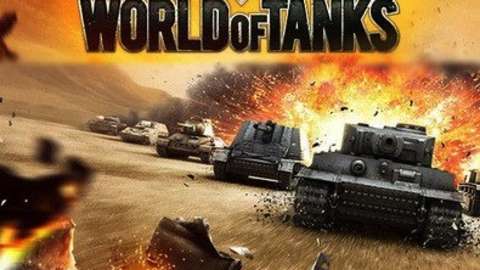 World of Tanks is the first and only team-based massively multiplayer online action game dedicated to armored warfare.