World of Demons Review - A Cut Above

Developer Platinum Games' style is instantly recognizable--flashy, fast-paced action that oozes with personality and flair. World of Demons brings that signature style to Apple Arcade, giving you control of a samurai named Onimaru and thrusting you into, well, a world of demons. That successful Platinum formula translates well to iOS devices, with simple touch controls and quick action that looks and feels great on the smaller screen. There are some issues lying underneath--mostly in the camera system--but those problems aren't enough to derail this otherwise solid action experience.

World of Demons follows Onimaru, a lone samurai fighting against an army of vicious demons called yokai. Our hero is building an army of his own, however, as every enemy he defeats will join him in the fight against the game's main antagonist, the demon king Shuten Doji. Onimaru himself controls exactly like a Platinum Games protagonist, deftly running around stages while slashing with his massive katana. Consecutive presses on the attack button will result in stylish combos, with better rewards given for higher combos at the end of a skirmish. Holding down the button will slow attacks down, making strikes more powerful but making you vulnerable to enemy counterattacks.

The yokai Onimaru battle comes in all shapes and sizes, from small bean farmers to massive pink blobs, each with its own attack abilities. Each yokai is assigned a color (red, blue, or green), with each color having strengths and weaknesses over the other in a rock-paper-scissors system. Defeating a yokai adds it to your collection, and before each chapter you'll be able to equip two yokai for the following mission. Other yokai defeated during the chapter are added to a "deck" and disappear after one use.

Allowing you to have two yokai you can always depend on, while also adding more throughout a mission, creates a dynamic battle system that really shines. Paying attention to each enemy's health bar and attacking with corresponding yokai adds a layer of complexity to each battle that feels natural and fun, making the yokai more than just glorified summons. You'll never know which yokai you'll encounter in a mission, but the rock-paper-scissors element mitigates any detriments caused by that instability.

Mixing Onimaru's sword attacks in with the supporting yokai gives you plenty of options in combat, encouraging strategizing before every enemy. Boss fights in particular require this approach, as you need to gauge when you can switch from quick sword strikes to the more powerful blows while also using yokai to inflict more damage. It's fast and it's frantic, but most importantly, it's a lot of fun, emulating that signature Platinum Games style impressively well.

It's not a perfect translation however, as I found one major annoyance during my run with the game: the camera. As World of Demons uses a touchscreen control scheme, character movement and camera movement are assigned to the screen itself. The left half of the screen controls character movement, while the right controls camera movement. The problem with this is the camera half of the screen is obstructed by the rest of the touch controls, giving you only half the amount of screen for camera movement that you have for moving Onimaru. This makes the camera awkward and confusing both in and out of battle. An auto-targeting system tries to counter this by zeroing in whichever enemy you're attacking. This works to a point, but the camera is easily the most frustrating part of what is otherwise a solid game.

World of Demons looks wonderful, with every stage looking like it was taken straight from a ukiyo-e wood print (most reminiscent of a game like Okami). Each area jumps off the screen with color and beauty, and even darker stages feature personality, with blue waves crashing in the background or swelling dark clouds blocking your path in the distance.

You'll have the opportunity to take in the sights, too, as the game encourages checking every nook and cranny for items and loot. Each map is divided into sections, with each section featuring a certain number of battles to fight and treasure to find. Once everything in a section is completed it will turn gold on your map with a red "Complete!" stamp, letting you know there's nothing left to find.

This map format does lead to one minor complaint, however; missions can sometimes feel repetitive, with the game's only variety being found in the yokai that appear during battles. When you start a mission, you'll see a purple cloud marking your first battle point. You'll approach the cloud, and a dramatic two-second pause occurs before yokai appear. You'll fight the yokai and a statistics screen pops up to give you a grade for the battle. Once that goes away you can continue to the next point, and rinse and repeat until the final battle of the chapter. There's some exploration thrown in, but the bulk of each chapter follows this exact same structure, and after a few extended gameplay sessions, it starts to feel a little stale.

One feature that I truly appreciate is the ease in which World of Demons allows you to get back into the game in between play sessions. Say you're trying to explore an area but your attention is pulled elsewhere, forcing you to close the game and quit playing. When you load back up you'll be in the exact spot where you left off, and the map will even pop onto the screen to remind you what you've explored so far. Being able to trust this game to take me right back where I left off is a huge relief, and something I wish more mobile games would do with such precision.

World of Demons proves that Platinum Games' trademark action can flourish on small phone screens. The yokai mechanics are smartly implemented, while boss battles are intense and rife with adrenaline. The camera issues can be annoying, but they're not enough to ruin the thrilling experience onscreen. A Platinum Games title working well on iOS sounds like a long shot, but World of Demons is not only a fun mobile action game, but a solid title regardless of what platform it's on. 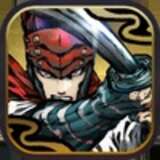 Jason Fanelli sliced and diced Yokai for ten hours, seeing the game to completion. The app was downloaded from Apple Arcade. 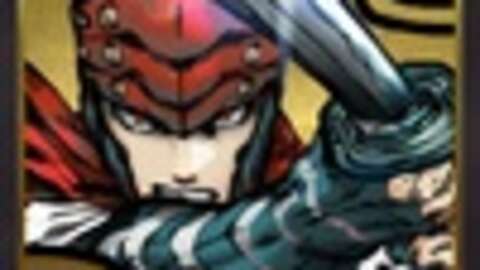