World Heroes offers eight playable characters, as well as a good variety of attacks and combinations. It also offers the choice to fight in standard 2D backdrops or in deathmatch arenas littered with spiked walls and exploding mines. The game looks and plays worse than later NeoGeo fighters, but its charming characters and levels still stand the test of time.

In this satirical send-up of Capcom's classic, the Ken clone has a giant mane of orange hair and the cyborg looks just like M. Bison--except he can extend his limbs like Dhalsim. If you play your cards right, you can set up a match in the middle of a circus between a Hulk Hogan look-alike and a female knight. Some of the little details evident in the backgrounds may also cause you to crack a smile, such as the lions being pushed around in their cages on the circus stage or the riders on horseback in the China backdrop shaking their heads whenever you get smacked upside the head. Fittingly, the music is cheesy, as are the gibberish vocal comments the characters make every time you perform a special attack.

Like the other NeoGeo games that have been released for the Virtual Console, the emulator running this one does so accurately apart from one problem that seems to affect a small group of people. Some people have reported that the video output goes black when they try to play the game on a high-definition display with the Wii's video output set to 480i. Many of them have reported "fixing" the problem by pressing the home button to pause and restart the emulation, but that hasn't worked for everyone. Hopefully, D4 and SNK will release an update to address the issue. Apart from that one blemish, the graphics are colorful and sharp, while the audio clarity is excellent. The screen dimensions and overall game speed also match the output of a real NeoGeo AES console.

World Heroes was kind of a neat game for its time, and it has held up reasonably well in the years since it first graced the NeoGeo hardware. Of the three NeoGeo titles currently available, this is the most recommendable, though that recommendation depends entirely on how much you want to play a decent Street Fighter II clone--especially since the Virtual Console already has no less than two versions of Street Fighter II up for download. 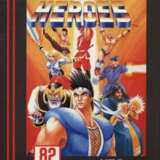 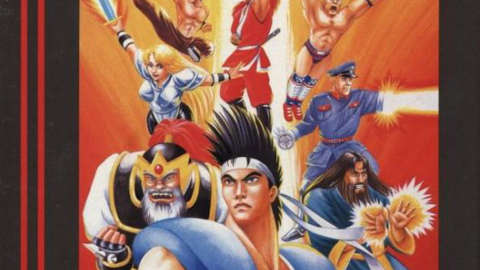