Where would we be without hangman? The timeless game has helped meetings go by quicker, students study vocabulary, and young artists practice their doodles of poor stick figures dangling on the gallows. Now the spirit of the classic game comes to the DS in the form of Wordmaster. No, you won't be watching a virtual victim swing from a noose when you guess the wrong letters, but you will experience the same smug satisfaction of guessing the right word before it's too late.

The three modes in Wordmaster all revolve around guessing six-letter words. In the main mode, Wordmaster, you're given a category--something vague like "occupation" or "animal kingdom"--and a set number of tries to guess the correct word. After guessing five words correctly you play a timed bonus game, which involves guessing the missing letters from a set of words, before moving on to the next set of words and a higher difficulty. Moving to a higher difficulty means harder words and fewer tries. If you can make it to the final Wordmaster difficulty you'll unlock the bonus game as its own stand-alone mode.

The other modes include Practice, which lets you try out each of the five difficulties; Anagram, which mixes up a word and tasks you with unscrambling it; and, finally, the aforementioned Time bonus mode. Words seem to repeat often in the Anagram and Time modes, so don't count on those modes staying challenging for long.

Wordmaster is as easy to play as any game of hangman. Holding the DS like a book, you can take advantage of the decent writing-recognition system and scribble your letters out, or you can bring up a keyboard. The writing recognition works well enough, but it feels like it was tacked on because of the touch screen, not because the game needed it. The keyboard is the better option because it keeps track of the letters you've already used and you don't have to worry about it misinterpreting your handwriting. In Wordmaster mode, if you get a letter correct but it's in the wrong place, it will show up red. If the placement is right, it will be green. On the lower difficulties, you have so many tries that these color cues make it easy to sort out the letters through process of elimination, even if you don't know the word. The higher difficulties aren't as nice, and feature words like "kabyle" and "teasel," which apparently are real words.

Just like a real game of hangman, Wordmaster doesn't last long. You can see all the game has to offer inside of an hour. Other than the obscure words and fewer tries, there aren't any new features to unlock as you progress. The only incentive to come back for more is to watch the line on your graph get higher, or expand your vocabulary of six letter words, and if you're playing the game to do that, you might as well read a book.

Despite being a little odd, the totally inexplicable Eastern theme looks nice with its bright colors and crisp detail. The portly Wordmaster, Sum Ting Wong (you read that right), sits in the corner and judges your performance with a variety of nods and claps. Word puzzles roll out on frayed scrolls and the writing area resembles a sand pit, complete with rake eraser. A couple of dragon backgrounds and soothing music top off the strange but enjoyable presentation.

Wordmaster isn't a bad game, and fans of crossword puzzles, word searches, or sudoku might enjoy knocking out a few puzzles before bed. Even so, it's hard to recommend paying for something that could easily be found online for free. 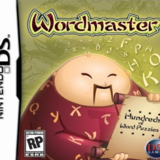 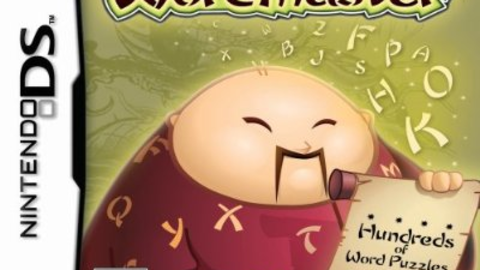 Based on the classic style of the "Mastermind" board game, Wordmaster will have you using your vocabulary and spelling skills to deduce hidden six-letter words.