At several different points during Wolfenstein: The Old Blood, you encounter spots where B.J. Blazkowicz can fall asleep, prompting dream sequences that stick the modern, polygon-constructed B.J. into various levels of Wolfenstein 3D, complete with low-resolution graphics and flat sprites. Functionally, it plays almost identically to the original, but vestigial bits from the modern day, like vertical aiming, stand out, especially if you clearly remember experiencing Wolfenstein 3D for the first time. Also, the game's use of sprites gives it a similar feel to a shooting gallery where you get to walk around and explore. It's a stark reminder of how far the series--and games in general--have come. The same can be said of The Old Blood as a whole, and although it stumbles attempting to reconcile old and new thematically, its varied encounters deliver the primitive thrill of clearing a room in a hail of bullets and blood.

If this sounds familiar, it's because Wolfenstein: The New Order did the same thing by juxtaposing B.J., an old-school shooter protagonist out of time, with modern first-person shooter design sensibilities. The Old Blood is a lot less subtle about it, though by necessity. Set before B.J. gets his head injury and goes into the coma that leads to his involvement in The New Order, The Old Blood reunites him with the setting that made him famous: Castle Wolfenstein itself. The first part of the game involves infiltrating the castle in order to find the location of the Nazi headquarters. B.J. is more in his element in the World War II setting, and though there's still advanced technology, it's more in line with what you'd expect from pulp Nazi superscience for the era--much like Wolfenstein 3D's level of technology, in fact. The game practically hits you over the head with parallels to the past: the attack dogs, the giant robot you face right at the beginning of the third chapter, the secret areas you find.

And yet we still see the same thoughtful modern design implemented in last year's The New Order interlaced with the callbacks to days past. Firing guns feels both effortless and flexible, with each weapon boasting distinct modes for different situations (such as the assault rifle's automatic and semi-automatic modes), as well as dual-wielding options. Instead of just setting you loose in a sprawling level as you shoot at flat enemies, The Old Blood ebbs and flows as it constantly changes up each encounter's focus, creating an excellent sense of pacing. Action-packed shooting sequences couched in open, cover-laden levels alternate with more freeform stealth sections that don't object to you taking a more direct approach. There are even portions where you're encouraged to run rather than fight. Tying the level design together is some seriously great enemy AI, who intelligently flank you and take cover, yet are not so smart that you can't use cover to outmaneuver them. Everything about the way The Old Blood plays exemplifies the diversity of modern FPS design, and the game does so in a way that's on point and fun.

The Old Blood also illustrates where we're going in games and what we're leaving behind. Yes, you still have to fight past dogs, but they also happen to be wearing dog-sized body armor that you can harvest, and instead of coming at you at a crawl, they realistically rocket towards you and tackle you as they try to shred your meat to bits. Yes, you still fight a giant armored super soldier in the third chapter, but when you do defeat it, more troops come pouring out and you're forced to weave in and out of the foyer you just fought in, giving the level new dimensions. And those secret areas? You no longer have to press up against every wall in a level, mashing the confirm button hoping to reveal a sliding wall. Instead, there really are secret areas that can be found through normal exploration. It's amazing to see how design has become both more simplified and more complicated over the years.

We also see shades of a somewhat self-aware industry attempting to look at the past through a different lens. B.J.'s local contact, Kessler, is a stark contrast to the burly protagonist. Ever-defiant in the face of a Nazi-ruled future, Kessler and his late love fight for a Germany that rises up against the hateful regime, with his weapon of choice being leaflets rather than guns. He's also acutely sympathetic towards human life: in one memorable exchange he implores B.J. to avoid killing as many people as he can, which B.J. then willfully misinterprets to mean that he should kill as many Nazis as he can, a sentiment he emphasizes every chance he gets. We also see more fleshed-out versions of enemy combatants, albeit only through memos and a scene where you walk through a bar crowded with Nazi soldiers. We get glimpses of soldiers who still display care and affection for their families at home, even as they become upset because their lovers are dismayed at how the war has changed them, feel fear at the many occult studies and phenomenon they're being focused on, and buy into all the propaganda that litters this world. Even Helga Von Schabbs, the antagonist of the game, is granted some character development in her lifelong fascination with adventure and her potentially royal lineage.

Even so, B.J. still sees them as the same flat characters as he sees in his dreams, good for only one thing: killing. The game's mechanics almost never encourage you to leave any Nazis alive. Quite the opposite, in fact. In the end, this is a blunt, muscular, bare-chested romp through levels full of deadly moving targets, even during its subtle moments. As a dumb action game, The Old Blood has the chops. But it fumbles when it attempts to introduce gray areas into the game. Whether it's Kessler's empathy or the supplementary notes you find, The Old Blood seems to have something to say about the evolution of games, but never arrives at a solid point. The sledgehammer that is B.J.'s philosophy always wins out, stranding the gray areas in a game that clearly won't give them the time of day.

Then again, maybe games haven't changed as much as we like to think. The second half of The New Blood changes up enemy types by replacing fully functional Nazis, the default enemy type of the old era, with zombies, the go-to foe of the modern one. It's initially a nice change of pace from the terse shooting arenas that came before, but it's hard not to think of them as a downgrade, turning a mechanically-smart dumb action game into a brain dead one. Don't get me wrong: mowing down zombies with a sawed-off shotgun is a classic scenario, but the waves and waves of corpses pouring at you can't help but feel disappointing after you've experienced the smart design of part one.

Clearly MachineGames has big ambitions and understands the nuance that can be evoked in the medium. And The Old Blood certainly displays intelligent action FPS design that's fun and effortless to play. Just don't expect the deep examination the game hints at to go anywhere. Here, the gloriously dumb (yet smartly designed) reigns. Progress can wait. Long live The Old Blood.

View Comments (64)
Back To Top
7
Good
About GameSpot Reviews 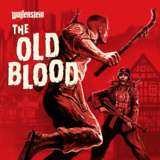 Jeremy Signor spent around ten hours killing Nazis, zombies, dogs, and robots. In the process, he realized he's been doing some variation of this for decades now. The more things change... 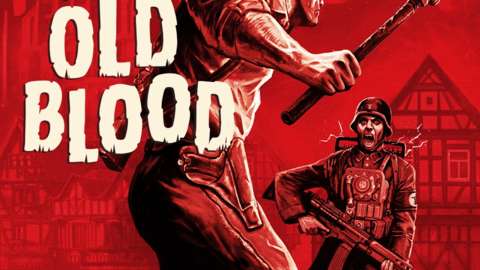