Wings of War is a simple but lengthy and often exciting single-player experience that's a real credit to the world of budget-priced games.

Wings of War is a World War I-themed flight combat game from an unknown Czech developer that arrived with virtually no publicity and a budget price tag. Not exactly a pedigree that inspires much confidence in the final product. Against the odds, however, Wings of War turns out to be a pleasant surprise. It's a solid, polished action game set in a refreshingly underused era.

Although it features a historical setting and combat between realistic-looking period aircraft, about the only thing Wings of War has in common with a hardcore flight sim is that they both feature objects suspended in the air. The game's flight model is arcadelike and wildly forgiving. It's almost impossible to stall the planes, you can bounce them off of obstacles with relative impunity, and, for the most part, they turn less like actual aircraft and more like the light cycles in Tron. They're also equipped with some distinctly non-period gear such as radar, shields, and missiles. On top of all this, the landscape is dotted with pickups that impart standard gamey bonuses like health and speed boosts. It's enough to give cranky flight sim fans a massive, collective stroke, but it's a solid foundation for a decent action game.

The game's campaign takes place across 12 huge levels, each one requiring at least an hour to complete. Rather than tell any sort of story, each level is simply a series of 20 or so vaguely connected tasks. Generally, they're doled out linearly, with your next task being assigned immediately upon completion of the current one. However, there are usually five or six optional bonus challenges that can be attempted at various points throughout each level. The variety of mission types is impressive: there's straight dogfighting, bombing runs, escort jobs, one-on-one duels, timed races, and even reconnaissance missions during which you'll snap pictures of ground targets. You'll also occasionally mount the rear gunner's position while a computer-controlled pilot flies the plane.

The tasks within a level are strung together with virtually no downtime between them, and except for the occasional timed or escort mission, you're generally free to take as long as you like to complete them. This gives you time to break off from the main fighting and scour the countryside looking for power-ups, which are either hidden inside destroyable objects, such as buildings and zeppelins, or placed inside open-ended hangars through which you need to fly. Not every enemy plane is part of a mission goal, either, and you'll often try to down a few in direct combat simply to keep them from harassing you during the mission. This open-ended structure leads to some pretty thrilling moments of risk versus reward as you fly defensively with a few planes on your tail, searching for a health or shield power-up that'll give you a better chance of finishing a particular task.

After you've finished the campaign, there's also an instant action mode to play in which you can set up deathmatch or team deathmatch games with up to 19 other planes across a variety of terrain types, seasons, and times of day.

The game's action is complemented by impressive, detailed visuals. The landscapes are beautifully rendered and feature a virtually limitless horizon, excellent sky and weather effects, the occasional flock of birds, and lots of activity on the ground. The two dozen or so types of available aircraft are carefully modeled, right down to unique cockpits with moving instruments for each one. The aircraft also break apart progressively, sloughing off a satisfying variety of flames, smoke, ripped canvas, and flying chunks of wood and metal. Enemy pilots will even occasionally manage a successful crash landing.

Unfortunately, the planes' details are largely cosmetic. Regardless of how they look, and even though each aircraft is rated in four categories, they're almost indistinguishable from each other within the relaxed flight model. This removes a lot of the incentive to unlock them, and robs the game of some needed extra depth.

The sound doesn't quite live up to the graphics. The voice acting is professional enough, but there are too few in-mission lines of dialogue, and they're repeated much too often. There also isn't much of an audio cue when enemies connect with your plane.

The Xbox version doesn't include any kind of multiplayer game, either online or split-screen. This is especially unfortunate given that the PC version of Wings of War includes several multiplayer modes. The Xbox version is also lacking some of the advanced control options available to PC users, and it supports fewer total planes in instant action mode. Given a choice, the PC version is clearly the one to get. That said, Wings of War is a simple but lengthy and often exciting single-player experience that's a real credit to the world of budget-priced games. 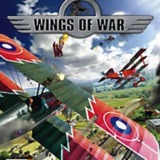 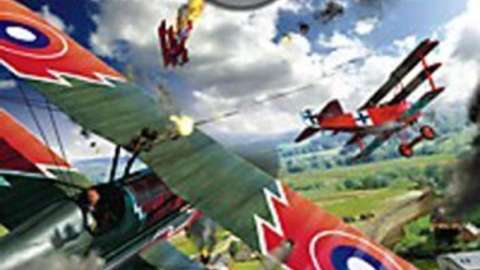 Wings of War is a surprisingly polished game that covers some unique ground in a thoroughly enjoyable way.