Every fan of RPG games should at least take a peek at this title.

It's getting pretty hard to make an RPG that really shines in today's market. After over ten years of playing Zelda or Dragon Warrior clones, the average gamer requires something more than the standard wander, kill, wander, solve puzzle, wander game. Final Fantasy VII had its stunning graphics, Dragon Force had its multiple play options, and Suikoden had its monumental cast - that's why they stood out against the backdrop of similar titles, and that's why they were great. Sony's latest US RPG, Wild Arms, takes a different approach. And although none of its component parts could be considered breathtaking, the game does EVERYTHING really well. The result is a fantastically entertaining and well-rounded product well worth the price of admission.

Like most Japanese RPGs, Wild Arms features a remarkably complex storyline full of demons, goddesses, and huge, overpowered weaponry. This time around a group called the Metal Demons is looking to destroy the entire planet and it's up to you to stop them. Here's where the game distinguishes itself from the status quo. Instead of merely reading a description of each of the players assigned to your party, you actually play through three separate mini-adventures in order to bring them together. The wanderer, armed with a mystic gun weapon, must save a child from deadly monsters (he also starts all of the trouble); the treasure hunter must free himself from an ancient trap; and the princess must finish her schooling and claim her birthright in order for each of three to find each other and begin their journey together. This method of storytelling proves very effective and really pulls you into the storyline without that trapped-in-a-rail feeling.

Perhaps this best thing about Wild Arms is its dedication to using many different types of gameplay. More than just a hack and slash adventure, Wild Arms puts you in several different situations in which you'll run, push and pull rocks, throw switches, and use a swarm of different items. Since all of these options are available to you at all times, the role-playing element never feels constraining.

Although it's no Final Fantasy VII, Wild Arms looks great. The standard top-down adventure format is improved by the use of fantastic special effects, 3-D monster battles with a moving camera, and smooth scrolling. Sound is also solid, with a really strange soundtrack that can best be described as techno-synth-country (as I said, it's weird).

Wild Arms is not without its problems. Several of the tasks that are put before you are extremely action oriented, which may be frustrating to RPG fans who don't have the quickest of reflexes (no offense folks, I'm just saying…). Still, the game's brilliant storyline, amazingly long play time (well over 50 hours for this reviewer), and multitude of character options make it very easy to overlook the game's weak points. Every fan of RPG games should at least take a peek at this title. 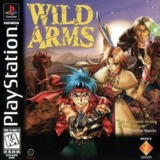 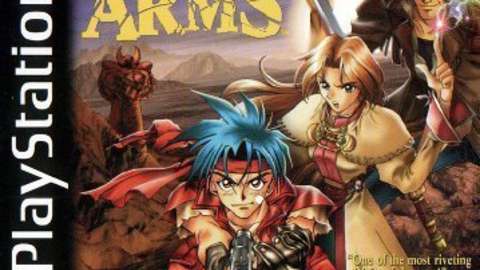 Every fan of RPG games should at least take a peek at this title.