Humor is the only thing Whiplash seems to really nail, and chuckles alone aren't enough to carry an entire game.

With the preponderance of grim, militaristic realism and exceedingly cutesy preciousness indigenous to many of today's video games, it's always refreshing to find one with some actual wit and humor. Whiplash, the latest platformer from Crystal Dynamics, finds its humor somewhere in between Looney Tunes-style slapstick and light absurdist social commentary. Unfortunately, humor is the only thing Whiplash seems to really nail, and chuckles alone aren't enough to carry an entire game.

Whiplash tells the tale of Redmond, a California white rabbit, and Spanx, a long-tailed weasel, who have been strapped together by a two-foot length of chain. Both animals were test subjects for Genron, a large, predictably evil corporation that makes products with either a horrible and disgusting purpose (like do-it-yourself surgery machines) or no discernable purpose at all. Having outlived their usefulness, the two rodents were to become a new, single rodent in the Genron Recombinator, which is a genetic blender of sorts. After launching a daring escape and enlisting the assistance of Genron's supercomputer, Spanx and Redmond aim to turn the tables on Genron by freeing all its animals and bringing the company to its knees.

The relationship between Spanx and Redmond is a sadomasochistic one. Spanx, the larger of the two, throws his weight around--literally--and uses the invincible Redmond to beat down scientists and security guards. Additionally, Spanx uses Redmond to jam pieces of machinery and to generally trash Genron's stuff. In the game you'll be controlling Spanx, and, despite the fact that there are two characters in play, Whiplash moves like your average platformer by drawing some obvious inspiration from titles like Rayman and Ratchet & Clank. Spanx can double jump; he can swing Redmond around in a slow-descent gliding move; he can scurry along pipes; he can slide along zip lines; and he can toss Redmond toward special floating orbs upon which Redmond can grapple and swing through the air. In your quest to stick it to "The Man," you'll inevitably square off against nasty human critters, like security guards, scientists, and teams of hazmat cleaners. You'll use Whiplash's combat system to dispatch of them all. Though you'll eventually earn some simple three- and four-button combos as you progress, the combat in Whiplash basically comes down to repeatedly mashing on the attack button. The controls are relatively responsive, though there's a little bit of slop to them. However, Whiplash is not a game of precision.

The game breaks down into easy puzzle-solving, some simple combat, and a little straightforward platform-jumping. As a result, the game doesn't prove to be terribly challenging. Spanx and Redmond can fall from incredible heights without taking damage; the game provides an abundance of health packs; and you have the ability to save at any point. The only time Whiplash becomes legitimately difficult is when you're stuck in a puzzle because the game is unclear as to what your objective is. This doesn't happen often, but it happens more often than it should. There's a fair amount of filler throughout the game, with the frequent corridors that are strung with lasers being the most shameless. Such filler is especially regrettable considering the game's relative brevity. The game's length, from beginning to end, clocks in at less than eight hours. The action in Whiplash is fine in concept, but, in execution, the game just feels as though it was rushed through development.

This sensation permeates the game's presentation as well, which has some decent qualities, but also gives the sense that lots of corners were cut. The most glaring visual problem lies with Spanx and Redmond themselves, in addition to how they move. Since Spanx is in control, Redmond is forced to follow. Most of the time he'll try to keep up the pace by running and jumping on his own, where necessary, but sometimes he just ends up getting dragged along. The problem here is that the physics involved with two objects that are tethered together is a hard thing to get right, and Crystal Dynamics is off by just a bit. It seems like Redmond and Spanx are constantly in motion. Even when they're standing still, they're constantly performing little dances or just kind of tweaking out, so a lot of the animation looks a bit jerky. The Genron facilities, where the game takes place, mostly consist of various laboratories and vaguely sciencey-looking rooms. Save for the copious hallways mentioned above, the game manages to steer clear of too much repetition.

The PlayStation 2 version looks pretty severely dumbed-down when compared to the Xbox version. On the PS2, textures look washed-out and flat, aliasing is pretty severe, and the lighting doesn't look convincing. Furthermore, particle effects or colored lighting--coupled with some somewhat intense action--cause the frame rate to suffer severely, and Spanx and Redmond seem to have even less frames of animation than they do in the Xbox version. The visuals in the Xbox version are passable, but they've degraded enough in the transition to the PS2 that it's quite noticeable.

Though the humans you encounter tend to only have three or four little phrases that they repeat over and over again, the rest of the game's voice acting--which comes up quite frequently in cutscenes and occasionally from Redmond during the game--is good. Spanx is the silent type, but Redmond talks almost nonstop. Thankfully, what he has to say is usually funny, and his manic, neurotic, squeaky delivery helps sell it. The game's score is largely inspired by film composer Danny Elfman, thus creating a nice balance between a dark tone and a sort of manic, frenzied energy. All told, the sound design in Whiplash is one of the game's most fully developed and satisfying components.

Beneath its seemingly twisted veneer, Whiplash is really just a cut-and-dried platformer. A good sense of humor can make up for a lot, and this fact is what makes Whiplash significantly more endearing than it otherwise would have been. That it's a relatively straightforward platformer isn't a bad thing, but the game's rough edges and its overall presentation of seemingly unfinished work are much more detrimental. It's funny, but it's also short, thus making it a fine candidate for a weekend rental--but not much else. 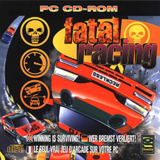 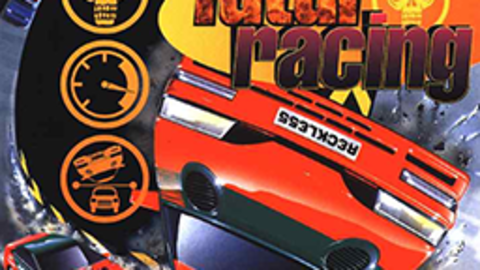 Humor is the only thing Whiplash seems to really nail, and chuckles alone aren't enough to carry an entire game.