What Remains of Edith Finch Review

It runs in the family.

The minute What Remains of Edith Finch puts its titular protagonist face to face with its slapdash Frankenstein's monster of a house, it seems the game is gearing up for a horror story, closer to Resident Evil than Gone Home. That's actually close to the truth in one sequence, but What Remains of Edith Finch ultimately tells a subtle tale with far more pensive ideas. It plays off a heightened sense of impending mortality, but terror never truly takes a physical form. These are simply the facts, presented as only the victims and witnesses could deliver them.

More specifically, the game follows young Edith on a trip to her family's abandoned, derelict home, built on a rural island off the coast of Washington state. Three generations of Edith's family have lived in this house--and three generations, with a single exception, have died early, sudden, shocking deaths of various causes under its roof. The Finches and those who know them consider this a family curse. Edith, however, is less interested in the possible supernatural implications of what befell her family and more focused on the circumstances that led them to their demise. And so, playing as Edith from a first-person perspective, you explore the house, this living monument to tragedy, not so much to learn the truth about her family but to accept it.

That's an important distinction to make. There's an elephant in the room that becomes clear early on, and it's ever imposing the more Edith explores the house: This is her fate. The specifics are unclear, but if there's one certainty about how Edith will finally die, it won't be of old age. As such, if there's anything resembling an ultimate goal to What Remains of Edith Finch, it's not in solving a mystery or unveiling some hidden backstory about the curse. It's about achieving grace in what's more than likely a graceless end through communion with the lives of her family.

As one might expect, this is an exploration game that stays out of the narrative's way as much as possible. The controls are blissfully simple, with only the two analog sticks and the R2 button needed to perform every action in the game. Every movement--opening a door, winding a music box, using a View-Master, even flying a kite--is performed intuitively, with very little in the way of a tutorial or UI necessary.

Things are a bit dicier with the actual exploration. The game does a stellar job of environmental immersion, with its beautiful tableaus of gothic dread and emptiness interspersed with moments of incredible vibrancy and imagination. But progressing further into the house beyond the first floor involves a rudimentary but unnecessary amount of travel through intertwining secret rooms and crawlspaces that no real people in their right minds would build unless, well, they wanted their house to be the setting for a video game. Once Edith finds what she's truly looking for in each major area, however, the game sinks its hooks in--and deep.

While the game isn't above a sense of humor or whimsy, it never forgets it's in the company of Death, a constant companion through an entire century of misfortunes in the Finch house.

Eleven total family members have died in the Finch house, and once they passed, the family sealed their rooms away, with their belongings intact. When Edith finds a final journal entry, last pictures, or crucial memento from their last days, the game seamlessly shifts to that family member's narrative. These vignettes vary not just in tone and particulars, but in gameplay style.

A father's final hunting trip with his daughter plays out through the eye of their camera, progressing as the player takes the perfect shots along the way, capturing the awkward final moment while on a timer. A little girl's dying fever dream sees her taking the form of various animals, ending up as a skulking tentacled beast taking out sailors a la Dishonored 2. A former child star's death is immortalized in an old-school, Bill Gaines-style horror comic, playable here in bold, cel-shaded, four-color beauty complete with the perfect piece of licensed film score imaginable. While the game isn't above a sense of humor or whimsy, it never forgets it's in the company of Death, a constant companion through an entire century of misfortunes in the Finch house. Its fatalism shapeshifts in every life it takes too soon; it's oppressive in the game's moments of joy, friendly in the face of misery, and never lacking in poetry.

That lyrical quality is where What Remains of Edith Finch finds its greatness: As Edith connects the stories together, weaving in a narrative all her own in the process, the game leaves players with the ultimate task of finding meaning in it all. Edith herself has her purposes, and once the credits roll, her own part to play becomes clear--but what it all means will vary depending on the player. There's no definitive "aha!" moment to definitively say the Finch family is cursed or convey what kind of judgment the game is passing on their choices. And yet, there's power and poignancy putting these final moments in the hands of the player, the knowledge and experiences of generations carried within them as the game plays on. It's macabre. It's often utterly heartbreaking. But it is undeniably powerful.

Developer Giant Sparrow managed to strike the delicate balance between joy and sorrow in 2012's The Unfinished Swan, but What Remains of Edith Finch transcends even the latent sadness of that game, finding the beauty--even sometimes the fun--in what's always fundamentally a tragedy. It's not often that a game's plot slips past the bitterness of grief to finally get to the acceptance, but that's the triumph in What Remains of Edith Finch. Ultimately, if the game has any resemblance of a moral, it's that the bravest, most beautiful thing every one of us does is choose to keep going, despite knowing what's coming.

View Comments (194)
Back To Top
9
Superb
About GameSpot Reviews 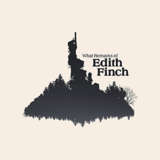 Justin Clark was able to play through What Remains of Edith Finch within two and a half hours, viewing all 11 stories and replaying two of them. A review code was provided by the publisher.