West of Loathing is not as simple as its art style might lead you to believe. Its black and white color palette, stick-figure characters, and crude hand-drawn art might appear to be devoid of personality. But in practice, its visual simplicity acts as a malleable canvas for its imagination to run away with reckless abandon. West of Loathing is an involved Western adventure game/RPG hybrid that embraces absolute absurdity with mechanical flexibility and comedic personality, making role-playing in its monochromatic old West thoroughly entertaining.

The backbone of the game is its jokes and ingrained humor. Every little thing in West of Loathing serves as either a punchline or the lead-up to one. It exists in the writing naturally--the main narrative involves a bizarre cataclysmic event involving demon cows and rodeo clowns. The flavor text is filled with irony and wordplay, and conversations with characters play out like short sketches. The sheer amount of jokes draws you into Loathing's crudely drawn and ludicrous world, but what's more impressive is that they rarely fall flat, and if they do, there's often another to draw your attention away immediately.

But West of Loathing's consistent sense of humor runs deeper, woven throughout your interactions and the game's menus and UI. Attempting to search spittoons for items will engage you in long lectures from the narrator as they attempt to stop you from doing so by describing, in great detail, how disgusting what you're trying to stick your hand into is. Choosing to playfully boast that "Sneaky" is your middle name will discreetly change your middle name on your character screen to just that. Searching a shelf and finding a book entitled "The Art of Silly Walking" will unlock a new character perk, which adds a new toggle in the game's system menu to visibly change the way your character moves in-game to everything from cartwheels to swimming. These are just a few very early examples of the game's sense of humor, but West of Loathing's commitment and follow-through on its jokes will surprise and delight you throughout its entire duration.

You begin the game by selecting from one of three different classes--farcical takes on familiar RPG character tropes. The Cow Puncher is a warrior-style class, the Bean Slinger uses legumes as a source of magic, and the Snake Oiler is the rogue equivalent. But although each class comes with their own set of unique skills, and a convenient option for auto-leveling will build out a nicely rounded character for you of that archetype, West of Loathing also allows you the flexibility of manually assigning experience points to build whatever kind of character you want. That means there's nothing stopping you from having a physically adept Bean Slinger who can also pick locks, or a Cow Puncher with a high moxie stat and the cunning required to outfox his opponents.

West of Loathing's combat consists of a simple turn-based system situated on a 3x6 grid. There are some small nuances to consider regarding positioning and using cover when facing opponents with ranged attacks, and a number of consumable items can be used in battle to cause various effects. But aside from the novelty of seeing the amusing enemy and ability designs in battle, combat is a straightforward affair.

What's more interesting about West of Loathing's mechanics is that it is as much of an adventure game as it is an RPG, and one of the by-products of this is that there are multiple solutions to any given problem--and there is nearly always a completely viable alternative to engaging in battle. Having the right item in your inventory (some of which have multiple uses both in and out of combat), enough points in a particular statistic, or certain abilities unlocked means that you can complete quests or resolve random encounters without violence and still get enough experience points to spend on character progression. If you don't have the goods to pass these skill checks when you first encounter an obstacle, West of Loathing allows you to come back later with the right stuff if you so desire; it doesn't force you into any combat situations without warning, and it's a very welcome, player-friendly decision.

There are a few minor issues--inventory management on Switch becomes cumbersome as you collect an increasing amount of things, fights with a lot of enemies can obscure some pertinent information, and the stakes sometimes feel a little too low to be completely motivating. But West of Loathing's focus on maintaining a flexible, open-ended nature and lighthearted, humorous feel keeps you engaged in what feels like an imaginative pen-and-paper Dungeons and Dragons campaign, led by a game master whose only goal is to make sure you're laughing and having a fun time. West of Loathing's visuals are monochromatic, but there's enjoyable comedy painted between every line, a pitch-perfect Spaghetti Western soundtrack, and a full spectrum of role-playing possibilities to choose from that make it a consistently enjoyable madcap cowboy jaunt. 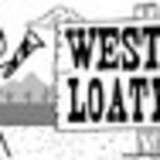 Edmond Tran played through West of Loathing as a Cow Puncher on PC and a Bean Slinger on Nintendo Switch. He always rides a pale horse.