Love the way you lie.

There's a certain thrill to a well-designed lie. You know it's something you're not "supposed" to do, but crafting an airtight fib is a test of imagination, improvisation, and grace under pressure. There are a lot of ways a lie can fall apart, though. Someone who knows for a fact that you aren't telling the truth can call you out on your deception. Do you double down and accuse this person of lying, come up with a new lie, or clam up because you know you've been caught? The best moments of Ubisoft's Werewolves Within test your ability to handle those precise situations.

Werewolves Within is a multiplayer VR game for Oculus Rift, HTC Vive, and PlayStation VR, and the basic concept should be familiar to anyone who ever played Mafia, Werewolf, or similar card games. Players are placed into groups of eight and then assigned a role to determine their win conditions. Villagers have to work together and figure out who the Werewolves are. Werewolves have to lie and misdirect the Villagers, or ensure their victory by having themselves and any other Werewolves vote unanimously for the saint. The Deviant has to convince everyone else that they're a Werewolf--if the Deviant is voted out, they win.

If you're a non-Saint villager, things start off relatively straightforward. You can tell everyone else your role. If you're a Tracker or a Gossip or an Astrologer, you have abilities that reveal information about the roles of those around you. Houndsmen can "sniff" the players sitting next to them and learn their roles. Trackers know if there's at least one "Werewolf" in half the group to one of their sides. Gossips have information that may or may not be true about members of the group.

But Werewolves and Deviants throw wrenches in these plans. If you're a Werewolf, how do you throw the party off your trail? One tactic is to wait for another member of the group to claim they had one specific Villager role--and then say they were lying, and that you have that role, casting aspersions on other party members. Deviants add even more chaos because it's their job to act as suspicious as possible.

As a Villager, it's impossible to have perfect information about the party because you never know who is lying to you. Good werewolves sow dissent amongst the party til it's total chaos and all of the villagers are at each other's throats because they don't know who to believe. The best deviants will be so wily that they'll have you convinced they're a werewolf who barely understands the rules of the game and is just asking to be caught.

For a game built entirely around social interaction, Werewolves Within unfortunately doesn't have enough safeguards in place to deal with abusive or inappropriate players. The game offers "mute" and "kick" options, but muting another player is pointless because all players need to be able to speak in order for the game to work, and kicking a player requires a majority vote from the group--a rare occurrence.

Bad apples aside, Werewolves Within proves that VR doesn't have to feel like an isolating experience. The immersion it affords makes you all the more convinced that you’re sitting in a circle, conversing group of people. Your avatar's head follows where you, the player, are looking, so if you're lying to another player about your role, there's a good chance you're looking them right in their "eyes" as you do it.

It isn't just the immersive nature of VR that makes the social stuff work so well. Player avatars are thoughtfully animated; when you speak, they move their mouths and gesticulate to communicate a wide range of emotions. The avatars can be so convincing that they become almost indistinguishable from the player controlling them after only a few rounds. The only exception is when a player's voice is dropped mid sentence--a bug that's unfortunately common.

There are so many ways that a Werewolves Within match can go down that it's also a shame the overall game is somewhat threadbare at launch. There's a single game mode, and that's it. Additionally, there’s no ranking system or even a way to keep track of your stats. If you want to know how often you win as a Werewolf versus how often you win as a Villager, you're out of luck. The game keeps track of no information of any kind besides trophies, which is a shame, because the core game offers so much to pick apart.

A week after launch, Werewolves Within has a seemingly dedicated player base, though not one big enough to prevent occasionally waiting 20 minutes for a "quick match." But the best matches--with a good group--are hair-raising, pulse-quickening experiences that are worth the wait. If Ubisoft can find a way to expand the community and add more incentives to return to the game, it's easy to see Werewolves Within becoming a regular haven for players looking to test their guile in VR. 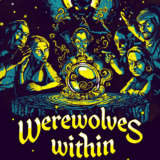 Don Saas spent way too much time in his youth watching professional liars ply their trade at the height of the poker boom and isn't sure if he should be proud of how many tricks of the trade he picked up. He spent eight hours with Werewolves Within for this review using a complementary code provided by Ubisoft.