Many of us desire peace in our twilight years. In Wayward Manor, the sentiment is equally true for an old, sentient house, which yearns for a tranquil retirement. This means that the boisterous family that lives there has to go, and it's your job as the manor's loyal poltergeist to move them out. Wayward Manor is a modest puzzle game, featuring plenty of good-natured charm and slapstick humor. But you're not the only one haunting the manor's creaking halls; an array of game-ending glitches provide more worriment than the game's dancing shadows, while the lack of challenge turn the second half into a snooze.

As the manor's sole guardian, you must move from room to room, scaring away the unwanted guests. You approach this goal by manipulating certain objects in a room marked with an eerie spectral glow. Using your paranormal abilities, you prey upon the family's deep-seated fears and anxieties, or frighten them with tactful snares, including mousetraps and a pirate ghost that slashes at them from a painting. You can rattle a stone bust, which grabs a victim's attention long enough for you to send a bottle flying toward her head, shaking her constitution. The sight of a rat sends the family maid into a panic, so why not have one scurry across her path, causing her to jump with fright? A successful scare rewards you with a green skull. The more skulls you earn, the stronger your presence in a room, allowing you to manipulate even more objects as you frighten the pants off various intruders. Once you collect six skulls, you activate a ghastly whirlwind that whips up loose objects, sending your hapless victim screaming out the door for good.

At first, there is a sense of discovery in solving Wayward Manor's puzzles, but the excitement dissipates more quickly than a specter in the sunlight. By the time you hit the third chapter, a cursory glance is all that is required to figure out each level's mystery. Gameplay stagnates, and there are only so many times you can whack one of the dopey characters on the head with a bottle before boredom seeps in. As you enter the game's third chapter, the lack of variety turns puzzle solving into more of a mechanical motion, over one that promotes the enjoyable analysis of the working parts. If you do find yourself at a loss, creatures such as cats, birds, and gargoyles located in the rooms offer advice on how to approach the puzzle.

The story is penned by Coraline author Neil Gaiman, and the game draws influences from the surreal book-turned-film. Narration is spoken in a storybook style, and Gaiman himself lends his smoky voice to the living manor during brief moments of exposition between chapters. Though the dated visuals of Wayward Manor won't win any awards, the game fully embraces its peculiar art style, which I found alluring. The multistoried manor is warped and cartoonish, yet still macabre, its dusty rooms lit by flickering candles or by azure moonlight creeping in through windows. The family inhabiting the manor is made up of diminutive caricatures exhibiting charming mannerisms, their voices replaced by the sounds of various musical instruments.

Unfortunately, I won't remember Wayward Manor for its interesting characters or art style, but for the menagerie of bugs and game-ending glitches that invoke far more tension than what my spectral hijinks could match. The most innocent of the issues include the whirlwind, which forces objects to clip through walls and people, and some occasional animation foibles, such as characters sprinting backward. Among the worst, however, is the surprisingly frequent gameplay bug that causes the puzzle and characters to freeze, unperturbed by my dismayed flurry of mouse clicks--there is nothing more to do than restart the level. In my playthrough of the game, I encountered the bug more than a dozen times. The final level was especially irritating, because a necessary puzzle piece refused to move into position, requiring me to restart about five times before the object finally clicked into place.

Wayward Manor, with its brevity and elementary one-button approach to gameplay, is not a complicated game. It's unfortunate, however, that the number of bugs infesting it make things so problematic and frustrating. The game's spooky ambiance and appealing nature are enjoyable, but not enough to overshadow the humdrum puzzle solving, nor to distract you from glitches. Wayward Manor puts a lot of trust in your abilities to remove unwanted guests, but it would have found equal success in calling pest control.

View Comments (12)
Back To Top
4
Poor
About GameSpot Reviews 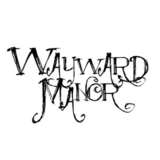 Cameron Woolsey spent several hours as the bump in the night, though he wishes less of that time involved hitting the reset button. For the purpose of this review, Cameron completed the game, winning the hard-fought battle against an army of game-ending bugs. 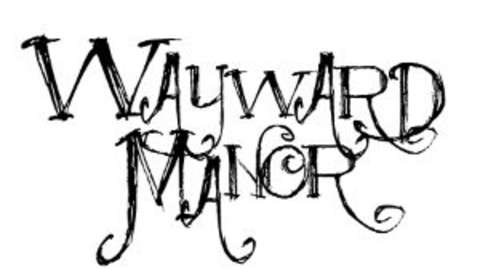 Neil Gaiman & Wayward Manor invite you to jump into the afterlife of a disgruntled ghost, trying to reclaim his house from its newfound owners.