Way of the Samurai Review

Those expecting Way of the Samurai to be the next Tenchu or Bushido Blade will come away disappointed, but all others should find the game pretty entertaining, warts and all.

Fans of the Tenchu series have been waiting for Acquire's first PlayStation 2 game with no small degree of interest, while a new developer works on creating Tenchu III. Acquire has tackled a different, although similar, theme with Way of the Samurai: Instead of playing as a ninja in feudal Japan, you act as a masterless samurai, or ronin. It would be easy to assume that Way of the Samurai might play much like Tenchu without the stealth aspect, but in fact they're distinctly different games. This one's most notable features are its branching storyline and, to a lesser extent, its complex combat system. Way of the Samurai is short and doesn't look like much, but it's an unusual game that can be a lot of fun.

Set in the period in Japanese history when the role of the samurai has begun to fade, Way of the Samurai sees you as a ronin who's wandered into a town where a feud rages between two rival clans. The townspeople are caught in the middle, and your own role in all of this is up to you. The game itself takes only a few short hours to play through, but there are a number of branching paths that lead to different events and endings depending on the choices you've made throughout. For instance, you begin the game near a bridge where a group of brigands are running off with a local girl. You can choose to confront them and save her, offer to help them, ignore the situation completely, or wait a few moments until her friend rushes to her aid. Help her and she'll offer to make you lunch at the restaurant she runs. If you go there, you'll meet thugs who've shown up to kick the shopkeepers out of town. After both fights, you're offered a chance to join up with the thugs' clan, which you can choose to do, or you can throw your lot in with the rival clan in town or ignore the feud entirely and just work on helping the townspeople. Based on the decisions you make, you see different story sequences, battles, and characters. The branching plot of Way of the Samurai is interesting, refreshingly original, and one of the best aspects of the game.

The next most important element to Way of the Samurai is its combat. The fighting in the game might appear similar to Tenchu at first, but it's much more involved. Special attacks are performed by combining the light and strong sword thrusts, jumping, and blocking. Blocking in Way of the Samurai is actually as complex as attacking. Pushing forward while your enemies block will knock them off balance and make them stumble momentarily, leaving them completely open to attack. Moving backwards while blocking an enemy attack will accomplish the same effect. It will likely take you the same amount of time to get down all the moves and timing as it will take you to play through the game, but once you get a handle on how to fight properly, you'll likely find yourself enjoying the game a lot more. You'll get hurt quite a bit up until then, but if you're fast enough on your feet, you might be able to sheathe your sword and run away to quickly gobble up a health-recharging carrot or mushroom, often nearby each battle.

The swords themselves are another unique aspect of Way of the Samurai. Special attacks vary depending on which sword you're using, so you'll spend a lot of time trying out your fallen enemies' weapons. Each sword also has a number of different attributes (durability, life, attack power, and defense power), which affect your character either positively or negatively. You might choose to equip a certain sword because it provides a boost to your life bar even though its attack power is below average. Conversely, a sword might be high on attack power but will lower your life bar. A sword's durability is represented by a series of blocks shown at the bottom left of the screen. Hitting your sword against an opponent's sword repeatedly will make the blocks begin to turn red and then fall away. If all the blocks fall away, the sword breaks. Staying out of a fight for a few moments will reduce stress on your blade, but you'll have to visit the town blacksmith to repair the sword's durability. He can improve your weapon's other attributes as well, so the two of you will become fast friends.

Depending on how proficiently you play the game, you'll open up different samurai and robes in the game's opening character-customization screen or extra features like the additional tutorials and a battle mode. The battle mode lets you face off against a human or computer opponent within a small 3D arena, which skilled players should enjoy.

There's much to like about Way of the Samurai, but the game has some serious drawbacks as well. Its main weakness is its graphics. The environments look washed out and in dire need of antialiasing, much like they do in games that were originally intended for the PSOne and then brought to the PlayStation 2. Repeated textures also plague the countryside. However, the character models' faces are at least reminiscent of those in excellent-looking games like Final Fantasy X, and the cutscenes and CG intro look sharp, so the graphics aren't completely ugly.

Way of the Samurai's camera can also be problematic. It follows happily behind you throughout most of the game, except when you enter a building, when it shifts into a locked position as in Resident Evil. When you move from one room to another, your controls shift depending on the way that you're facing, which can be disorienting. Worse still, enemies and objects sometimes obscure your view of your character, which can lead to you getting killed ("death by camera") if you're in a fight.

The game's soundtrack fares slightly better. Way of the Samurai's main theme is an excellent track that's similar to the themes heard in the Tenchu series, but it's only one song. A stomach-churning "hot mix" begins whenever a fight starts, and it gets old quite quickly. When you roam around the countryside, the music fades deep into the background. Voice work is also almost completely nonexistent in Way of the Samurai. The dialogue is conveyed through the use of comic book word balloons, as in Square's Vagrant Story. Many of the battle sounds--such as the clang of two swords against each other--seem to have been recycled from the Tenchu series.

The save system presents its own set of problems. You can save at one of several save points throughout the game, but if you load a save, it's destroyed. This means that you essentially need to play through the game in one try. If you've spent a few hours, are near the end, and a problem with the game camera causes you to get killed, you're out of luck and have to start back at the beginning. The branching path system could also stand to be more fully realized. As much fun as the game gets farther in and as neat as it is to explore making different decisions, you'll chafe at playing the initial few encounters over and over again. If the paths branched earlier or if there were more of them, it would solve this problem. There also aren't too many places to go within the world of Way of the Samurai, which limits the branching path system, and thus the game's replayability. The two-player battle mode adds much to the Way of the Samurai's value, but the amount of time that you'll devote to the game is still less than you'll spend with most.

Those with high hopes for Way of the Samurai being the next Tenchu or Bushido Blade will come away disappointed, but all others should find the game pretty entertaining, warts and all. Way of the Samurai lacks a great deal of polish but serves as an excellent choice for a game rental, if not a purchase. 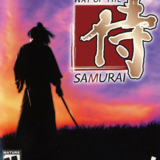 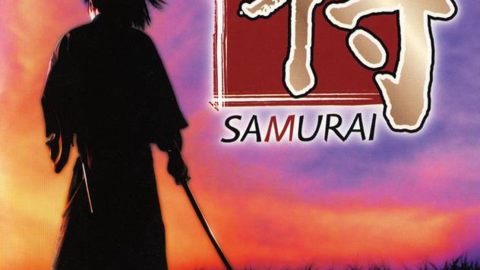 Way of the Samurai

Those expecting Way of the Samurai to be the next Tenchu or Bushido Blade will come away disappointed, but all others should find the game pretty entertaining, warts and all.