Watchmen: The End Is Nigh Review

The End Is Nigh serves up light beat-'em-up fare with a Watchmen flavor. Those hungry for anything substantial will be disappointed.

With all the critical acclaim for the Watchmen comic series and all the hype surrounding the new movie adaptation, it's possible that folks might have certain expectations for the new video game set in the same universe. However, if you are hoping to find some of the comic's depth and maturity here, or are looking forward to reliving your favorite scenes from the movie, you will be sorely disappointed. Watchmen: The End Is Nigh is a shallow beat-'em-up game set years before the events of the comic. Its narrow scope may disappoint some, and the Watchmen veneer isn't very deep. Yet thanks to lively, brutal combat and impressive visuals, Watchmen: The End Is Nigh is a fun, fist-flinging romp for the few hours that it lasts. The $20 price tag is a steep one, but for anyone who enjoys a good old-fashioned beat-'em-up, The End Is Nigh delivers.

Now Playing: Watchmen: The End Is Nigh Video Review

Pretty much all you do for the entire game is beat up bad guys, and the combat is good enough to stay fun throughout. Whether you're playing as Rorschach or Nite Owl (the only two playable characters), the fundamentals are simple: light attack, heavy attack, block, and throw. Peppering your opponent with attacks works well, and there are some nice animation touches that make even this basic combat enjoyable. Throwing enemies is particularly delightful, whether it be into a crowd, off of a ledge, or into a wall. As you progress, you'll encounter tougher enemies that block your basic attacks, so you have to use the various combos you learn along the way in order to stun them or knock them down. These combos add new animations to the mix and are generally a bit nastier than your normal attacks. However, the best animations are the finishers, which you activate by matching the button prompt that appears over the head of a weakened enemy. The camera zooms in during these brutal flurries, allowing you to appreciate every blow. While Nite Owl's no slouch, Rorschach is the clear standout here: his finishers are so manic and so vicious that you can't help but cringe and cackle with delight as he just keeps hitting a guy who is clearly unconscious.

Basic attacks, combos, throws, and finishers make up the bulk of your fighting move set, but Rorschach and Nite Owl have a few other tricks up their sleeves. They can each counterattack easily, disarming any armed opponents and positioning themselves for a strike. Rorschach will even hold onto these weapons, and his brutal finishers get even nastier when there is a crowbar involved, though watching him wield a knife like a bludgeon is a bit silly. Each hero also has two special attacks that drain energy from a meter in the corner of the screen. Rorschach can do a short bull rush or freak out and do more damage for a short period of time. Nite Owl's grenade stuns anyone nearby, and he can use the electric charge in his suit to zap a large radius of foes.

As you fight your way through the rough areas of town, you'll encounter a few different breeds of thug and lowlife, some tougher than others. It's easy to die if you get yourself surrounded and try to punch your way out, but judicious use of counterattacks and special moves should be enough to get you out of any tight situation. There are throwaway actions here and there, like lever-pulling or valve-turning, and an oddly tricky lock-picking minigame that seems a bit out of place in a game that's all about brute force. Despite these extraneous tasks, a creeping sense of repetition looms over The End Is Nigh, and it's possible you'll grow weary of pounding your way through wave after wave of goons. Though the game mixes up your enemies' fighting styles in order to make you use your entire arsenal, the action can often teeter on the edge of button-mashing boredom. Those inclined to revel in the perverse joy of cracking skulls will be able to keep repetition at bay, but the relatively simple gameplay will quickly wear thin for others.

For all its merits, the combat wouldn't be nearly as fun if it wasn't paired with top-notch graphics. The sharp character models are fashioned after the movie costumes, and the smooth, realistic animations make the action exciting and extremely satisfying. You'll chuckle when Rorschach jams his hands in his overcoat immediately after furiously maiming an entire biker gang, and both he and Nite Owl pack a wickedly pleasing punch. There are occasional physics-based oddities, especially when throwing your enemies, but the animation is still consistently impressive. The detailed environments provide a rich setting for your beatdowns, and stark lights and deep shadows (occasionally too deep) create a dramatic look. The quasi-animated cutscenes provide a few pages' worth of story across the six chapters of the game, and the sinister machinations at work fit nicely into the Watchmen universe.

Though you can have some split-screen fun with a friend, it's baffling that there is no online cooperative mode. That would have made the $20 price tag a little easier to swallow, but as it stands the price feels a bit greedy. Those inclined to tire of repetitive gameplay will find the price of entry too high, but there is some value here. The impressively animated combat is fun and brutal, and the sumptuous environments provide the perfect pugilistic playground. The many unlockable combos provide some replay incentive, and the combat is surprisingly fun to come back to even after you've beaten the game. Though it may be shallow, overpriced, and likely to disappoint anyone hoping for more weighty fare, Watchmen: The End Is Nigh is ultimately a simple, well-crafted game that will please those looking to dish out some good old-fashioned beatdowns. 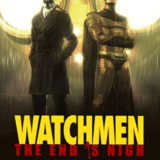 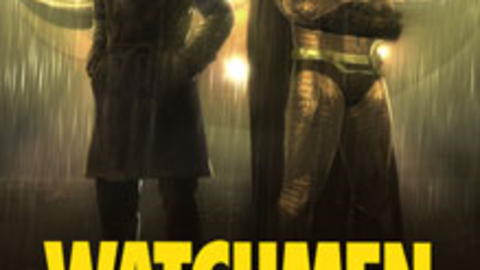 Watchmen: The End Is Nigh

Beat up thugs as Rorschach and Nite Owl in this game inspired by the movie and the critically acclaimed comic series.

7
Sign In to rate Watchmen: The End Is Nigh