Watchmen: The End Is Nigh Complete Experience Review

The first episode of the Watchmen game was a short beat-'em-up that starred Nite Owl and Rorschach, two of the masked heroes/vigilantes featured in the movie. Punching and kicking your way through wave after wave of goons was enjoyable, thanks to the great animation and simple yet powerful moveset. As well-crafted as it was, repetition crept in and made the game a fairly shallow experience. The End is Nigh Part 2 brings more of the same entertaining action, albeit with a few subtle differences that add some spice to the mix. Even with this added flavor, however, Part 2 loses some savor because it's mainly more of the same repetitive stuff. Still, if you've got any kind of appetite for cracking skulls, The End Is Nigh will give you your fill. The Complete Experience bundle contains both episodes of the game, plus a Director's Cut Blu-ray of the Watchmen movie. If you're looking to get all your Watchmen content in one go, then this is a reasonable purchase. If, however, you've already purchased The End Is Nigh Part 1 or a copy of the movie, then this package is not for you.

The End is Nigh Part 1 introduces you to the crime-fighting team of Rorschach and Nite Owl, and it's there that you'll learn the basics of combat, acquire advanced combos, and learn how to use your special attacks to maximum effect. Read the review of Part 1 for a detailed evaluation of the exciting action, the striking graphics, and the creeping repetition.

One of the main ways that Part 2 differs from Part 1 is that it relegates tutorial elements to a separate mode. You begin the Part 2 campaign with all your combos unlocked, and your enemies seem to know this. They'll come at you hard and fast, and once again, if you get surrounded or take a few good hits from one of the tougher enemies, you're done for. Part 2 demands that you counter attack frequently, maneuver nimbly, and make ample use of all the skills available to you. Night Owl's crowd-stunning special attacks are especially helpful, and Rorschach's bull rush is a great way to bust out of a crowd. Area attack and knock down combos are also handy, and the increased difficulty means it isn't as easy to get away with button-mashing. This welcome challenge encourages you to step up your game and actively chain combos together, and methodically taking out a group of enemies with well-timed, well-chosen attacks is immensely satisfying.

Not every encounter requires this kind of thoughtful pugilism, though, and you can slug your way through a lot of enemies without much thought. Though you'll encounter new enemies this time around, most of them don't fight much differently than their Part 1 predecessors. Leisure suit-clad goons in a strip club fight similarly to leather-vested biker gangs in the street, but it's still fun to knock out a guy that looks like a criminal version of Disco Stu. The environments aren't as slick as most of the Part 1 scenery, and though the riot-ravaged streets feature some pretty lackluster fire, they do a good job of advancing the game within the Watchmen storyline. The police are on strike, protesting the prevalence of "masked vigilantes," and the Keene Act is just around the corner. As Rorschach and Nite Owl investigate the abduction and apparent sexual slavery of a young woman, their different moralities start to chafe against each other, foreshadowing their inevitable falling out.

In the last chapter, the two head into a high-class brothel and encounter female enemies for the first time. Scantily clad dominatrixes assault the duo, and the subsequent combat is particularly brutal. Night Owl's boot seems to hit harder against a light feminine frame, and Rorschach has reserved some of his most punishing finishers for these sinful ladies. Blood, breasts, and ball gags make this level the darkest yet, and it culminates in a dramatic finish that, while climactic from a story point of view, isn't all that exciting from a gameplay perspective.

Part 2 has fewer chapters than Part 1, and though there is an extra mode to unlock when you beat it, Part 2 is significantly shorter. Bundled together, the two offer a substantial amount of gameplay, though local co-op remains the only option for teaming up with a friend. How much you'll enjoy the game depends on how satisfying you find the gleefully brutal combat. It will certainly entertain most people for a while, but as the game drags on and the action doesn't change in any meaningful way, many will find their interest starting to wane. If you already own Part 1, you're better off downloading Part 2 for $14.99 and purchasing a copy of the movie elsewhere. There isn't any reason to buy this bundle unless you don't have any of the parts and want them all. If that's you, and you've got an interest in beatdowns and patience for repetition, then you'll likely be satisfied with your purchase. Anyone else should pass up The Complete Experience. 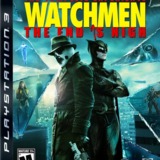 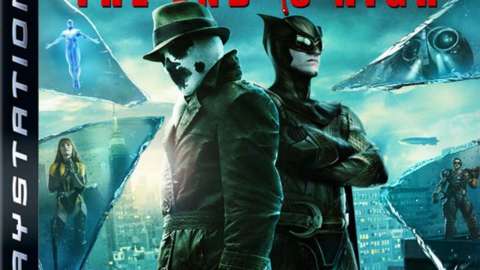 Watchmen: The End Is Nigh Complete Experience

Immerse yourself in the iconic Watchmen world and experience hardcore, gut-punching combat as urban vigilantes Rorschach and Nite Owl.

6.8
Sign In to rate Watchmen: The End Is Nigh Complete Experience