The best laid plans of mice and men.

"You vaguely remember a child's rhyme... something about a flag and a nation. Childish notions indeed."

I don't exactly remember which part of Wasteland 2 that quote is from, but it, more than anything else, highlights what the game is about. Fiction generally, but science fiction especially, often explores some fundamental element of what it means to be human. Whether they describe a destructive thirst for revenge, the glorious touch of a lover, or the fear of losing your humanity to technology, these stories enrich us because they give us mental playgrounds for our own ideologies. Wasteland 2 captures the pettiness of loyalty, of nationality, of these abstractions people are so insistent on building to guard them from the evil in the world. And yet it's also about the kindness of people in the face of these same obstacles.

In Wasteland 2, you play as a squad of several people, most of whom you'll create from whole cloth. You're encouraged to shape their backstories, craft their skills, and choose their religions, so that you might have a cohesive group that can take on any attacker, and so that you might have ripe material from which to pull creative inspiration as you write your own story. Your team will always be members of the Desert Rangers, a loosely-organized militia that protects what remains of the people that have survived an apocalypse. Your affiliation with this quasi-national group is at times a hindrance, as there are civilians that have been slighted by the organization, and others that retain a deep loyalty because of some prior graciousness.

The first major mission you come across presents you with a choice. There are two places in desperate need of help. One is the last bit of farmland fertile enough to provide food to everyone else in the wastes; the other is the only major source of water left in the deserts of Arizona. You will lose one of them, and those few residents that survive the destruction will hate you. Their friends and relatives scattered around the wasteland will hate you too. It is unavoidable. No matter how far you progress, you will never be able to repair all that ails the land, see every possible sight, or assist everyone in need. There's a sense of fatalism about the limits of organization, about the boundary of governments, that feels almost anarchic. Even kindness isn't universally helpful.

One particularly tough scene had me slowly watching a woman die as she begged my squad to put her out of her misery. Trying to show an ounce of mercy in an otherwise cold and macabre place, I agreed. A child saw me and ran to tell his family, another group I had agreed to help by finding their stolen pigs. They were terrified of me, and left their home without food and water. They probably died.

It was these little vignettes that dominated my time with Wasteland 2. Finding people in need, or encountering the remnants of some long past conflict, is the heart of the experience. The slow pacing and long stretches of silence, occasionally punctuated by the sound of a dot matrix printer ticking off vivid descriptions of the vistas and characters you encounter, create a rich atmosphere for classic role-playing. Most of Wasteland 2 takes place inside your own head as you wrestle with dozens of moral choices, build connections between disparate events, and try to grasp the big picture. You'll only ever have your experience, though. Your piece, your perspective, is all the context you'll ever have, and from that you're tasked with trying to make complex decisions and hope that your net good (or, if you're a sadist, net evil) shines through whatever missteps you may make. Even wandering around, mindlessly fighting raiders ad infinitum, is a distinct choice with distinct consequences. Ignoring your duties means that people die. In the same way that nothing exists without some implicit statement about politics or morality, there's no avoiding the larger themes and conflicts here. From the moment you step into Wasteland 2, you are always making choices about the way you influence the game world.

When it does come time to fight, your choices are similarly varied. Wasteland 2 supports a huge breadth of combat styles. Each tile-based, tactical battle is distinct and opens with dramatic visual fare and a message saying “Encounter Begins.” From there, you select actions for each member of your squad. Moving, attacking, reloading, taking cover, unjamming weapons, and performing impromptu surgery are all on the potential action menu. These actions require a certain number of action points based on your characters' core attributes. There's a lot of latitude here, however, as you can reserve some points to give yourself a boost next turn, or dump them all into an ambush in a bid to play more defensively. When enhanced by a robust item set, your tactical approach is nearly limitless: the kind of armor you're wearing and the food you've eaten are just a few of the considerations that can affect combat. At one point, I had a heavy fist-fighter and decided to set her up with some good armor because she was often taking too much damage. While the suit offered better protection, it also dramatically reduced her ability to move around the battlefield. That led me to have her always leading the squad so she'd be closer to the action, wouldn't have to move as far, and was still adequately protected. You can destroy some parts of the environment to open up new ways to attack, or you can use a particularly fast character to lead an opponent around the battlefield, pulling fire away from your main group. It's an open system that encourages you to vary your approach, but that depth is only apparent at higher difficulties. On easier settings, there's no need to employ greatly complex tactics.

The moments in which Wasteland 2 fell short for me were those when I was acutely aware of its most antiquated ideas. The game applies skills like lockpicking in wonderfully varied ways, and shows off some impressive level design in the process. Wasteland 2 creates spaces with intricate connections, but that intricacy is wasted given how little agency you often have in the game’s world. You may approach a circumstance in a specific way, only to discover that the events that follow are left to chance, robbing you of a sense of control over the progression. This feature may be meant to call back to the inherent randomness of pen and paper games like Dungeons & Dragons, but Wasteland 2 comes up short in such a comparison. Instead of feeling that I could do anything as long as I succeeded in a dice roll, I felt confined by probability.

Fallout 3, by contrast, managed these kinds of conflicts well. It required training in certain skills to use them, but also gave you direct control over the success or failure of a lockpicking or hacking attempt. By leaving that control in your hands, you had agency over your own failure, and when you succeeded, you had reason to celebrate. In Wasteland 2, a game that places such a heavy emphasis on the consequences of your actions and choices, it is frustrating when you’re shown the limitations of those mechanics; when juxtaposed with modern inventory management, level design, and visual presentation, such archaic elements stand out.

In many ways, though, Wasteland 2 represents everything about classic computer role-playing games that the modern iterations of Fallout aren't. Where Fallout 3 gives you an extreme amount of general latitude, Wasteland 2 focuses on the narrative minutiae and tangible consequences of your individual actions. Where Fallout 3 tries to craft a broad world that feels whole, Wasteland 2 loosely strings together several locations with hidden connections, with secrets waiting to be discovered and picked over. And where Fallout masterfully uses comedy to lambast the ludicrous tone of paranoia surrounding Cold War America, Wasteland 2 attacks the natural arrogance of the individual. It forces us to confront the painful truth of our own blind self-righteousness, and shows us how childish our own grand plans truly are.

Daniel Starkey is enamored with all things post-apocalyptic precisely because they seem to highlight just how silly much of our modern life is. For this review he wandered the wastes for 57 hours over the course of a week. 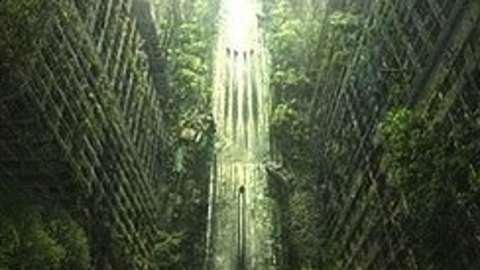 Wasteland 2 is the direct sequel to the first ever post-apocalyptic computer RPG.