In the year 2085, the system designed to protect North America from nuclear warfare malfunctions. Instead of defending against an assault, the NASDA satellite system launches a first attack against the major cities around the world, and targeted countries soon retaliate against North America with their own set of missiles. Fast-forward to 2100 - a group of survivors form The Project to search for pre-collapse technologies. As a commander heading up the effort, you'll realize over the course of the game's three campaigns that you aren't alone in the search for old technology.

Like most real-time strategy games, Warzone 2100 follows a basic formula: Gather resources, construct your base, and then engage enemy defenses. Although the formula remains intact, there are several twists. Warzone 2100 eschews the art of resource management for the most part, particularly in the single-player campaign. Gone is the need to create dozens of resource gatherers, like Command & Conquer's harvesters or Starcraft's SCVs. And you won't have to concentrate on multiple moneymaking endeavors. Just one commodity exists in the future: oil. Locate the oil source, construct an oil derrick and a power station, and the "money" begins pouring in. Trucks, the chief builders in the game, serve simply for building base structures and repairing them.

Moving the focus away from the - some would argue - tedious micromanagement of resource gathering makes room for Warzone 2100's extensive research tech tree and unit design. Instead of dishing out generic tanks, jeeps, and planes, Warzone 2100 permits you to design units based on whichever chassis, wheels, weapons, and special abilities have been researched. For instance, perhaps you need a small, fast, reconnaissance unit; just open up the design menu, select the various components, then begin construction at a factory. Once the weaker units become obsolete (as you're sure to eventually research better components), you can delete the design and even recycle the old units for the new and improved variety. Unit types include tanks, hovercraft, VTOLs (aircraft), and cyborg infantry, and weapons such as rockets, mortars, machine guns, cannons, and cluster bombs can be fitted to the designs. Although the box touts over 2,000 different unit design combinations, the actual number seems more limited. For instance, tanks have five different body styles on which you can affix several different tracks and weaponry, leaving you with five similar tanks (though the more-powerful body styles receive the better weapon choices). The artificial intelligence of units is impressive, though most of the positive effects rely on various interface options. Units can be ordered to retreat when damaged, fire at long range, or attach themselves to sensor towers to attack enemies within range. Additionally, units gain experience based on the number of kills; a unit with more experience will fire more accurately and withstand more punishment. A glance at the game manual reveals that if a unit manages to amass 512 kills, it will achieve hero status. Although that figure seems absurd, there are so many enemy units in Warzone 2100 (and you'll build plenty yourself), that a high kill count isn't necessarily out of reach. Another nice touch in Warzone 2100 is unit autonomy. A repair bot will commence repairs on any nearby damaged unit without being handheld through the process. Despite their intelligence, units can't seem to get from point A to point B correctly each time, and Warzone 2100 features some moderate unit-pathfinding frustrations.

Warzone 2100's best feature is the 3D engine - it looks great, with detailed terrain and weather effects, and it's extremely fast, especially when coupled with a Direct3D-supported 3D accelerator (the software mode is understandably less appealing). In a visual style quite close to Cavedog's Total Annihilation, the battlefield comes alive with rolling terrain, elevated plateaus, deep valleys, and more than enough colorful weapon and explosion effects. Video clips play in between and even during missions, providing the lowdown on the task ahead. To complement the excellent 3D engine is an easy-to-use and highly configurable interface. Keyboard commands can be completely remapped, a handy feature considering how freely you can maneuver the floating camera.

As mentioned before, the single-player game emphasizes action over construction, and this is reflected in the campaign structure. Instead of building a brand-new base for each mission, your belongings, including units and experience points, are carried over to subsequent missions within that campaign. Not only does this put an emphasis on defensive structures, of which there are plenty, but it encourages you to keep experienced units alive. Most players will welcome the unique mission structure, but the concept isn't without a few problems. The majority of missions include the dreaded timer, a potential annoyance when objectives change midmission. The timer becomes most irritating, though, in the "kill everything that moves" missions, when an occasional pesky enemy tank hides meekly in the corner of the map. Also, the single-player game starts off quite slow with the first 12 or 13 missions being little more than the "destroy the enemy base" variety. Fortunately, the interest level picks up in the second and third campaign, offering new terrain sets, a few new mission goals, and different explosive toys to play with.

Although Warzone 2100 slips a bit in the single-player game, the multiplayer experience takes in the slack. The usual gamut of protocols are supported (LAN, modem, TCP/IP Internet as well as Mplayer), and Warzone 2100 offers several game options like unit restrictions, initial base layout, teams, alliances, and a number of computer opponents. A single-player skirmish mode is also included for multiplayer practice. The multiplayer game builds on Warzone 2100's key concepts, specifically how to manage your research-output-to-unit-construction ratio and puts resource gathering and base construction more on the forefront.

After the dust has settled, Warzone 2100 will be remembered most for its elaborate interface and beautiful 3D engine. The single-player game, while including some innovative features, starts slowly and never really reaches an engaging level. Multiplayer, however, should interest most, particularly real-time strategy fans who prefer action-oriented gameplay over resource gathering and micromanagement. Promises of additional maps and units from the designers, coupled with the extensive multiplayer features, make for a real-time strategy game that, while not the pinnacle of its genre, is still worth a look. 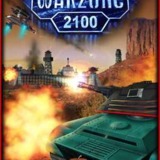