Warp is an entertaining top-down puzzler that's weighed down by sticky controls and a fleeting sense of identity.

Warp is such a perfect name for Trapdoor Games' debut creation. Not only does it reference its protagonist's signature ability, but it also evokes the style of dark humor sprinkled throughout this top-down puzzler and the way the gameplay contorts familiar genres into a promising package. Here is a game where Pixar cuteness and Splatterhouse gore waltz hand in hand for six hours or more, and where a lightweight version of Portal converses with a cartoony echo of Shadow Complex. The makings of a great downloadable game are all here, but questionable controls and frustrating technical concerns often warp this hopeful concept into an exercise in mere trial and error.

The action takes place in a sprawling underwater research facility, where an orange Martian named Zero escapes painful experiments at the hands of his human captors. His trials initially evoke Steven Spielberg's E.T., but it soon becomes clear that Zero has more than phoning home in mind once he regains his ability to warp short distances by pressing the A button. For one, warping does more than boost Zero forward; it also allows him to teleport through walls and warp directly into objects such as barrels, generators, and, yes, even people. And once Zero gains that ability, the legions of armed guards, conveyor belts, turrets, and mazes scattered before him suddenly seem less daunting.

Once you warp into an object, you can sit still and stun or disable the object, or you can make it explode by jiggling the left stick. Barrels and generators thus become makeshift land mines, but your human adversaries become fountains of gore that fling limbs and entrails across the whitewashed rooms. The approach is somewhat rewarding when used against the facility's foul-mouthed guards, but compassionate players might wince the first time they need to splatterbomb one of the scientists muttering and shivering in the corners. All the same, Zero slaughters so many of the same guards and scientists that murdering them becomes tedious by the end.

But there's a worthwhile puzzler lurking beneath Warp's mounds of gore, though many of its elements are strongly reminiscent of other games. The mental acrobatics needed to avoid deadly obstacles and get from one room to the next recall Portal, for instance, and the focus on stealth bears the cleated footprint of Metal Gear Solid. Yet nothing characterizes Warp so well as its clear Metroidvania vibe, since Zero gains access to certain parts of the map only after he absorbs abilities from the other tortured aliens throughout the facility. The first ability allows him to project a phantom version of himself that's useful for fooling guards and motion-sensitive turrets, the next allows him to switch spots with the phantom, and another lets him turn his target into a projectile. Once he gains every ability, no scientist or security guard is safe.

All this makes for a satisfying experience, if you can forgive the bumps in the game's otherwise solid gameplay. Often the warps don't feel as precise as they should (even with the help of a marker that supposedly pinpoints Zero's next warp), which causes Zero to overshoot into pools of water or right into a line of turret fire. A slight pause after each warp often spells death for Zero since his weak body can usually take only one hit, particularly when he scuttles into the sights of a guard hidden by the deficient camera. Elsewhere, the AI for the guards isn't consistent, which results in some guards failing to see you as you scamper under their noses and others discovering your location from around two corners.

Death also comes easily for Zero, which wouldn't be so bad if each death weren't followed by a brief but tiresome loading screen that makes a chore out of experimenting with workarounds for the inconsistencies above. An abundance of checkpoints alleviates some of the inevitable frustration, but even they can't mask the pain that comes with attempting a final boss fight that is grounded in luck as much as skill.

Zero can upgrade his abilities by collecting and spending the grubs littered on the walls and floors of the complex, although the time and patience needed to collect all but the few easily obtainable grubs sometimes outweigh their benefits. Some upgrades turn Zero's phantom form into an explosive, for example, and others provide a welcome boost to his walking speed. However, if you don't relish boggling over how to reach a certain grub for 10 or more minutes, you can try your skill in one of the brutal replayable Challenge Rooms scattered throughout the facility for grubs. These act as timed arenas for Zero's warping skills (complete with leaderboards) and easily constitute the most difficult feature of the game.

Warp is generally an entertaining game, but whether it's worth the 800 Microsoft points hinges on whether you're willing to play by its occasionally fickle rules. The attention given to its commendable visual and audio presentation sometimes seems at odds with the vagaries of the gameplay itself, and the endless repetition of angry guards and cowardly scientists conflicts with the ease with which Warp introduces the complexities of its four special abilities. It's best to take Warp as the carefree fling it's likely meant to be, because anyone looking for a rewarding experience here will find only a charmingly warped vision of games we've seen many times before. 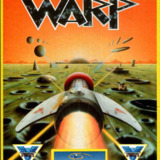 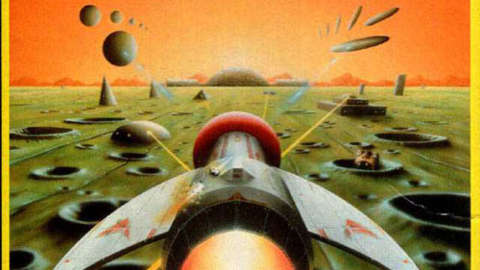 Warp is a puzzle-based stealth action game from Trapdoor.