Adapted from the popular tabletop role-playing franchise of the same name, Warhammer: Shadow of the Horned Rat attempts to combine the fighting features of WarCraft with the character development of Final Fantasy. The result is a confusing amalgam of the two, with the strengths of neither title, and will appeal only to the die-hard fans of the license.

Players assume the role of the leader of the "Grudgebringers" army. Warriors are chosen, hired, and fired at will. In battle, they play like a small stack of cylinders that simply run into other armies, sometimes coming out, sometimes not. The gameplay offers little involvement, leaving gamers to click around, trying to get the guys to the right place at the right time. There's no personality to the actual battle. The special warriors are indistinct, blending into one another, yielding neither WarCraft's sense of "parenting" nor the sense of intimacy with the characters that standard console RPGs provide. In addition, the controls are very difficult to pick up, with icons that simply are not clear, forcing memorization rather than recognition.

There are plenty of missions, none of which is particularly exciting. The frequent ambushes make for boring battles. In short, the fighting is uninvolving and the story uninteresting.

The graphics leave much to be desired as well. Although the cutscenes are beautifully rendered and the images of the secretary are nice, as are the little photos of the leader and his teammates, the actual gameplay features only clumps of tiny, 8-bit-like men running around on a map, bumping into other clumps of men. Missing is the charisma of the individual characters of WarCraft.

A fan of the tabletop franchise may want to give Warhammer a shot. Strategy mavens who don't care much about visuals may find some excitement here, too, but the average video game RPG fan has seen bigger and better, and plenty of it. 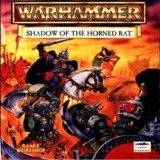 Warhammer: Shadow of the Horned Rat
Follow
$32.56 on Walmart
Buy 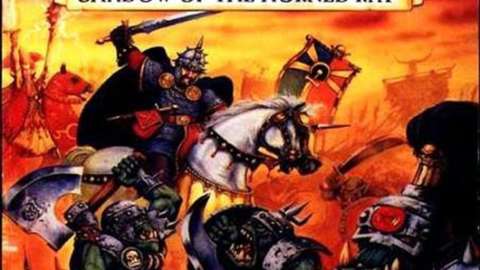 Warhammer: Shadow of the Horned Rat

7
Sign In to rate Warhammer: Shadow of the Horned Rat