After having forged a respectable reputation in the air-combat simulation genre, it now appears as if Digital Image Design - the makers of EF2000, F-22 Air Dominance Fighter, and Total Air War - is heading off in a completely different direction with the release of Wargasm. No doubt looking to crack the larger and obviously more lucrative mainstream market, Wargasm (WAR Ground Air Strike Mission) represents the company's first foray into the action/strategy gaming genre, a promising game bedeviled by several control problems and nagging design issues.

Set in the not-too-distant future, the nations of the world have supposedly sworn off the pain and anguish associated with modern mobile warfare and have instead decided to settle their collective differences in cyberspace via the all-new World Wide War Web (WWWW). The WWWW has been created by the world's top programmers to look and feel like a battlefield, a war zone complete with different types of terrain and real-world environments and dotted with all sorts of civilian installations, fortifications, and various military compounds.

Similar in many respects to Battlezone, Urban Assault, and Uprising, Wargasm is another entry in the hybrid action/strategy genre, meaning that it combines the tactical and strategic elements of traditional real-time strategy games with the frenzied gameplay of today's typical 3D shooter. So while you can command your forces from a top-down perspective, you can, if you so choose, watch the action unfold from the ground level by hopping into and controlling any of the ground and air units in your charge.

You begin each scenario by selecting your battle group from a finite number of units, deciding how many infantryman, armored personnel carriers, tanks, and helicopters will be placed within your "Webspace" in order to accomplish your immediate objectives. Next, you must then choose which predefined entry point will serve as your forces' starting location, taking into consideration the mission goals, terrain, and locale of each objective. Once the entry point has been determined, the battle group is deployed en masse at the entry point and, for better or worse, sometimes seconds away from an opening engagement with the enemy. While this heightens the overall experience and adds a sense of impending peril to every situation, I can't for the life of me figure out why you aren't given the opportunity to deploy your forces prior to the start of a mission or why you are unable to split up your forces so that they arrive at multiple entry points. Bear in mind that once a scenario begins it usually takes a couple of minutes to assess the battlefield and assign each unit its waypoint orders. Unfortunately, there doesn't seem to be a way to issue specific orders to a unit - such as patrol a region or defend a critical installation - or have them seek cover when a firefight erupts. Worse still, the group command seems ungainly given the current state of game design, and because the units start out bunched together in a tight formation, oftentimes they require multiple orders before they set off in differing directions.

From a game-playing standpoint, Wargasm is certainly one of the more demanding combat simulations available today, requiring intense concentration, physical as well as mental dexterity, and incredible patience to emerge victorious. All too often, the typical battle devolves into a brutal slugfest, with you haphazardly jumping around from unit to unit attempting to engage and destroy the enemy instead of making the best use of your available forces. And given the nature and intensity of the conflict, the incorporation of multiple points of view within a vehicle leads to a situation known as "work overload," whereby you have to wear too many hats and fulfill far too many functions to succeed.

Furthermore, from a ground-level perspective, it isn't always clear when you are driving the vehicle and when you are operating its guns. In retrospect, it probably would've made more sense to incorporate all of the vehicular functions within a singular crew station, thereby alleviating the need to constantly shift back and forth between the crew positions and removing some of the guesswork as to what system is, in fact, being operated. I was also stymied by some of the weaponry's effects. For instance, an infantryman can raze barbed-wire obstacles with sweeping machinegun fire, but a tank isn't able to destroy a simple tank trap or dragon's teeth with its cannon.

And then there's the user interface. For some reason, you are limited to using one of five predefined controller sets, unable to remap or reconfigure the individual key and joystick commands as in the typical 3D shooter. Again, this leads to some confusing situations where it isn't always clear which key or joystick command is used to aim and fire the weaponry and which controls movement. Furthermore, to move from unit to unit, you must return to the tactical map, locate the unit you wish to control, then double-click on it, a tedious procedure that has a pronounced impact on gameplay and leads to more confusion. I'm not sure exactly why the designers opted to go with this method for commanding and controlling, but suffice it to say the end result leaves a lot to be desired.

So, while Wargasm manages to capture the intensity and flavor of tactical-level firefights, and marks the debut of Digital Image Design's especially impressive 3-Dream graphics technology, the clumsy interface and frenetic gameplay undermine what could have been an extraordinary real-time wargame. 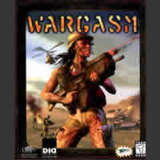 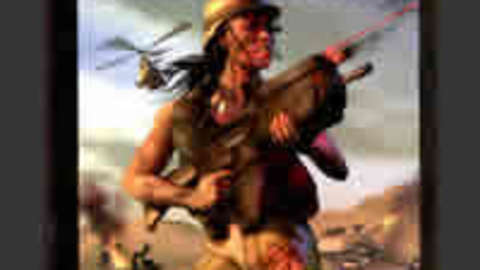