My God, it's full of planes!

War Thunder plays like a big, brassy World War II movie that does everything but wave flags. The larger-than-life attitude of Gaijin Entertainment's online simulation of combat by air and by land during WWII makes it a sprawling epic. Dozens and dozens of planes and tanks from each of the five principal nations that fought it out for freedom or fascism in the 1930 and 1940s collide on every map in wild, cataclysmic battles that alternate between intimidating and exhilarating. Battle can become confusing thanks to the sheer number of options and some interface grief, but the intense, fast-paced combat and wide range of difficulty settings save the day just like the Duke did at Omaha Beach.

Despite its scope, War Thunder is simple when broken down to its basic elements. Most notably, the game is available as a completely free download. You can purchase in-game currency to buy vehicles and skill upgrades, but because you can earn those bonuses by simply playing the game, spending is not forced upon you. Combat comes in two distinct flavors. You either take to the skies in a fighter or a bomber, or you grind it out on the ground in an armored vehicle. Matches are huge affairs involving up to 32 players. Tens of thousands of players are online at just about any time of the day or night on servers across the globe, too, so those 32 slots per game fill up. Match types involve familiar goals like destroying enemy ground forces from the air or conquering control points on the ground with your tanks.

When it comes to air combat, a trio of game difficulty settings allows everyone from casual shooters to more hardcore simmers to get comfortable. You can play in the physics-lite Arcade Battles mode, move up to the more rigorous Realistic setting, or go all-out with the grueling Simulator option. Arcade is the easiest way to play, thanks to amenities like starting in mid-flight in aerial combat and offering unlimited ammo both in the air and on the ground. Realistic mode tosses in a more punishing physics model along with the need to take off and land when flying. And Simulator mode takes the game to true flight simulator territory, planting you in a cockpit (the third-person camera option isn’t available here) and forcing your soaring feat of mechanical engineering to compete with the laws of Newtonian physics.

Most players are gravitating toward the Arcade mode, which is all about pure adrenaline. Plane physics are very forgiving, so you can soar into crazy climbs and stomach-dropping dives without fearing too much about causing a stall or tearing your wings off in mid-air. You can also get goofy with shooting and blast away without much concern about accuracy, as you’ve always got fresh rounds ready to load into the chamber (although reloading does take a few seconds, which can seem like an eternity in the middle of a battle). All of this lets you focus on pure attack and defense, whether you’re scrapping with enemy fighters, strafing ground vehicles, or dropping bombs.

Things get more hardcore in the air with Realistic and Simulator, which move the game well into flight simulation territory. There you have to approach everything from a more tactical perspective. Physics are much more rigorous, which really underlines the differences between aircraft. This is particularly noticeable when you move up from the early-game 1930s biplanes like the Gladiator to the proper WW II fighters like the Hurricane and Spitfire. Attacks must be careful and measured. Get carried away with mid-air maneuvers and you can shear off your wings or stall out. Stalls can be pretty common here if you’re concentrating more on keeping up with an enemy than you are on what you are demanding of your aircraft. Pulling out of stalls isn’t easy, either, as this takes time that you generally don’t have in the middle of a furball. The same patience must be adopted when firing. Since you have limited ammo, you have to line up shots and only pull that trigger when you’ve got a target dead to rights. Running dry at the wrong moment can ruin your day in a hurry.

Patience is also a factor when just trying to get a aerial combat match going in the Realistic and Simulator modes of play. Fewer players are taking part here, which can mean that just lining up a game can take a long time. You can regularly wait five minutes and more until an appropriate match is found--or give up and retreat back to Arcade, where the wait time is rarely more than 30 seconds. This is a shame, as these more authentic settings of course add whole new dimensions to gameplay. They also broaden your options, allowing you to dig into more maps and take on more realistic scenarios mimicking real WWII theaters of action. There are also unlockable missions taken straight from the actual war, like engagements during the Battle of Britain, that can be played at the different difficulty settings.

War Thunder’s tank combat is more generic, regardless of the difficulty setting. So are the tanks themselves. All of them zip around and turn more like dune buggies than Panzers, which levels the playing field between the Arcade, Realistic, and Simulator modes. Sure, they don’t roll around as quickly (especially when trying to head up any sort of incline) or turn on a dime quite as easily in Realistic as opposed to Arcade, but the overall feel remains loose across the board. This has the benefit of making tank battles play more like casual shooters, which of course makes them easier to immediately get into than the aerial combat. All tanks are properly modeled when it comes to armor, as well. This lends a certain amount of tactical thinking to battles, as you can’t just pound away on any exposed part of an enemy tank and expect to do damage. As a result, it’s a must to find cover and smart firing positions.

The intense, fast-paced combat and wide range of difficulty settings save the day just like the Duke did at Omaha Beach.

Controls are crisp when flying or driving. The PS4's controller is more than adequate, and only loses the thread in a few specific instances, such as when you're called upon to take out harassing enemy fighters while on bombing runs. Simulator mode also really tests your skills with the analog sticks across the board, as you need a light touch most of the time to avoid losing control of your aircraft. Just a slight mistake at a lower altitude can result in a nose-dive into the ground. Tanks can also feel too loose at higher speeds, leading to occasions where you don't feel in complete control. Moments like these increase the twitch factor and make aiming difficult in spots. You can switch to the controller touchpad whenever you want and both move and shoot like you are using the mouse-driven control scheme for the PC version of the game, but the touchpad's small size makes it nearly useless during combat.

While using the controller touchpad during battles isn't a smart idea, it comes in very handy when trying to navigate the game's menus. Since War Thunder has been developed for both PS4 and PC, both share the same interface, with everything geared to be accessed via mouse and keyboard. This poses more than a few challenges on the PS4, largely because there are so many menus and there is so much information crammed onto the screen that it's difficult to access features intuitively. The touchpad is a better option here, although it isn't ideal because it is too small to allow you to easily move the cursor where it needs to go.

Most of the interface is quite confusing, too. One of the best features about War Thunder is its upgrade paths for vehicles. Well over a hundred planes and tanks are included in the game, but they have to be unlocked by research and then purchased with the in-game Silver Lion currency, which can be earned during matches or purchased with real-world money. The same goes for improvements like more powerful cannons, engines, bullets, crew member skills, and so forth.

But little of this is explained in the beginning. You look to pick up something that's pretty straightforward, like powerhouse new ammo, then discover that you need to research and buy something else in order to finally equip it. It's also hard to figure out the rhyme and reason behind the structure of the in-game economy. Having both the main silver lion and the premium golden eagle currencies is bad enough, but then you toss in the related research points and the option to get bonuses on the above by purchasing a premium account, and you've got a needlessly convoluted system.

But even though the economy is more intricate than it should be, War Thunder scores big bonus points by not forcing players to spend money to compete. This is not one a freeware games that constantly pressures you to buy, buy, buy. All you get are post-mission reminders of how many more research points you could have earned just now if you had shelled out for a premium account. Although spending a few bucks helps on occasion, it isn't required for you to be competitive, as long as you've got the time and patience to indulge in some grinding. In-game accomplishments are frequently rewarded, allowing you to get on an upgrade path right from the very beginning and to keep going without spending a dime.

Inspiring music gets you into the game from the moment that the first menu screen loads up. All of the rousing choral odes and martial tunes trumpet away as if War Thunder were big-budget Hollywood blockbuster set during WWII. Visuals are occasionally striking, if not as consistently triumphant. Maps range across many theaters of war, from undulating waves to rolling green hills, and vehicle models are comprehensively drawn, although battles rage at such a speed and such a distance that you can't afford to take much time to admire the scenery. Since so many online games--especially those with this sort of scope hosting such a large number of players--sacrifice visual quality for speed and playability, it's nice to see that few corners were cut here.

War Thunder is a sprawling WWII simulation that you can lose yourself in due to its wide scope, intense combat, tremendous number of vehicles, casual and challenging difficulty settings, and extensive upgrade paths. Also, the game is constantly growing with the addition of new planes, tanks, and maps, and the promise of naval forces and more modes of play. While the initial learning curve is daunting, this is one of those games that opens up dramatically the more that you play it, so the time commitment is worthwhile whether you're a laidback dogfighter or a hardcore simmer. 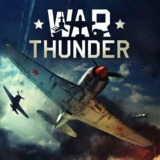 Brett Todd flew the not-so-friendly skies and rumbled around on the terra firma of War Thunder for about 10 hours in the course of writing this review. 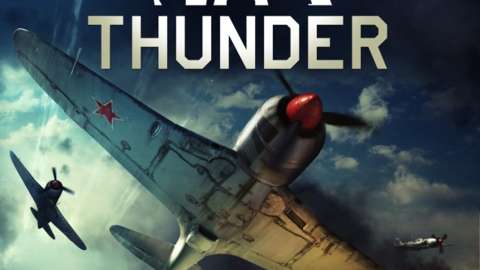