The game barely scratches the surface of what the Playstation game machine can do.

Before delving into the gameplay mechanics and the other details of this title, let's get one thing straight - there's nothing remotely "VR," as in virtual reality, about VR Golf '97. At best, the latest release from VR Sports is a decent golf game that digital links fans will appreciate. However, the game barely scratches the surface of what the Playstation game machine can do.

With that out of the way, VR Golf '97 delivers just about everything, in terms of gameplay, one could ask for in a video game simulation. The fairly simple multi-meter system makes hitting balls about as easy as kicking field goals in Madden 97 or sinking free throws in NBA Live 97. While players can judge angles, play the slopes, and select different clubs, generally all they need to do is aim the shot, then press the X button at the precise moments (once for power, a second time for accuracy). The computer does the rest. With little practice, it's quite easy to complete most holes no more than one or two over par. VR Golf '97 also truly excels in another area, and that's camera angles. Eleven player views, Eleven ball views, and no fewer than 15 replay angles ensure that players never see the same sequence twice.

As complicated as a round of pro golf can be, VR Golf '97 covers all the basic play possibilities without being overwhelming, even for novices. Game types include practice, strokeplay, matchplay (round robin), skins (competing for money), foursome (four players, two teams with teammates alternating shots), fourball (four players, two teams, each player takes his own shot), AMA Tour (up to four human players, 16 pairings with computer players), and Pro Tour (up to four human players totaling 48 golfers with computer players in four rounds of 18 holes). Players can also pick their character's outfit (typically garish golf colors), select his skin color, choose dry, damp, or wet weather conditions (though there's little difference among them), and choose between commentators Peter Alliss or Tony Adamson (both are equally boring and repetitive).

Once the game is tailored, it's time to tee off - and that's when the problems begin to show, literally. While the game certainly plays well enough, it fails miserably in the graphics department. The scenery, made up of generic trees, grass, water, and sandtraps, is frightfully dull - and the virtual golfer is a jagged-edged graphic disaster. Pro golfers rarely exude the bravado of basketball or football players, but this guy is downright droopy - a sad sack of Woody Allen proportions.

VR Golf '97 will probably keep video game golf fans occupied for long periods of time. But whether or not the game is up to Playstation standards is debatable. 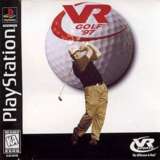 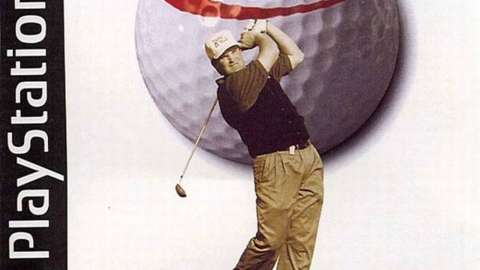 The game barely scratches the surface of what the Playstation game machine can do.