This certainly isn't a bad game of pool, but it lives up to few expectations beyond what its meager price tag would suggest.

Developer Celeris has been making Virtual Pool games for years now, and while the lion's share of them have been PC titles, the Virtual Pool series has made its way to consoles from time to time. Virtual Pool: Tournament Edition is the latest game in the series. It's pool, it's on the Xbox, and it's $15. What more could billiards fans ask for, right? Well, for starters, they could probably ask for a game with more to offer in the features category, as well as a game that let you play more than one type of pool in its career mode. This certainly isn't a bad game of pool, but it lives up to few expectations beyond what its meager price tag would suggest.

Eighteen pool variations are featured in Virtual Pool: Tournament Edition, ranging from simple 8-ball, snooker, and 6-ball games, to more esoteric types, like bowliards, Honolulu, cribbage, cowboy, and one pocket. You can play any of these types of games in Virtual Pool's quick play mode, as well as a trick shot mode. Unfortunately, the trick shot mode isn't very good, since you must choose from a static list of trick shots with no explanation of how you're supposed to pull them off. However, before you can do any of this, you have to create a player profile, where you select what difficulty level you want and what your favored game of pool is. What's odd is that once you select these two things, you can't change them without starting over. You have to create an entirely new profile if you want to change the difficulty level or your favored pool game. While you can still play any game of pool you want in quick match, you can't in the career mode. Whichever game you choose at the outset is the game you'll be playing over and over throughout the career.

The career mode would have benefited greatly from a bit of gameplay variety. With 18 different available games in Virtual Pool, limiting the mode you'll be spending the most time in to a single game seems ludicrous, especially considering that the career mode is a series of one-off matches against random guys who play for cash. You start out in a seedy garage bar, with only a few bucks in your pocket and a couple of opponents who are willing to bet against you. Play a few games, earn some cash, and then you can bet against the boss of the pool hall. Beating him unlocks a new hall. Repeat several more times until you get through all six pool halls and to the last boss, and then you're done. In between games, you can browse the cue shop for new cues that will, among other things, improve your speed for better breaks, create better jump shots, and improve your standings with your opponent players, impressing them and making them want to bet more. It's a neat idea, but it feels more like a silly distraction than anything meaningful to the mode itself or to the gameplay, and generally, you're better off saving your money.

If nothing else, Virtual Pool does manage to get its table physics down pat. The game has an extremely realistic feel, and the balls move around as they would on a real table. There is one annoyance, however, and that is with the analog control. The left control stick controls both shot movement and the power of your shot, and in both cases, it's a little too touchy for its own good. Trying to line up a good shot can take much longer than it ought to, because the stick movement keeps pushing too far in one direction or the other. Once you do get it lined up, you have to hold down the A button and then pull the stick back to signify the level of power to put into the shot. Again, just like with the aiming, it's easy to go too far one way or the other and end up with a bad shot. Fortunately you can get used to the touchiness of the stick with a visual aid you can use to map the movements of the balls ahead of time when you select the easy difficulty level. Of course, you can do that only if you select an easy difficulty profile at the beginning of the game, and you can't toggle this aid on and off, nor can you adjust the difficulty level.

Virtual Pool looks like a $15 game. The balls are the visual highlight here, not just in the way they move, but also in the level of polish put on them. They differ from club to club, too. Some clubs have shiny new balls, and others are tarnished and chalk-ridden. The tables aren't nearly as impressive looking. The felt of the table almost always looks like one flat texture, and the surrounding backgrounds are about as generic as you can get. There are no opposing character models in the game; rather, you're playing against a floating cue stick and a static picture of some random person who probably worked on the development team. Full-motion videos occasionally appear during the career mode, with the last boss (a hustler named "Curly") baiting you with some rather lousy dialogue, but that's about all the character interaction you get. The soundtrack is mostly banal background fodder (though you can, thankfully, use custom soundtracks), and apart from balls cracking on the table, you're not going to hear much background noise.

While there isn't an abundance of pool games available for Xbox owners, Virtual Pool is still a tough game to recommend. It lacks multiplayer beyond a two-player quick play option offline, the career mode is bizarrely restrictive, and the basic pool mechanics, while mostly sound, feature some wonky controls that take a little too much getting used to. For $15, big-time billiards freaks will probably find Virtual Pool to be at least reasonably enjoyable. But unless you fall into that specific category, it probably isn't worth your time or money. 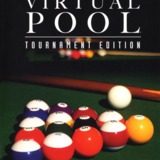 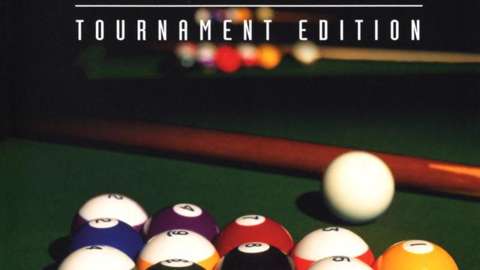