Thanks to Viking: Battle for Asgard's mundane and tedious gameplay, the only battle you'll wage will be a losing one against boredom.

Learning about the adventures and deeds of Vikings, such as Erik the Red or Leif Eriksson, was always the highlight of any world history class in school. After all, these were true stories about men who explored the unknown, conquered new lands, and often killed mercilessly. With such strong material to draw from, it would seem that a fictional game based on Viking lore would be a sure thing, but Viking: Battle for Asgard completely fails to capture what makes Vikings--or even games for that matter--interesting. Those who enjoy mindless killing might find something to like here, but everyone else will find Battle for Asgard monotonous and dull.

There's a story here, but it's barely worth mentioning. You play as Skarin, a Viking that has been called upon by the Goddess of Light to fight the forces of Hel, whose undead army is killing people to create a new Valhalla. There's also something that has to do with Skarin having haunting visions and some anger toward at least one of the gods--you know, like in God of War. The story is told via cutscenes that are reminiscent of the graphic novel 300, but they're typically quite short, hard to follow, and fail to tell the game's tale in any coherent matter.

Without a gripping story, all you're left with is Viking's gameplay, which is occasionally enjoyable but usually just plain mediocre. It's a third-person action adventure that focuses on combat while mixing in fetch quests and unfulfilling exploration. Your main task is to go to enemy encampments, kill the bad guys, and free the soldiers who are imprisoned there. Once you've freed enough soldiers, you can attack an enemy fortress. This triggers a huge battle with hundreds of soldiers onscreen at once. Heavenly Sword did a fantastic job with encounters of this size, but during Viking's epic battles, the last thing you want to do is fight because it's so easy for enemy soldiers to gang up on you. Your best bet is to simply run past everyone, kill the shaman that protect the area, summon a dragon to fry some guys, and beat the boss. If you master this once, you're good for the rest of the game because every battle after this is almost exactly the same--just a little longer. Other than that, the only other things you'll be doing are fetching items for people and finding gems so that you can summon the aforementioned dragons. These tasks play out in much the same way as freeing soldiers, but instead of letting soldiers out of a jail after you've killed all the enemies, you open a treasure chest.

The game is broken up into three levels, each of which is a large world that's reminiscent of Elder Scrolls IV: Oblivion, but on a smaller scale. Having such a large area to explore is initially exciting, but this excitement quickly turns to disappointment and then boredom. The problem is that there's nothing to do and very little to see. The only optional quest in the game is to find barrels of mead, and other than that, the only thing you're rewarded with for heading off the beaten path is gold, which is quite easy to acquire. There are also several occasions where you'll find yourself lost or confused as to what to do next because either the game didn't make your next objective clear or the map was difficult to read. At least the game doesn't force you to walk around too much, thanks to its liberal use of portals that allow you to teleport from one area to another.

So missions are tedious and exploration is unfulfilling; how about the combat? It's a little better--at least at first. Skarin is armed with a large sword and axe with which to make short work of Hel's legions of undead soldiers. You attacks are initially limited, but upgrades can be purchased as you progress. Skarin can briefly power up these attacks using his rage mode (a handy way to break shields). He can also collect red orbs that represent the souls of the vanquished, as well as unleash elemental magic, such as lightning, fire, and ice onto his foes.

It can be fun for a few hours to run around, indiscriminately beating on undead soldiers, knocking them off of cliffs, and sneaking up behind them to stick a sword in their backs. You can do all this and lop off their heads with a press of a button, but combat still gets repetitive. Although you have a fair amount of moves at your disposal, you'll wind up performing the same moves repeatedly throughout the game because there's no reward for mixing things up, enemies can gang up on you to kill you in no time, and the best attacks are typically the easiest to pull off. The game tries to mix things up with the addition of several button-pressing minigames during important fights, but this mechanic is played out and not much fun.

There are also instances where you'll need to use stealth; these are hit and miss. When everything comes together, it can be a lot of fun moving from cover to cover silently chopping enemies in half, but too often, your plans are laid to waste because someone saw you through a solid object or noticed you killing someone else from far across the area. If you're spotted and everyone heads your way, you're in for a rough time. That is, unless you can lure a few guys away from the action, kill them, trigger a few more to run your way, kill them, and so on. Thankfully, the game's inept AI is easy to exploit; otherwise, you'd be hard pressed to make it through some of the more challenging areas.

Battle for Asgard is one of those games that looks great in screenshots but not so great in motion. The biggest culprit is a horribly incompetent camera that is zoomed in so close and moves around so much that it can't even show a functional view in a wide-open field, much less any location with walls. You're constantly forced to manually manipulate the camera while getting attacked by and fighting off enemies that are offscreen. Each of the game's three worlds is quite large, but the first two levels look virtually identical, and other than the occasional enemy, fortress, or camp, they're completely devoid of animal life. It's possible to run around for minutes at a time and never see a living thing; just trees, flowers, grass, and some ugly mountains. The undead soldiers are interestingly designed and look appropriately menacing. However, there are only a handful of different kinds of soldiers and their animation is often limited. The only time the visuals are impressive is during the huge battles at the end of each level. Hundreds of soldiers will clash while dragons fly overhead shooting fireballs and wreaking havoc. It's too bad that the best parts of these battles are the cutscenes because once they actually start, the frame rate takes a dive, and you'll notice that most of the soldiers are standing around or running into each other.

Subpar audio rounds out Viking's disappointing package. Other than an epic orchestral piece that plays during the end-level battles, there's almost no music whatsoever. Wandering around this barren world would be boring enough with music, but it's even more tiresome without it.

If mashing buttons to kill hundreds upon hundreds of enemies is all you're looking for in a game, you very possibly may enjoy Viking: Battle for Asgard. However, if you like original ideas, a story, meaningful exploration, a working camera, or fun, you'll want to take a pass on this one-way journey to boredom. 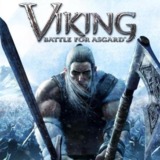 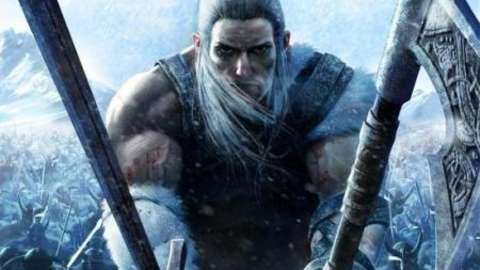 As Skarin, you must battle the gods of the Norse pantheon and their hordes of minions to save the mortal realm of Midgard and prevent Ragnarok.