There is definitely some fun to be had here.

A handheld interpretation of a very, very 3D game is bound to have some funk attached to it. This is the case with Vactical Entertainment's take on Activision's PS/N64 classic, Vigilante 8. While it's an interesting and rather solid take on the game, one of the game's vital elements couldn't be shoehorned into a small plastic cart, namely, the ability to wantonly raze the arenas, in-game objects, and environments.

Obviously, the largest change had to be one of perspective: The action now occurs in a 2D, top-down perspective, with all the attached gameplay alterations. Generally, the feel of the game is still intact, though it's obvious that many things have been compromised. The interactive environments are totally gone; hence, after a few rounds of friendly car-warring, things start to feel a bit cluttered. Part of the beauty of the console versions of Vigilante 8 was the sight of the arenas blown to cinders all around you, as you hunted for that elusive power-up crate. The ability to roam freely through the husks of old hangars, after a particularly nasty battle, was something that road warriors generally took for granted. Though it's understandable that the feature had to be omitted from the handheld version, it can't help but leave a rocket-shaped void in the pit of your stomach.

The game features five play modes: road trip, which is a straightforward romp through four arenas; an arcade mode, which is basically a one-shot with up to three opponents of your choice; survival and progressive, which are basically identical and self-explanatory, save that the latter chooses a new arena for you each time you defeat a horde of foes; and, finally, a time-attack mode, which is basically arcade mode with a clock attached. Each mode is, essentially, a light variation on the same gameplay experience. The great thing is, though, that Vigilante 8 features link-cable support, which lets you experience the carnage with an eager friend (or foe, as it happens). The cooperative multiplayer mode lets you and a buddy take on the computer in any of the five single-player modes, while the head-to-head mode lets you both fire it out, along with a handful of AI killers.

Vigilante 8 does its job, though it's a far cry from the experience offered by the home-console versions. It should be noted, however, that Vactical did an excellent job on sound, as many of the game's voices have been faithfully re-created, most notably the characters' battle cries. The presentation is top-notch, considering the hardware the company had to work with, and, in truth, the game manages to be much more than a shade of its better self. There is definitely some fun to be had here. 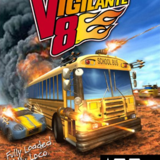 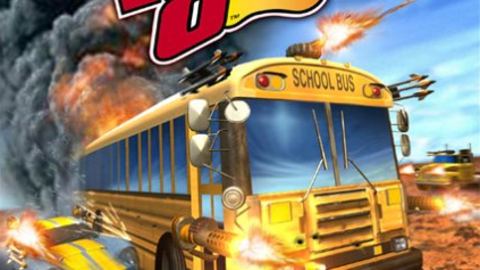 Players who are still playing Twisted Metal 2 can finally retire their TM2 disc and move over to Vigilante 8.