While Vandal Hearts II lacks the grand feel of Final Fantasy Tactics, it is a solid and rewarding strategy-RPG.

Although the RPG has gained popularity in the US, its tactical offshoot, the strategy-RPG, has had a harder time gaining similar popularity. However, among fans of the genre, no game has toppled Final Fantasy Tactics. As hard as Vandal Hearts II tries to emulate and even improve on FFT, VH2 falls short, but it still delivers an enjoyable strategy game.

The first Vandal Hearts' story was digestible enough, but Vandal Hearts II unfortunately opts to fashion its story after Final Fantasy Tactics' incomprehensible saga. Joshua was but a poor peasant boy until he was manipulated into killing a revered political figure. Sure to be executed for this heinous act, Joshua fled his village and later founded a notorious band of mercenary thieves. These seemingly simple events set off a confusing political whirlwind of intrigue and betrayal that most people won't care to follow.

For the most part, Vandal Hearts II's gameplay is standard strategy-RPG fare - you move your characters around a large world map and engage in turn-based battles on a variety of grid-based battlefields. However, unlike most games, this one doesn't follow a traditional turn-based model. As every game seems to feel the need to do these days, Vandal Hearts II employs an all-new system to differentiate itself from other games in the genre. The Dual Battle System lets the computer move characters and monsters during your turn, adding an interesting new strategic requirement. As interesting as the concept is, its execution is a little off - without any way of knowing in what order the enemy will attack, opponents will often move out of the way of your attacks. While you can work around this by wasting a move at the start of each turn to force the enemy to waste one of his turns, this really should be unnecessary.

Vandal Hearts II's character-development system is limited when compared with that of the original, keeping things nicely framed and manageable. Unlike Final Fantasy Tactics' sprawling and unfocused job system, you can customize your characters with the game's wide assortment of weapons. Each weapon has one or more spells or abilities locked inside it. While initially inactive, a spell opens up after you've carried it in battle for several turns. Once a spell has been unlocked, it can be transferred to another weapon of the same type, making it beneficial to you to have characters that specialize in one type of weapon. While it is a little frustrating that you must stomp around the battlefield for a while to activate a weapon's abilities, you can enter any battlefield from the overworld map at any time to quickly enable whatever new spells your party may have before it fights any story-critical battles.

Vandal Hearts II's visuals are just above average. The battlefield graphics are a few notches below Final Fantasy Tactics', but the battlefields themselves are much larger, making this an acceptable sacrifice. However, the squatty sprite-based characters that frolic on the maps are poorly animated and drawn. Worse still are the character portraits, all of which have awkward facial expressions and eight-bit-quality color depth. The orchestral soundtrack, however, is grandiose and epic, helping greatly to enhance the mood where the graphics don't. 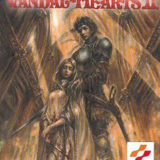 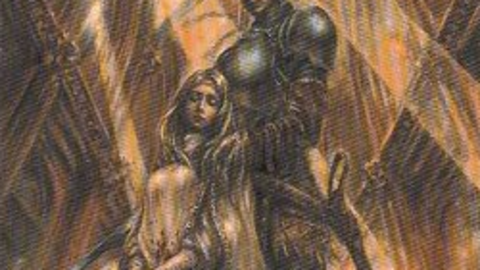 While Vandal Hearts II lacks the grand feel of Final Fantasy Tactics, it is a solid and rewarding strategy-RPG.