A mix of smart strategy, deep customisation, and engaging story make this a worthy sequel to the PS3 original.

Valkyria Chronicles II squeezes the smart, turn-based strategy and deep, RPG-like customisation of its PlayStation 3 predecessor onto the PSP with great success. But for a few tweaks, the core experience is unaltered, and the familiar, hand-drawn art style has likewise been carried over. The small, often-recycled battle maps are disappointing, but the game's few shortcomings are easy to forgive in the face of the same elegant, chesslike gameplay that made the first game great.

Two years have passed since the events of Valkyria Chronicles. The small, neutral nation of Gallia is still caught between mighty opposing forces in the game's fantasy analogue for World War II. Now, though, an army of Gallian rebels is rising up against the country's ruler, Archduchess Cordelia, after she was outed in the previous game as one of the Darcsen, a persecuted, scapegoated race. It falls to your squad, the ragtag bottom class of Lanseal, a Gallian military academy, to end this civil war. The plot will hold your interest, though it can't match the sweeping epic of its predecessor, and no character is as memorable as that game's icy poster girl, Selvaria Bles.

Lanseal Academy is part high school, part boot camp. It's set on a campus imagined in Valkyria Chronicles' whimsical "European" style, all turrets and courtyards. Here, teens take classes, deal with teen problems--crushes, bullying, angst--and become soldiers. When lead character Avan Hardins joins Lanseal to investigate the mysterious death of his brother, a former student, he is assigned to Class G, into which the least promising kids are sorted. There he is made the head of the class, and so head of the squad, despite lack of academic aptitude or apparent commitment. Though Avan (personality: hungry) is not as likable as the leads of the previous game, it's the ensemble cast that really matters. Among those supporting characters, with their own quirks, backstories, and side missions, you'll find enough charm to keep you involved. The fluffy teen dramas of Class G are well balanced by the hard edge of anti-Darcsen racism, manifested as bullying within the school and as violent ethnic cleansing further afield.

That large cast of classmates is divided between the distinct infantry classes that define the essential rock-paper-scissors action: shocktroopers are strong against lancers, for instance, and lancers are strong against tanks, while scouts are vulnerable but cover long distances quickly, with tanks robust but costly to move across the field. Battles are played out via a command mode, with a top-down view of the map, and a third-person action mode, in which individual characters are steered around the battlefield. The distance over which a unit can be moved is strictly limited by its reserve of action points, with a single attack allowed in each move, while the number of moves that can be made per turn is limited by your reserve of command points.

From that simple but solid scheme of turn-based action, Valkyria Chronicles II grows a deep, subtle battle system, layered with elements to be customised, levelled, and deployed creatively against the enemy. Beyond the development of new and better weapons and the sinking of experience points into levelling up classes, each character has a unique set of potentials--special abilities triggered by certain battlefield conditions--as well as a set of particular friends alongside whom they fight best. Avan, as leader of the squad, can issue special orders that bestow temporary stat boosts on units. This sequel also adds branching subclasses to the mix, letting a scout, for instance, be specialised into a sniper or veteran scout, and then a sniper into an elite or antitank sniper.

By the end of the ample story-based campaign, around 40 hours long, you'll have a huge, diverse, uniquely customised squad at your command. That's when the new ad hoc multiplayer modes (two-player versus and co-op for up to four players) will get interesting--assuming you've got a friend as committed to Valkyria Chronicles as you. The multiplayer modes are accessible early on, with more maps and missions unlocked as you progress. Newcomers to the game, therefore, won't be able to join veterans in all of their unlocked content. But the modes work well; in the versus mode, the game is at its most online chesslike, with options to set time limits for turns. In co-op, you share a turn, making your moves at the same time as your allies, enabling pincer movements and other strategic manoeuvring.

The presentation of cutscenes, menus, and missions forgoes the first game's storybook layout of pages and chapters, replacing it with academy mode. This is a 3D map of Lanseal Academy, a hub from which you can access the R&D department to develop weapons and tanks; the drill grounds to level up classes; the store to purchase side missions and to learn new orders; and the briefing room to access missions and multiplayer modes. In a nice touch, the campus and its grounds change in appearance from month to month, with the game set over the course of a year.

When they become available, cutscenes can be accessed from the academy mode, labelled on the campus map. There's the odd animated cutscene, but mostly they are rendered with still portraits of characters and dialogue balloons, partially voiced. The proportion of time spent in these and on the battlefield is just right, though the nonessential scenes can be skipped over by the exposition-averse. The art still looks good, particularly in the anime cutscenes, but is let down by the character models of the action proper, whose slight blockiness will only remind fans of the original game how crisp everything looked before, though that's more down to the technical limitation of the platform than a fault on the game's part.

Missions come in three varieties: key, which must be completed to progress through the year; story, which move the plot along and are unlocked with each month; and free, which are good for practice and levelling. The objectives are predictable--defend a camp, capture a camp, escort a vehicle, collect supply boxes--but are spiced up by environmental challenges (sandstorms or lightning strikes, for example) and by the presence of special enemy units, from whom you can pick up new weapon plans. The biggest disappointment is the size of the maps, mostly comprising three or four often-recycled small regions interconnected by gateway camps--by capturing these camps, you can use the gateways to deploy to your squad members in the connected area. Coupled with the five-unit limit in each area, it's only this compactness of the battlefields that makes Valkyria Chronicles II feel like a "smaller," lesser game than the console original.

There's a lot to get to grips with--even before starting to experiment with homemade temporary weapon coatings--and this is not a game for hand-holding. Staying on top of the stats, symbols, tech trees, and nested menus will keep you working hard, and the game especially punishes laziness or recklessness later on, but the experience as a whole is cerebral and rewarding. Except for the puny maps, Valkyria Chronicles II deftly expands on the original; even the relative downgrade in graphics, dictated by the handheld format, doesn't keep it from being an attractive game. 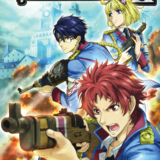 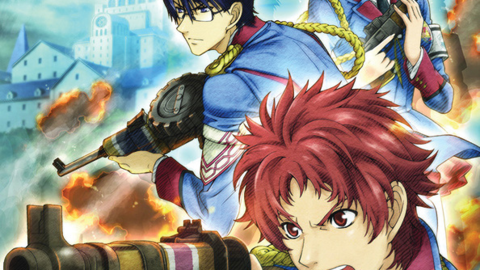 The story of Valkyria Chronicles II takes place two years after the conclusion of the original game.