In the arms of an artillery-firing angel.

Valkyria Chronicles 4 marks a forceful but necessary return to the franchise's strategy roots, much in the vein of resetting a broken bone. The most recent Valkyria Chronicles game in the industry's memory is Valkyria Revolution, which had a decidedly action-RPG outlook and ultimately paid the price for its experimentation. Revolution was a jagged pill to swallow, but Valkyria Chronicles 4 more than redeems the spin-off’s mistakes. It retreads the central thematic conflict of the original Valkyria Chronicles, which makes for a story that is poignant and comedic in turns without losing sight of what made the series so popular to begin with: guts.

You're deposited straight into the hot-seat of the Second Europan War as a Federation soldier, Claude Wallace, with your rag-tag bunch of friends including an adorable dog and a number of potential anime love interests. Unsurprisingly, your enemies are the Imperial Alliance, who all sport quasi-Germanic or Russian names and have an overwhelmingly burgundy color scheme for their uniforms. Any real world resemblances here are likely intentional; this is a fictional take on a world war that we've all read about in some way, shape or form in our own history books. Valkyria Chronicles has always drawn from a hodge-podge of WWI and WWII to create its own canon, and that mix is more pronounced than ever here. The timeline broadly overlaps with that of the first Valkyria Chronicles game, so be prepared to notice mentions of conflicts that series veterans will already be more than familiar with.

The similarities between the two games are much more substantial than that, however. Valkyria Chronicles 4 is alike in almost every single way to the original except in name. The series continues to stay true to its blend of classic artistic European landscapes; there's rolling hills, snowy mountains, and vast bodies of water. The gameplay is still a unique take on traditional strategy RPGs which does away with the grid movement system of stalwarts like Fire Emblem, instead preferring to rely on a mix of turn-based tactics and real-time movement and fighting, creating ample room for reactive play and tense skirmishes. You deploy your troops in advantageous positions, move them until their action points are depleted, and fire at the enemy--it's a satisfying cycle.

Valkyria Chronicles 4 also hones in on the way that the war affects a core group of childhood friends and former innocents, simultaneously decrying violence whilst also thrusting you headfirst into situations where it's unavoidable. It's in those moments, where you're backed into a corner with nowhere to go but through faceless enemy ranks, that the senselessness of the conflict really stands out, and those are some of the game's strongest moments.

Accordingly, making sure that you have a squad that will be able to survive those skirmishes is key to your enjoyment of Valkyria Chronicles 4. You'll take command of a whole host of different soldiers throughout your journey, and each of them is special in their own way. Whether it's a brash Shocktrooper who gets an attack buff when he's around the ladies, or a timid Sniper who can't quite shoot straight when she's alone, each person that you deliver orders to is unique in some way. Soldiers have a chance of activating Potentials based on those personality quirks, which are buffs or debuffs affecting anything from unit accuracy to how terrified they are in the heat of the moment. This leads to plenty of friendly chatter on the battlefield that adds depth to your interactions with troops; in the absence of a formal social link system, these moments feel honest and raw when set against their backdrop of percussive gunfire and chaos.

Chaos is really the name of the game when it comes to the broader military campaign, and your first few fights will probably feel that way until you get used to how the game's battle system handles. Valkyria Chronicle 4's first few hours serve as a lengthy tutorial, and you'll still be learning things even after you're multiple chapters into the main story. Troops work the way you'd expect them to--snipers, anti-tank units, and grenadiers do what they say on the tin, and there will be almost no surprises to those who have played similar Japanese-flavored military titles before. Mechanics are built around things like cover, return fire, and ammo management, and balancing all of those are key to victory. There are some improvements from the original Valkyria Chronicles, primarily in troop variety and quality-of-life niceties, but it isn't a significant overhaul. Getting accustomed to the way the quirks of your soldiers work in battle is the primary challenge of the game, and figuring out just how you can push the combat system to its limits is another. Those who know the system will find it easy to create overpowered combinations of troops, which can trivialize the early to mid-game experience to a point, if you can be clever enough.

The overarching chaos also comes from the enemy's single-minded pursuit of the Federation's destruction, and you'll meet this beast at every turn possible. The Alliance is both an immediate, militaristic threat and an ideological one that overshadows every encounter and every non-combat interlude. It's not just a matter of turning the tide on the SPRG field and winning. The narrative drives you into increasingly hostile and inhospitable situations with odds that appear ever tipped in the Alliance's favor.

You don't have the luxury of picking which battles to fight, and loading into a battle with flames as high as a barn licking at your troops and screaming coming through the static whirr of your communications device is confronting each and every time. On Nintendo Switch, HD rumble is employed smartly with vibration patterns changing depending on the type of weapon used, and sounding off both on impact and when you fire. Immersion can be affected somewhat by small issues with hitboxes, pathing, and line of sight displaying oddly in cramped conditions, but these instances don't really detract from the weighty atmosphere that the game works hard to perpetuate.

Valkyria Chronicles 4 really excels in those sobering moments where it makes tough choices and leaves you to pick up the pieces. You feel like a cog in the Federation war machine because you are merely a cog in the war machine, and the story does a good job of hashing out age-old debates around ethics in wartime, necessary sacrifices, and whether or not there are truly any victors. That being said, the day to day operations of the game doesn't always carry the same big-picture weight, and the pacing is stronger for it. Much of your active time will be spent embroiled in a military conflict of some kind; your superiors point your squad in the direction of something that needs killing, and you do it. Some may see this as a lack of opportunity for true role-playing, but the absence of freedom of choice is arguably necessary in a game where the military hierarchy is a key component of the history that it seeks to reinterpret.

Ultimately, this is a return to form for the Valkyria Chronicles series as a whole. It stays so true to the franchise's first iteration that it'll feel as if almost no time has passed in the decade or so since the original game first came out. In revisiting the concerns and the environments of the first, it makes the most of those parallels and invites comparison in a way that highlights its strengths. Valkyria Chronicles 4 doesn't necessarily tell a new tale, but it doesn't have to; for all of its clichés and expected twists, there's a charm to the game's unwillingness to let up as it drives you and your friends forward at a rapid clip towards its bittersweet end.

View Comments (77)
Back To Top
8
Great
About GameSpot Reviews 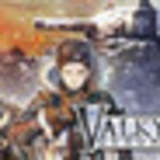 Ginny's introduction to the Valkyria Chronicles series was the franchise's first installment on the PS3. After an unfortunate skirmish with Valkyria Revolution, she was presently surprised to find Valkyria Chronicles 4 in fighting form and engaged in about 40 hours of friendly fire on Nintendo Switch, using a code provided by the publisher.