Urban Chaos started life on the PC, as an ambitious action game that really brought something new to the Final Fight-esque beat-'em-up genre - mostly by tossing in a behind-the-back camera and giving the game more of a free-roaming attitude than a "go here, beat this guy up" mentality. But while the game worked very well on the PC - a platform devoid of all things punching and kicking - whoever was in charge of the PlayStation version forgot to port the fun over to the Sony console.

Urban Chaos takes place in Union City. You, as D'arci Stern, rookie cop, must first work through a few training missions, which detail things like how to fight and how to control a vehicle. Then it's off to the city streets. In each level, you're given a few main objectives to accomplish. In one, you must arrest at least one mugger and return an abandoned vehicle to the station. In another, you have to find a way to get a suicidal man down from a building (and no, pushing him off isn't a valid way). Secondary, optional objectives will occasionally pop up as well, asking you to find a stolen police car or find a murderer.

From a premise and design standpoint, Urban Chaos sounds like a winner. But there are many, many factors working against the game. For starters, the graphics are horrible. The character models are incredibly blocky, almost every texture in the game is ugly and warped, and the draw-in distance is about 25 feet in front of you, ensuring that you'll never be able to get a clear view of any action until you're right on top of it. The sound is decent. The game features lots of speech that typically works well. The control is decent, though it may be a bit too loose for some players to get a handle on, and the fighting could have been handled much better. Also, the game tries to use action-specific music. Normally, the game is silent, except for the sounds of the streets. But when you start running, a little loop starts playing. It's a nice concept - too bad the loop is almost too short to count as actual music and gets annoying after only a few seconds.

The PC version of Urban Chaos really had a lot going for it, and at its core, it was already a very console-style game. However, Eidos simply chose the wrong console, as the PlayStation version of Urban Chaos is ugly and almost completely unplayable. If you've got a PC capable of playing the original version, check it out, and try to forget that the PlayStation version even exists. 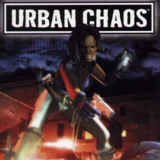 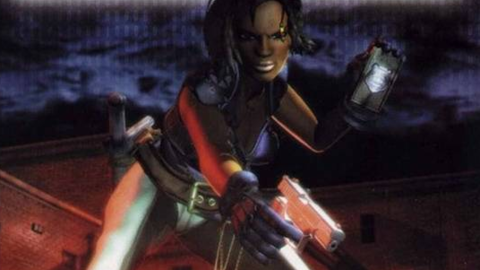 The fact that Urban Chaos is an enjoyable third-person action game with no switch flipping, box pushing, or key finding should be reason enough for you to purchase it.