Until Dawn: Rush of Blood Review

As a simulation of a trip through a house of horrors, Until Dawn: Rush of Blood gets the basics right. There's blood, murderous bad guys, and abandoned, decrepit structures around every corner. Rather than meander on foot, you sit in a cart on rails that automatically moves forward through these demented environments. At first, you're in a proper set of horrific-but-safe scenes, armed with air pistols, but it doesn't take long for the game to give way to more "realistic" threats and issue shotguns and revolvers in favor of toys. Though it transforms and tries to evoke true horror, Rush of Blood remains a benign experience that fails to elicit real fear; it's ultimately a basic light-gun-like game with jump scares you can see coming a mile away.

With a PlayStation Move controller in each hand--simulating two guns--and a PlayStation VR headset on your noggin, your primary task is to keep an eye out for bad guys that either run directly at you or throw objects from the safety of cover. Aim, fire, and reload as quickly as you can, or you might end up dying from a few unfortunate hits. Should you die, you respawn in close proximity--the one exception is the "Insane" difficulty setting, which forces you to restart a level when you die. If you don't have Move controllers, you can play with a DualShock 4 alone, but it causes your two guns to move in unison, which dramatically detracts from the shooting-gallery appeal while also limiting your capabilities in practice.

Levels include gruesome warehouses filled with squealing, dismembered pig carcasses, a haunted mental hospital with ghastly figures that dart in and out of sight, and a run-down carnival with sections of spooky woodlands. The game includes seven levels in total, but they tend to bleed together; Until Blood is fairly consistent in the tone and atmosphere of its settings, up until the vastly different final level that veers into the fiery depths of hell. They're dreadful, occasionally gross, and last about 10 to 15 minutes apiece.

As you trundle through shadows and murky frights, you're accosted by the usual cast of horror baddies: thugs in clown masks, animated mannequins, zombie-like fiends, and spiders--arachnophobes, beware. With decent motion tracking in effect, aiming your shots comes naturally after a few minutes, and you quickly learn how to react to threats in front of you and in your peripheral vision. During some scenes, you must frantically react to succeed, but a keen eye and a calm disposition is all that's required once you understand the relationship between the PS Move controller and your virtual guns. You can temporarily acquire a small selection of powerful weapons hidden in colorful boxes, but they only prove necessary during the game's final encounter and otherwise serve as a way to add much-needed variety.

Most enemies follow routines and are generally easy to kill--bad guys afar pop in and out of cover, and incoming foes simply sidle up to your cart if you don't shoot them right away, making for truly easy targets. There's one ghastly miniboss that sprints to and fro, making it difficult to hit from a distance, but all you have to do is wait for it to get in your face, fire a couple of rounds into it, and repeat the process until she's dust.

Rush of Blood's other threats come in the form of obstacles that intrude upon your personal space. To avoid them, you simply need to lean to one side--or duck. Granted, the cart moves quickly during some sequences, and you have to react accordingly, but you typically have plenty of warning, since the cart moves slow and steady. Obstacles in Rush of Blood feel like nothing more than filler; they aren't scary, and they don't pose a meaningful threat.

Should you choose to play for a place on Rush of Blood's online leaderboards, every level is packed with otherwise inconsequential props that you can shoot for bonus points, denoted by red-white-and-blue target decals. These make for decent target practice while you're waiting for the next action set piece, but again, they’ll mean everything or nothing depending upon your desire to replay levels and outdo other players' scores.

Rush of Blood can be completed in roughly an hour and a half, and though you can unlock a few alternate paths in a couple of levels, they generally lead to more of the same--just in a different arrangement. Rush of Blood has a disturbing flavor overall, but that alone can't save what amounts to a largely predictable experience filled with straightforward action, dumb enemies, and predictable frights.

View Comments (25)
Back To Top
5
Mediocre
About GameSpot Reviews 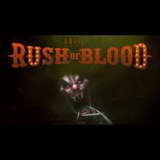 Until Dawn: Rush of Blood
Follow
$9.90 on Walmart
Buy

Peter played through Rush of Blood in less than two hours on the Normal difficulty setting using a copy of the game provided by Sony. 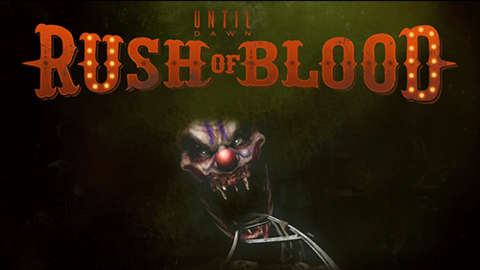 Until Dawn: Rush of Blood

A terrifying rollercoaster ride from the team at Supermassive Games.

6.7
Sign In to rate Until Dawn: Rush of Blood