In many games where conversational choices dictate plot progression, success is often guided by a system of modern Western morality. Choosing the noble response sends you on a path toward "good," while the opposite is clearly "bad." Sometimes there is a moral gray area, but ultimately, the games are typically designed around the binary concept of good and evil. Unrest, however, steps away from such tradition. Challenging the ancient and uncompromising social barriers of Unrest can yield dire consequences: putting your family in peril, shaking a community apart, or much worse. While Unrest struggles to stay consistent in its message, the lives of its damaged, refreshingly human characters stayed in my mind for many days after the credits rolled.

Against the backdrop of an ancient India rooted in both myth and history, you guide several people as they struggle to survive in Bhimra. Once a thriving city, previously considered the mightiest of all, Bhimra is choked by drought and bridled by poverty, disease, and hatred. The game's unconventional cast members stand as grim reflections of Unrest's dismal world. This point-and-click adventure game is devoid of the cleft-chinned adventurer who approaches danger with a charming quip--or a crack of a whip, when charisma won't do the trick.

Instead, you play as individuals straddling the social divide of India's rigid caste system. They include a peasant girl, betrothed against her will; a priest who bows to new masters for the sake of his family; a mercenary captain, barely keeping the city from tearing itself apart; and a princess, fallen from grace, fighting for survival in the slums. The emotional impact of their stories hits deep. It's hard not to feel sympathy for a young girl whose world was once adorned with flowing drapes, clean clothes, and rich food. This same girl now finds herself filthy, starved on the streets, and standing over a mutilated corpse, contemplating whether she should walk away and save her dwindling pride, or soil her hands with the victim's blood in hopes that a pocket yields a mere crust of bread. Desperation is prevalent, and in Unrest, living to see another day is the greatest victory.

Most of your time is spent in conversations, where your replies shape your fate for good or ill, and discourse is rarely straightforward; Unrest is not a game that provides easy answers to complicated issues. Instead, you are rewarded for your ability to intelligently weave your way through conversations, suppressing any penchant for a brazen response. Yielding to the social laws is hardly virtuous, but it could keep you breathing.

In conversations, characters acknowledge you in three colored bars representing friendship, respect, and fear. That acknowledgment is important in choosing the right person to strike up a conversation with in order to pursue your goals. In one event, a town guard with little respect for your plight shows a comparable amount of empathy for your hunger pangs, refusing you access to a temple that hands out food. A guard in another story, however, can be coerced to step aside if you latch onto his fear and agree to help appease his crippling gambling debt. But not all characters welcome discourse. The reptilian naga, for example, are often blamed for Bhimra's condition, and therefore show no love toward humans. Most interactions with these creatures in the slums involve death threats.

In Unrest, failing in a storyline is worse than the end of a quest; it could mean the death of a character. You might believe that decisions you make are the correct ones--like I did many times. But Unrest is not like games such as Mass Effect or Dragon Age, and assuming the sensibilities of such games could leave you staring down an executioner's blade. As the story draws to a close, the game tells you how your character managed after leaving your care. My first experience in receiving this report card of my actions was a gut punch--despite my best efforts, my character didn't survive. What had I done wrong? I did everything that came natural to me, and so I assumed I would be kindly rewarded. Unrest's cold pragmatism was sobering, and such lessons linger as the game progresses.

Most of your time is spent in conversations, where your replies shape your fate for good or ill, and discourse is rarely straightforward.

Unrest requires much readiing, both in and out of conversations. In games with so much unvoiced conversation, reading several paragraphs with each character interaction comes with the territory. But the game also provides detailed profiles on the people the character knows personally, as well as descriptions and the history of items in your inventory. The game's own exposition, coupled with books and scrolls containing Bhimra lore, has you perusing pages and pages of information. It gets exhausting, and I found that I needed to take occasional breaks to rest my eyes and stave off boredom.

Unrest isn't free of concerns, the most damning of which is its tendency to hinder immersion. The vibrant hand-painted environments are far too cheerful for the theme. Bright splashes of colors and hand-illustrated designs are a jarring juxtaposition to Unrest's somber motif, and undercut the overall impact of the stark, poignant world. There are also technical issues, which range from crashing to desktop following one of Unrest's many loading screens to odd pathfinding problems in which characters oscillate along their path or get stuck on corners. During conversations, making choices drops the menu back to the gameplay screen for a split second, which is distracting to the point of aggravation.

In Unrest, failing in a storyline is worse than the end of a quest; it could mean the death of a character.

With different ways to approach situations, Unrest encourages multiple playthroughs. Unfortunately, in replaying the game, I found myself disappointed by how completed stories affect the overall plot. Unrest claims that characters, left alive or otherwise, blend naturally into the game's narrative after their tales are finished. However, only two individuals were ever mentioned, one of them just in a passing comment. In reality, the characters' plights and their impact on the plot are superficial, existing merely to give you the impression that their lives changed something.

But I found myself most disappointed in the game's central story. Out of the four playable characters, there is one whose placement in the narrative is an anomaly; she experiences the hardships of her world, but no matter your influence on it, you cannot alter her course. I had even tried replaying certain sections in an effort to sabotage the final sequence of events, choosing options that I felt could have affected her path, but to no avail. Unrest ultimately opts for what is almost a fairy-tale-like conclusion, which goes against the messages that paved the way.

At the end of her journey, the character ends up in a situation similar to the one that started it; the ending, uninspired, rang hollow. After I completed Unrest, I spent some time contemplating the circular logic behind the conclusion. I thought, perhaps, that the game was attempting to explain that no matter how hard we try to change our destinies, fate is carved in stone and impervious to our influence. But I could be searching for a deeper meaning where one doesn't exist. A quote by a character near the end of the game seems appropriate: "When you get lost in a happy story, all the other details and consequences are nothing, and anything becomes possible."

Despite the glaring issues, I was swept up by Unrest's unique cast, and I cared about their troubles, enough to even feel responsible if the path I led them down ended up in disaster. Though flawed, Unrest's system of cause and effect is a refreshing change from traditional conversation mechanics and deserves appreciation. In a sea of clearly defined morality systems, Unrest proves that sometimes the best waters consist of infinite shades of gray. 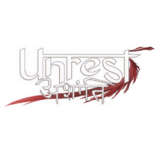 Cameron Woolsey enjoys the simplicity of traditional morality systems in games, but found Unrest to be refreshing. For the purposes of this review, Cameron spent around 10 hours playing the game multiple times, completing his first run in around four and a half hours. 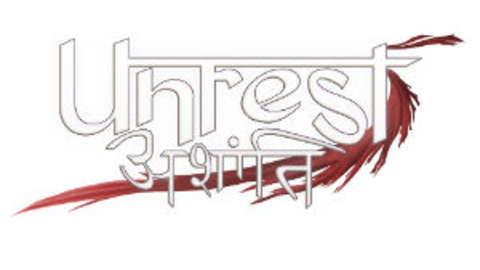 Legends tell of heroes, villains, and quests that save the world from darkness. The streets tell a different story. Unrest is a story driven RPG set in ancient India in the midst of an uprising. Play as ordinary men and women struggling for safety, freedom, food for their children, and a chance at peace.