Return to Na Pali, arriving approximately one year after the introduction of its parent product, simply fails to innovate.

One year later, it's difficult to remember much about Unreal's single-player experience. Only vague memories remain: The first level was impressive... then, nothing. And now, Legend Entertainment's mission pack, Return to Na Pali, has been released and arrives with a dull thud, letting gamers reexperience the famous Unreal fugue state.

The game starts promisingly enough, with a well-done engine-rendered scene depicting your rescue from space. Having been saved, you are immediately dropped back onto the planet so that you can find an object and escape again. In order to accomplish this switch-finding metatask, you must attend to the business of flipping a series of smaller switches spread across 15 levels. In an attempt to maintain some semblance of a plot, each level ends with your character dictating a log entry. In the sordid tradition of casting from the shallow thespian talent pool available around the office, Return to Na Pali's voice acting ranks among the worst ever recorded. It's as if Legend recruited an especially nerdy junior high schooler to write and perform an oral report on the topic of "What I Did in the Preceding Level." If you're not in the unenviable position of having to finish the game for review purposes, you'll find yourself loudly cheering the enemy and waving a homemade pennant on which you've written "Skaarj," or simply flinging your character off one of Unreal's beautifully rendered cliffs, as you try to silence that awful voice.

With the engine and the majority of the monsters, weapons, and textures already in place, the developers at Legend should have been able to concentrate on adding memorable set pieces, both as scripted events and surprising architecture, to Na Pali's single-player game. They could have effectively created the great solo campaign Unreal lacked. Regrettably, the experience is a forgettable death march through too many familiar-looking levels. You'll sense that, by the end, even the designers had had enough; the final boss encounter ranks among the genre's most unexciting. You probably won't even realize you're engaged in a critical battle until the appalling narrator wraps everything up.

Two new creatures have been included in the mission pack. The first, and best, is the pack hunter. This fast little horror looks like a baby velociraptor, travels in groups, and emits a nerve-wracking wail. Once a few of these things get on top of you, death is almost assured, so they must be picked off at a distance. Their pack behavior is interesting - one alone will usually run from you, only to return with a few friends.

The space marine is a heavily armed terrestrial soldier wielding an instant-hit automatic rifle and a rocket launcher. While packing some serious heat, he's relatively fragile and can be taken out with a few good blasts. These marines show up midway through the game for one pitched battle, then, strangely, are never heard from again. Since the designers went through the trouble of creating the marines, and the story would justify their constant reappearance after the first encounter, it's a mystery that they are not utilized more often.

Two monsters later, the developers apparently ran out of ideas completely and created a third "new" monster: a spider. That's right - as seen in every other game ever made. In case you're thinking that in this implementation the spider does something interesting, let's just say that if crawling around and shooting poison is interesting to you, then, yes it does.

Unreal, known and often reviled for the wacky, evil clown-like design of its armaments, needed some familiar-feeling, -sounding, and -acting guns to balance out its arsenal. Legend provides three new weapons and, wisely, doesn't get tricky with any of them. Each is an old favorite sorely missing from the original game. The combat assault rifle is an ammo-chewing instant-hit automatic weapon that can also be used in its secondary firing mode as a supershotgun. The other two firearms, a grenade and rocket launcher, are both immediately recognizable and satisfying. They each have an alternate mode - delayed detonation for grenades and remote guidance for rockets - that adds a little zest to each in turn.

Included in Return to Na Pali are seven multiplayer maps and four new multiplayer game modes. To compete with the numerous and ingenious (not to mention free) fan-created modifications readily available on the Net, these features would have to be something special. They're not. One of the new mods, marine match, is a botmatch variation in which all the opponents are space marines, and you pit yourself against this little-seen enemy. The other three, gravity match, cloak match, and Terran weapon match, are each equally forgettable. Cooperative play is also included, but you cannot play the solo campaign straight through and must load and play each level individually.

For a game as extensible as Unreal, the challenge of making an impact with an expansion pack is inversely proportional to the age of the original work. Each passing day brings new and more sophisticated competition from the game's network of amateur developers. Return to Na Pali, arriving approximately one year after the introduction of its parent product, simply fails to innovate. While professional enough, it is wholly lacking the spark of inspiration necessary to maintain the interest of all but the most die-hard Unreal fanatics. 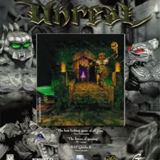 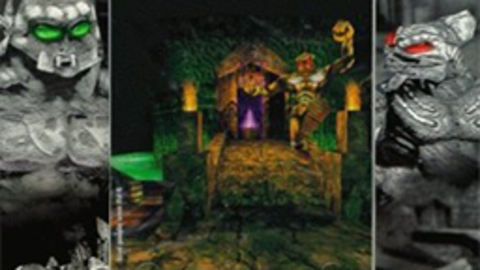 What gives Unreal an edge is how these differences, while not always positive, distinguish it from the legions of other 3D shooters.