It has the look and polish of a great shooter, but the gameplay of a merely good one. It's also a fairly short game with no multiplayer support to speak of.

The good news is that Unreal II is better than Unreal. It's both more eventful and more focused. Unlike the first game, it doesn't reach its dramatic climax during the first couple of missions and then peter out over the next 30 hours of endless, forgettable levels. The bad news is that Unreal II isn't as good as the best shooters currently available. It has the look and polish of a great shooter, but the gameplay of a merely good one. It's also a fairly short game with no multiplayer support to speak of.

While it takes place in the same futuristic universe, Unreal II doesn't share any plot points or characters with its predecessor. You play as Dalton, a space marshal patrolling the "ass end of the universe" with a crew of two former space marines and one malapropism-spouting alien pilot. Once you're in a given mission, the game does a good job of laying out a clear set of goals and then walking you through them, usually in the form of a character (often your first officer) relaying information to you via a headset. Between each of the missions, however, there's usually a largely pointless intermission level in which you walk around your ship and talk to your crew. Presumably, this is supposed get you more involved in the plot, but the dialogue is bad enough that it'll just make you anxious for the game to get on with itself. Every conversation in the Unreal universe is an exchange of the worst type of sarcastic, tiny-cigar-chomping action-movie one-liners ("Go to hell, Dalton!" "I'm already there, toots!"). That is, until it comes time for each character to reveal his or her dark secret. Worse, even the cutscenes have cutscenes--almost every one of these long and pointless interactive intermissions ends with a 20-second load into a pointless noninteractive scene that usually shows nothing more interesting than your landing craft speeding toward a planet.

Back in the plot, one thing leads to another, and Dalton and crew end up embarking on 12 missions in pursuit of seven mysterious alien artifacts. Apart from the tedious preliminaries, these 12 missions are well designed. To its credit, Unreal II sets up many situations in which you must defend a position rather than simply assault one. One level, for instance, requires you to fight your way up to the top of a tower, use a sniper rifle to protect a marine while he repairs some equipment, make your way to a forward base, and then defend it with the help of some friendly troops until a rescue ship arrives. In some of these defensive sections, you can give simple orders to a handful of troops under your command by "using" them and then choosing an order from an onscreen menu. You can really only direct them to cover a certain area of whatever it is you're defending, and even though everyone appears to be equipped with a radio headset, you can communicate with them only when they're standing right next to you. You'll also occasionally get stationary turrets and protective force fields that you can place to help set up a defensive perimeter. Although other shooters have included a few defensive levels here and there, Unreal II has the most complete implementation of this mission style to date.

The missions take place in a variety of surroundings--there's a desert planet, a snowy planet, various research and military facilities, and the inevitable H.R. Giger-inspired biomechanical alien hive. Without a doubt, Unreal II's most impressive feature is the technology powering its visuals. Every couple of months there's a new winner in the competition to present the best flame effects, and this month we're proud to give the prize to Unreal II. Milking the pyrotechnics for all they're worth, the designers made it so a full third of the game's 12 weapons ignite opponents on contact. The lighting, particle, and smoke effects are also well done. For instance, one enemy emits green gas when dying. After the gas collects around the body for a few seconds, the corpse explodes, realistically blowing the cloud in all directions and clearing the air. Some of the interiors--especially an early level in a lab called "Hell"--look better than the prerendered cutscenes of just a year or two ago. The engine is also capable of creating large outdoor areas, and many levels take advantage of this by requiring you to first approach from a distance whatever building you're attempting to infiltrate.

Combat is where Unreal II starts to fall apart. Nothing about the combat is especially bad, but nothing about it is particularly memorable, either--not a good trait for a shooter. The arsenal isn't the problem. It includes a nice selection of traditional weapons, including a rocket launcher, a sniper rifle, an infinite-ammo laser pistol, a shotgun, a flamethrower, and an especially weak-sounding automatic assault rifle. Every weapon has an alternate fire mode. For instance, the rocket launcher can fire homing missiles, the shotgun can set enemies on fire, and the laser pistol features a powered-up mode that's accompanied by a neat animation of Dalton trying to control the glowing weapon with two hands. True to the Unreal heritage, there are some crazy-clown weapons as well. The nuttiest is an alien device that fires a swarm of biting spiders. There's also a flying ball that navigates intervening obstacles to track down and attack enemies. In its secondary fire mode, it goes into orbit around you, providing a defensive shield. It's a cool weapon, but it's introduced so late in the game that you really don't get a chance to use it much.

The gunfights are fast and completely straightforward. The enemies range from dumb alien beasts to theoretically smarter human and alien soldiers to a handful of unimpressive (and surprisingly unimpressive-looking) boss monsters. A few enemies will stand in place or make a desultory run for cover, but, for the most part, they all exhibit some variation of the old-time zigzag rush tactic. Some don't even bother with the zigzagging part. Battles tend to be head-on demolition derbies. They lack the deliberately paced hide-and-seek style of gunplay that the shooter genre has been moving toward over the last few years. In that way, perhaps the gameplay is meant to be a throwback to a "classic" shooter style. But to succeed as that, it would need to ratchet up the frantic action to some level approaching the Serious Sam series. Instead, Unreal II only manages to reach the level of, say, Quake II. Compounding the problem, the great-looking environments show virtually no reaction to the munitions exploding within them. A little shattering glass would have gone a long way toward making the gun battles more satisfying.

Because the missions are strictly linear and because there's no multiplayer, there isn't much incentive to play Unreal II again after the roughly 10 hours it takes to beat the game on normal. It has really good graphics, and, apart from its awful dialogue, it's certainly not painful to play--but it lacks the spark that separates truly great shooters from all the rest. It doesn't have Halo's vehicles and clever AI, Serious Sam's over-the-top action and spectacular boss battles, No One Lives Forever 2's inspired level design, or Medal of Honor's memorable set pieces. As shooters go, it's competent but for the most part unremarkable. 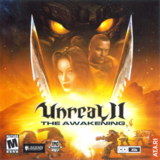 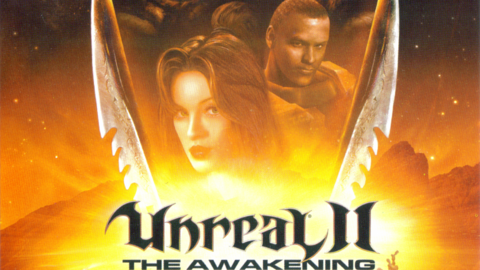 It has the look and polish of a great shooter, but the gameplay of a merely good one. It's also a fairly short game with no multiplayer support to speak of.