Ultima Underworld was a game ahead of its time. A first-person action-RPG released in 1992, it foreshadowed the kind of creative problem-solving sandbox that would later be popularized through Deus Ex, Bioshock, and Dishonored. The legacy of Ultima Underworld is a design approach that prioritizes player-authored experiences. It was, essentially, the immersive sim that first asked the questions: Do you want to fight your way in? Sneak your way in? Or set off a chain reaction of chaotic, physically simulated interactions and emergent gameplay your way in?

Crowdfunded via Kickstarter and then signed by publisher 505 Games, Underworld Ascendant was first pitched as a spiritual successor to Ultima Underworld developed by a veteran team featuring several people who worked on the original, most notably its lead designer Paul Neurath.

Unfortunately, far from a tribute to an influential classic, the result is both a crushing disappointment for Underworld fans and a genuinely bad game in its own right. Ascendant is riven with technical glitches. Every player-empowering feature is undone by a series of bafflingly ill-conceived design choices. And wherever you go your progress is constantly chafed by an all-pervading lack of refinement.

The story, for what it's worth, tells an oblique tale of warring gods and carries only tenuous links to the original Underworld games. You play as a familiar chosen one burdened with the sole responsibility of saving the world from imminent catastrophe. The game's primary antagonist bellows his ghostly threats at the beginning of each new area as another hour ticks by on the doomsday clock, but it's all bluster. Nothing about the world feels imperiled until the game over screen descends and you're left feeling bemused rather than defeated.

One of Ultima Underworld's great strengths was its sense of place. The Stygian Abyss of its subtitle was a multi-level, interconnected dungeon populated by diverse, warring tribes who observed what felt like distinct cultural practices. Ascendant's version of this is composed of seven discrete levels whose haphazard design (here's a swamp, inside a fort, inside a volcano) obliterates any suggestion of internal consistency and a huge but empty hub area that is so tiresome to traverse it becomes genuinely frustrating to return to between missions.

Again unlike the original game, which let you wander freely throughout the dungeon and pick up quests from its inhabitants, Ascendant takes a more modern and compartmentalized approach. There's a job board in the hub from which you select one of four missions before you step through a portal to the relevant location. Critical path missions require you to find the abyssal key lost in each of the seven worlds, but other missions--each set by one of three factions with whom you can gain favor--may have you kill a particular enemy or collect a number of a specific item. You can only accept one mission at a time, however, so there's a lot of trekking back and forth between hub and dungeon level. And, oddly, any mission that asks you to collect items will ignore any of said items already in your possession and force you to collect fresh ones instead.

None of the missions are complex and all ultimately boil down to entering the dungeon, fighting or sneaking your way to a certain spot, picking up or killing what you need, and legging it back to the nearest portal to warp to the hub. There are no NPCs to talk to, no conversations to have, no story choices to make, nothing but a bunch of what feel like procedurally-generated fetch quests delivered over and over again. If you recall the random quests given to you by the various Jarls throughout Skyrim, that's pretty much the entire game here--except repeated over seven static dungeon levels instead of spread across a whole seamless continent.

The closest Ascendant comes to honoring Underworld's legacy is in how it affords players the ability to customize their playing style. During character creation, there is no choice of class as such, but once you begin earning "memora" you can purchase skills on a tree with three clusters of branches representing the typical Fighter, Mage, and Thief archetypes. Of course, you're free to mix and match these skills to tailor your character's strengths. Maybe you're an axe-wielding fighter who has also mastered healing magic? Or perhaps you'd rather dash from shadow to shadow and avoid enemies altogether?

In a nice touch, spells aren't simply a replacement for weapons, but are better suited to the more cerebral player who wants to use the environment to their advantage. One spell lets you create a ball of fire, for example, but it's not a typical fireball that you hurl at an enemy; it's instead used to set other things on fire to, say, collapse the walkway that enemy was standing on, or more mundanely, burn down a fence that was blocking your way. The skill tree is flexible and allows you to craft a character that reflects the way you want to play, and leaves plenty of room to experiment with alternative play styles should you ever want to roll a new character.

The chances of doing that are slim, sadly. Underworld Ascendant isn't just a bare-bones action-RPG, it's also full of bugs and glitches and carries a really weird save system. I've encountered glitches that I'd classify as trivial: frequent gaping, untextured holes in the world geometry; lines of dialogue repeating on loop until you leave the area; getting stuck momentarily on a staircase; struggling to get out of a knee-deep pool of water because the current is absurdly strong; standing too close to a chest when opening it and having the physics fling you across the room. These issues, and many more, I can cope with. They're irritating, sure, but they're not game-breaking.

But the bugs become game-breaking when, for example, your character gets trapped between two bits of geometry and the only way out is to reload. Or when you can no longer use your bow even though you still have loads of arrows equipped. Or when you can actually use your bow and see the arrow shoot across the world but it seemingly passes right through the enemy without doing any damage. Or when an enemy spots you and simply runs into a corner and keeps trying to run through a wall while you attack it from behind until it dies. Or when you pull a lever and a rolling spike trap vanishes from the world but is still actually there and kills you. Or when an enemy gets caught in a cycle of jumping in the air and throwing a smoke bomb at its feet. These issues, and many more, are ones I can't cope with.

But perhaps most crucially of all, I can't cope with the save system. To begin with, you cannot save wherever you like. You can save whenever you like, but loading this save will see you restart from the beginning of the level with your inventory intact but any changes to the level reset. You can, however, plant a tree sapling at certain points throughout a level to act as a respawn point if you die, similar to the Vita-Chambers in Bioshock. This would be okay if Underworld Ascendant was a run-based game where you're primarily interested in how far you can get and what loot drops. But it's not. It's a mission-based game where you're exploring a level for upwards of an hour each time, trying to complete a specific objective. You're already revisiting the same level over and over again by virtue of having to return to the hub to cash in a mission and pick up the next. Having to restart a level from the beginning each time you load a save is just adding insult to injury.

For many players, especially the time-poor, the save system alone will be enough to render Underworld Ascendant unplayable. But even if it were addressed, and a more conventional system patched in, it would be impossible to recommend this game to anyone. Framed as a spiritual successor to Ultima Underworld, Underworld Ascendant misses the mark with almost every shot, much like my aforementioned hapless archer. At the same time, even freed from the expectations its historical baggage brings, it is a clear failure. The spirit of Ultima Underworld lives on elsewhere.

View Comments (36)
Back To Top
2
Terrible
About GameSpot Reviews 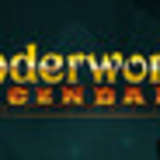 David Wildgoose has played every single Ultima game--yes, including Ultima IX: Ascension. For reasons that are lost to time, he always names his Ultima avatar "Madge," a tradition he continued in Underworld Ascendant. Madge now refuses to speak to him.