This is a competitive shooter, first and foremost, where teams of three face off in single death elimination matches, or in a series of varying match types, including domination, bounties, and item collection races. Call them what you will, Umbrella Corps' modes are standard concepts that have been around for decades, and players are so fragile that rounds tend to devolve into deathmatch battles regardless of the overarching objective.

Single player levels tend to be similarly basic--kill zombies and collect their DNA. Shooting them is an option, but why expend round after round when you can instantly kill targets with a melee attack? It's baffling that a single whack from the butt of your gun will kill zombies faster than a stream of bullets, but it does.

The small selection of maps in the game is directly inspired by the last few numbered Resident Evil games, and apart from the presence of zombies and unlockable character skins, are the strongest ties to the series at large. Despite their familiar appearance, the maps' inner-workings have some fresh appeal. While in Umbrella's labs, you can snake through ducts to get the jump on an unsuspecting enemy, or, in the game's outdoor locations, you can scurry up walls to gain a height advantage. In a game where most people constantly sprint and fire, it feels good to be able to disappear into the environment and wait for prey to cross your path; it's also an easy way to bide your time during single-death matches.

Umbrella Corps is at its best when it allows you to utilize your surroundings, but this isn't always possible. Most games with a cover system allow you to snap to any structure of a certain size, such as a wall or a crate, but not here--only some objects are eligible, highlighted with a neon outline. Sure, you can hide behind any wall in the face of incoming fire, but only some walls--ordained without discernible rhyme or reason--allow you to enter a proper cover state and fire from safety. Because of this, you quickly learn that relying on cover is a fool's errand. Ultimately, characters move so fast, and kill each other so quickly, that you become accustomed to looking for enemies rather than hunting for cover opportunities.

You can kill opponents in three ways in Umbrella Corps: you can shoot them, kill them instantly with a melee attack, or disable their Zombie Jammer and rely on zombies that litter every map to get the job done. Every player has a jamming device on their back, which allows players to move around the map without rousing suspicion from the undead. When it's disabled--triggered by a well-placed shot to a player's back--zombies rush towards their newfound target. This is a great option in theory, but in practice, it's very difficult to execute. Whether you're standing, crouching, or prone--where you slither around like an awkward greased seal--you can cover a lot of ground with minimal effort, which results in a lot of twitchy and chaotic face offs where opponents frantically attack anything that moves.

While you can melee enemies with your gun, you might as well equip the Brainer if you prefer close quarters combat. Your Brainer is an overpowered, hybrid scythe-hammer that kills opponents in one hit, so long as they fall in the weapon's generous kill zone, indicated by a HUD projection. Using it comes with a risk--the Brainer's attack animation is notably long--but it's the fastest way to take out an enemy. Should you and a Brainer-wielding enemy attack each other at the same time, you both stagger for a moment before you can issue a follow-up attack. Typically, this results in a flurry of button presses as you try to attack again as soon as the game allows--but with both competitors mashing away, it becomes a game of luck rather than skill. Relent and try to switch weapons, and you'll probably die. Spend too much time trying to issue a counterattack, and you're likely to get killed by an enemy who's passing by. The Brainer is both the most effective tool in your arsenal, and the most likely to get you killed.

You can try to adjust your strategy to account for the Brainer's peculiarities, but there's nothing that can be done to combat Umbrella Corps' broken death animations. In some instances, it takes a full second or two for a death to properly register in the game, and in that window of time, the doomed player can attack and kill others before they are disabled. There's probably a joke to made in there about how the dead don't stay dead in the world of Resident Evil, but this is a bug--not a feature--and the final nail in the coffin for a game pitched as a competitive shooter.

Determined players can earn cosmetic items and new weapons as they earn XP and level up, but a new gun or patch for your helmet doesn't wash away the bad taste of Umbrella Corps' gameplay. Its systems are either unreliable or illogical, and as a result, it feels almost impossible to get a foothold. The first time an enemy kills you when they should have been dead, you may shrug it off. When it happens the dozenth time, you'll probably wonder why you're playing Umbrella Corps at all. There's ultimately no good excuse.

View Comments (131)
Back To Top
3
Bad
About GameSpot Reviews 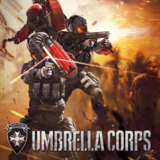 Peter spent eight hours with Umbrella Corps. He played a dozen single player missions and got his online profile to level ten. GameSpot was provided with a complimentary copy of the game for the purpose of this review.