If you didn't play Parappa to death and love every minute of it, you might as well skip out on Um Jammer Lammy.

Since the release of Parappa the Rapper, the "music game" genre has gotten quite a bit larger. Now, along with Parappa, we've got dancing games, games where you play a piano-like instrument, a guitar-playing game, and there are still many more on the way. But while advancements have been made, nothing has really captured the charm of Parappa. Enter Um Jammer Lammy, Sony's follow-up to Parappa the Rapper. While the game isn't a strict sequel, it does take place in the same universe, with the same graphics style and nearly identical gameplay.

Lammy is a paper-thin lamb that plays guitar for Milkcan, a rock band that also features Katy Kat (of Parappa fame) on bass and lead vocals, and Mah-san, the short-fused mumbling drummer. The game takes place during the day of Milkcan's biggest gig, and Lammy is running terribly late. While I'll keep the insanely surreal storyline a secret, I will say that you'll be using your guitar skills to put out a fire, put babies to sleep, fly a plane, operate a chainsaw, and even escape from Hell. The gameplay is almost totally identical to Parappa, though there are a few enhancements. For starters, you can use the L2 and R2 buttons for pitch bending. Also, as you progress through the story, you earn different effects, such as a harmonizer, a wah-wah, and distortion. These can be toggled on and off with the select button.

Once you've completed the game's main story, you can access a few different versions of the game from the stage select menu. The most noteworthy of these new levels are the Parappa levels, which let you go back through the game as Parappa. In this mode, the songs are remixed (to better fit Parappa's watertight flow) and you'll, of course, be rapping instead of playing the guitar. The cutscenes in this mode are more afterthoughts than actual cohesively structured plots, but they're still a blast to watch. You'll also unlock various two-player options. In two-player mode, you and a friend (or, if you're lonely, a computer opponent) trade lines in a battle for points. You can either play Lammy vs. Lammy or Lammy vs. Parappa.

The game's surreal storyline has remained intact from the Japanese release, but it has been localized a little bit. In the original version of the game, the second to last level had you battling for your life in Hell. Here in the States, Hell has been replaced by a desert island, and the FMV segments surrounding the level have been altered. It doesn't really affect the game too much, since much of the game doesn't make a lot of sense to begin with. Also, the song that played over the credits in the Japanese version has lyrics in the domestic release.

The question that keeps coming up is whether Lammy is better than Parappa. When you look at Lammy's lack of originality in the gameplay department, and the songs, which simply aren't as catchy as Parappa's raps, Parappa comes out on top with ease. But the additional levels, the two-player option, and the inclusion of the Parappa remixes in Um Jammer Lammy add a value that Parappa the Rapper simply can't touch. But keep in mind that the game doesn't stray far from the formula, and the game's difficulty will put off those who never mastered Parappa. So, to put it another way, if you didn't play Parappa to death and love every minute of it, you might as well skip out on Um Jammer Lammy. 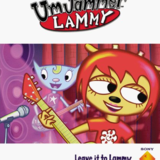 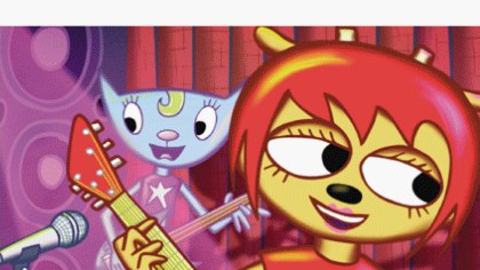 If you didn't play Parappa to death and love every minute of it, you might as well skip out on Um Jammer Lammy.