Serious webheads will get something positive out of Ultimate Spider-Man, but they should do so with one of the console versions, as the PC version of the game isn't the ideal one.

Superhero games, like superhero movies, are steadily starting to improve. Generally, it helps to base a game more within a hero's given comic-book universe, as opposed to directly upon any of the aforementioned films. Compare the recent Incredible Hulk and X-Men games based within the comic universe with the Fantastic Four and Batman games based on films; the difference ought to be clear. One franchise that's been stuck somewhere in the middle over its last couple of installments is the Spider-Man series. The first two games were based directly on the megapopular films, and while neither could be called bad, they weren't anything to write home about. Ultimate Spider-Man is developer Treyarch's third attempt to make a quality Spidey game, by way of developer Beenox, which has ported the console game to the PC. Based on the eponymous comic-book series, Ultimate Spider-Man is certainly an improvement, adding a great sense of comic-book style to the package and getting a whole host of familiar Marvel characters into the mix. Unfortunately, it also suffers from some of the familiarly flawed gameplay of its predecessors, and it's a disappointingly short ride.

The Ultimate Spider-Man comic series is a reenvisioning of the early days of Spider-Man lore. Here, Peter Parker is a scrawny 15-year-old kid, granted his powers via the infamous radioactive spider on a class field trip. The plot of the Ultimate Spider-Man game doesn't spend much time getting you up to speed with this, instead taking just a brief minute or two to quickly show Parker's transformation into the titular hero, as well as a bit of backstory about how he and his childhood friend, Eddie Brock, stumble upon a mysterious bioengineered suit that both their fathers had apparently been working on before their deaths. As any comic aficionado might assume, this is the suit that turns Brock into the gruesome, tongue-lashing beast known as Venom, and that's right where things pick up. The plot itself is something of a disjointed affair; it's really more of an excuse to squeeze as many relevant Marvel characters as possible into the package. But it does a good job of achieving this goal by including plenty of friendly faces such as Wolverine and the Human Torch, as well as modern versions of big-time villains such as Carnage, Electro, Green Goblin, and, of course, Venom himself.

The story ends up a winner because it sticks so closely to its comic-book roots--it's just too bad that there isn't very much of it. To get through the entire story mode, it shouldn't take you more than a half-dozen hours at most, and only about five hours of that actually make up story missions. Ultimate Spider-Man retains the sort of open-ended nature of Spider-Man 2, letting you roam around the city of New York, swinging your way to assorted side missions scattered about the town. Most of these are basic checkpoint races, combat missions in which your entire goal is to beat up a bunch of gang members, and city events, which simply consist of quick-rescue operations and breakups of bank robberies or what have you. These missions aren't optional, though. They appear that way at first, but you'll soon find that you have to beat them to unlock more story missions--and in some cases, you only unlock a cutscene and then have to go back out into the city to beat more side missions to move on again. Essentially, it feels like the developers quickly ran out of story and hastily decided to make these missions required play to pad out the length.

This padding really does kill some of the fun, because the races, of which you'll be doing the most of early on in the game, just aren't much fun. The combat tours and city events make more sense, since Spidey's known for swooping down, whooping some ass, and then swinging away into the sunset. But these missions are far too repetitive, requiring you to perform many of the same tasks over and over again until you just don't want to do them anymore. This is doubly unfortunate, because that's pretty much all there is to do once the story mode is over with.

Fortunately, the story missions are a lot better, especially the boss fights against the main villains, as well as the several sections where you play as Venom. These fights are often challenging and satisfying, though the final confrontation is a bit anticlimactic. The game also leans a little too heavily on chase missions, where your goal is, again, to race around the city, but with the twist of having to stay within a specific distance of the opposing character. It's an OK idea in theory, but there are too many of these sequences, and it can sometimes be tough to get a good bearing on where your target is, since there's no icon or anything denoting where the target is--all you get is a sometimes unhelpful arrow to point you in the right direction. Were there more of the big, epic fights against the villains and more variety to the day-to-day rescues and crime stoppage, Ultimate Spider-Man would be a lot better off.

For those who played either of the last couple of Spider-Man games, Ultimate Spider-Man features a couple of key gameplay differences. For one, the combat is less clunky. Spider-Man attacks with simple, effective combos that don't require much more than a few bits of button mashing. You can still combine Spidey's webs into the fray, but there's less you can actually do with that. Venom's attacks are similarly simple, though they rely more on whips of his tendrils and powerful killing moves, unlike Spider-Man's quick and nimble maneuvers. Venom also has to deal with an ever-draining life force, requiring him to occasionally feed on enemies and helpless passersby. It's pretty brutal, since you can basically feed on and kill any man, woman, or child that happens into the brute's path. It also makes the Venom sequences a lot easier, since most areas give him plenty of people with which to quench his thirst. Spider-Man's portions often lack health power-ups, which makes them a touch more challenging--and sometimes, frustrating.

The methodology for getting around New York has also been simplified, though with mixed results. Spider-Man's webswinging mechanic requires a lot less effort on your part this time around. You can't shoot multiple webs anymore; you're effectively limited to single, standard-swinging webs, as well as a web-boost shot that lets you leap great distances. Venom throws all that webswinging by the wayside, opting to just leap hundreds of feet in the air and occasionally use his tendrils to cover distances quickly, not unlike in the web boost. While all of that's well and good, jumping and swinging around the city just isn't as interesting as it's been in the past. The simplification of the webswing mechanic also seems to have slowed the overall feel of your swinging, and it's just not all that thrilling to swing around the city--which is pretty much the opposite of the case in the past games. Admittedly, it is neat to jump around with Venom, since he does handle differently from Spidey, but there aren't many Venom sequences in the game. Incidentally, regardless of which character you're playing as, you're going to want to use a good dual analog gamepad for this game. Keyboard and mouse controls are too unwieldy for both combat and webswinging.

The city of New York has also been scaled down here, but that's not a detriment. Though there's less area to cover, the areas themselves look a lot better. That's thanks mostly to the game's entirely new art style, which uses a unique cel-shading concept to give every character and set piece a brightly colorful and sharp look. The character models are so sharp looking, in fact, that they look like they've leapt off a comic page--though perhaps that's because the game goes to painstaking lengths to try to emulate the comic book's style, creating multiple cutscenes that frame their shots within the boxes of a comic. All this gives Ultimate Spider-Man a wonderful sense of style that the previous two games lacked. Admittedly, there are still a few problems. The camera can get very uppity, especially in tight spaces, and the PC version suffers from a bad frame rate in a lot of spots, especially when you're webswinging. Turning down effects makes no difference, nor does the resolution. Parts of this game simply don't run well.

Ultimate Spider-Man features no celebrity voice acting, but that's not a problem. The actors who portray the characters do excellent work lending realistic and sometimes appropriately goofy spins to these modernized versions of classic characters. The dialogue is mostly quite sharp, getting Spidey's snarky tone down pat and dealing out a fair number of amusing one-liners. The only failing of the dialogue is that in-game, Spider-Man's wisecracks often repeat ad nauseam and get old quickly. The rest of the audio features plenty of thwacks, whaps, and biffs, as well as a fairly subdued soundtrack that seems to come in and out at random intervals--not because it's broken or anything, but it just isn't quite as well edited as it could have been.

Ultimate Spider-Man is a better game than Treyarch's previous efforts, but it still relies too heavily on the novelty of swinging around the city and beating up the same bad guys over and over again--a novelty made less so by the simplification of both mechanics. It's especially distressing that the developer was clearly able to put together a solid story and some great boss fights, yet was unable to cull together enough of them to make a great game. Serious webheads will get something positive out of Ultimate Spider-Man, but they should do so with one of the console versions, as the PC version of the game isn't the ideal one. 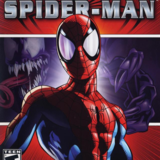 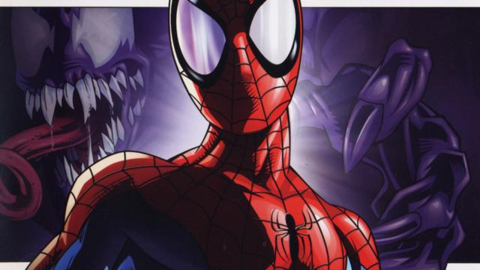 Based on the comic book of the same name, Ultimate Spider-Man lets you play as either the hero Spider-Man or his arch-nemesis, Venom. Use the unique combat techniques of either Spider-Man or Venom to battle a host of Spider-Man characters.