Overall, UFC successfully merges the ease of play you'd expect from a fighting game with the simulation aspects of a sports game.

Ultimate Fighting Championship is a long-running fighting competition that occasionally flirts with mainstream success, but its recent disappearance from most pay-per-view lineups keeps the highly skilled fighters of the UFC from getting the respect they so richly deserve. So - as a result - you may not be aware of the UFC at all. In short, it's a bare-knuckle competition that attracts fighters of wildly varying styles. So you might see wrestlers facing off against kickboxers, or judo experts against raw, unpolished muscle. With all the different styles represented in the UFC's ranks, you might think that any attempt at a video game would be watered down or too much like a standard wrestling or fighting game. But while the video game versions of the UFC's fighters share more moves on the Dreamcast than they do in real life, the game does an admirable job of making the fighters look, act, and fight differently.

The game has an easy-to-learn control scheme that, at first, seems extremely Tekken-like. But while you use back on the D-pad to block and each of your limbs has a button assigned to it, UFC is no fighting game. The game is chock-full of counters, reversals, submission holds, and lots of different situations. You may find your fighter's back on the mat, with the opposing fighter mounted on top of him, delivering blows to the face until your fighter loses consciousness. Or, if you're fast, you might catch one of those fists and roll your opponent over and try for an arm or leg lock. The submission holds in the game are extremely simple - either you counter them or you tap out and lose the fight. Luckily, the submissions aren't too hard to counter once you're familiar with game's controls. Like boxing, the matches are broken up into rounds. At first, almost all of your matches will be one-rounders, but as you and your human opponents get better and better at the game, it becomes a chess-like battle of wits, full of counters and countering counters. The computer is no slouch, either. With varying difficulty settings and modes, the computer is always available and usually challenging.

The game's modes are roughly what you'd expect from a fighting game. It has an exhibition mode, a training mode, a tournament mode, and two single-player modes. The UFC mode puts you through a typical night of UFC tournament fighting. Eight fighters start out, and the bracket is eventually pared down to a final championship fight. Winning this fight earns you the silver belt. Silver-belt holders can enter the championship road mode. In championship road, you must successfully defend your belt against 12 opponents. As your health doesn't fully recover between fights, it's a bit like a fighting game's survival mode. Winning this mode gives your fighter a gold belt.

Aside from playing as the actual UFC fighters, there is also a career mode, where you can create and name a fighter, then take him through several levels of sparring. By sparring, you earn points that are used to beef up your character and purchase new moves. The character can then be loaded into the game's other modes.

The game really comes together as a two-player game. The matches are reasonably short, and the game has a superaddictive appeal to it that rivals that of the best fighting games. The strategy involved in the gameplay really helps this along. If you're better at striking, there are characters like Gary Goodridge and Andre Roberts. If you're really good at timing counters and anticipating your opponent's actions, you can choose the stronger ground fighters, like Frank Shamrock.

The character models and textures in the game are top-notch. All of the movement is extremely lifelike, and it's only slightly marred by some occasional clipping issues and one or two awkward transition animations. Also, there are times when the referee gets in the way of the action. It doesn't happen very often, but it's the most annoying thing in the world when it does. Also, the game has a few blood splatters here and there, but they look a little blocky up close. The sound is well done. The game doesn't feature much in the way of music, but what is there is almost regal, and it's very well suited to the gladiatorial nature of the competition.

Overall, UFC successfully merges the ease of play you'd expect from a fighting game with the simulation aspects of a sports game. UFC purists may find a few nagging aspects that aren't true to the sport (for instance, in real life, fighters that wear shoes aren't allowed to kick, but that rule is ignored in the game), but the sacrifices that were made improve the gameplay by a great deal. Fans of wrestling or fighting games should definitely enjoy the game. 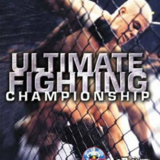 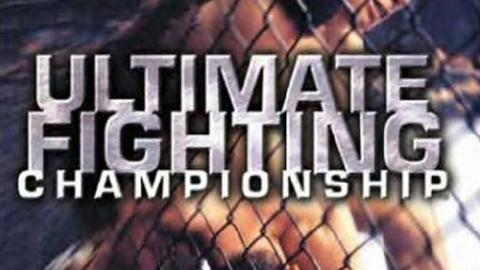