It may be an upgrade on its predecessors, but UFO: Afterlight still comes with some significant problems.

What's in a name? Altar Games hasn't made much progress over the past few years when it comes to the unimaginative subtitles of its UFO series, but at least the developer is continually improving the games themselves. The latest addition to the franchise, UFO: Afterlight, is certainly an upgrade on both its UFO: Aftermath and UFO: Aftershock predecessors. However, this base-managing, alien-hunting escapade has some tactical combat quirks and difficulty that bounces around like a superball, making it a flawed, if reasonable, rehashing of the X-COM formula.

Most of Afterlight follows the template of the first two UFO games, which, of course, are revamped takes on X-COM. Instead of battling the Reticulan menace on Earth, however, you'll war with these nasty extraterrestrials on Mars. Humanity has been booted out by the new landlords, which forces a ragtag bunch to attempt a new beginning on our closest celestial neighbor. Only problem is that there are already residents on the red planet, so a fight begins as soon as you build your new digs. Gameplay focuses on the old standards for this genre--you develop a base, manage soldiers, scientists, and technicians RPG style, research sci-fi tech, and attack enemy-occupied territories in turn-based tactical scenarios. About the only real tweaks to the formula involve operating just a single modular base, instead of the collection of headquarters that you usually amass in these ET-battling epics, and taking over neutral territory by sending in rovers and building resource-collecting mines.

Despite the fact that you've seen all of this before, there is something alluring about Afterlight's story. Although fighting for Mars isn't as engaging as fighting for good old Earth, the atmosphere is developed through the use of story triggers and lots of dialogue between base officials giving you tips and plot points. This sometimes gets in the way of simply playing the game, as the chattering of these talking heads seems to go on forever when all you really want to do is gear up and hunt little green men, and the almost manga-style character graphics don't seem to fit this style of game. Still, better too much story than not enough, especially when the tale is an intriguingly pulpy saga where you wage battles and do deals with insidious alien and human adversaries.

These battles aren't quite as intriguing as the plot. While Altar has pretty much perfected the modern turn-based combat engine by giving you almost unlimited control over the starts and stops, the terrain is so repetitive and devoid of interesting features that scraps are often monotonous fire-at-will gunfights. There isn't much in the way of cover on most maps, and your range of sight is so poor that aliens often show up without warning. Battles frequently turn into shoot-'em-ups in Martian valleys and plains where you have few tactical options aside from blasting away at the bad guys and hoping that they fall down before you do.

Overall difficulty doesn't ramp up in a progressive fashion. One moment you've got a tough squad capable of taking on robots and beastmen soldiers with a good chance of getting everyone home in one piece, the next you've got a bunch of body bags filled with grunts who've been shredded by mind-controlling aliens. The game goes from mildly challenging to insanely tough so abruptly that you'll feel as though you've walked into a wall. This apparently has a lot to do with how the game handles territorial expansion. Take over too much land before revving up weapon research and production, and the game will assume that you're ready to take on big-time baddies. Aliens will then invade your home territory and attack the pipe delivering water from the north pole to your base ASAP. This can end your Martian colony in a hurry, because if you don't take care of these pipeline-sabotaging bad guys right away, your whole base dies of thirst. Unfortunately, you have to expand quickly to acquire the mines needed to collect enough fuel to send your UFO craft on long-distance missions, like the one to repair your water line, or even to gather the metal needed to make guns and bullets. Expect a few restarts while you figure things out.

With that said, battles here are still loaded with tension. The controls are excellent and the interface is intuitive. Hover the cursor over an enemy, and attack percentages for your whole squad immediately pop onto the screen. Icons for all troop commands, like reloading weapons and stance, are readily accessible. Battles also benefit from a good mix of alien species, so you never really know what you're going to fight when you send out your UFO landing craft. The plot also provides motivation for assignments. Even though the visuals rehash the same dusty red Martian terrain over and over again, you always have a purpose, whether it's a search-and-destroy mission targeting alien invaders or a research job at ancient ruins. Troops display a depressing tendency to lump up when moving together in formation, though, which necessitates micromanagement to clear firing lines. And the audio is clogged with a techno disco score, tinny weapon effects, and irritating order responses like "What-evah!" and "They're coming!"

Management features in Afterlight are smoothly designed. A wide range of nifty weapons are there to develop, from the beginning Reticulan laser rifles to warp cannons and gatling guns. More than a hundred techs can be researched, ranging from Martian autopsy to supercomputers. It's all standard UFO-game stuff, but at least there is a lot of variety, so you can take each game you play in different directions. Soldiers, scientists, and technicians can be trained in over a hundred different disciplines as well. They can also be leveled up and multiclassed like RPG characters, and each features personal bios that let you bond with them--at least until an alien rips out their spines. The interface could be a bit more helpful when it comes to feedback and giving suggestions on what to do, though. The "tutorial" consists solely of tool tips, which won't be much help for newbies who have never played this style of game before. Being led by the hand through the opening stages of getting research and production started would have nicely flattened the learning curve.

As with most X-COM clones on the market, your ability to enjoy UFO: Afterlight will be directly tied into how many problems you're willing to forgive just for the sake of playing something just like X-COM. It just so happens that with Afterlight, you won't have to forgive quite as much as in other, similar games. 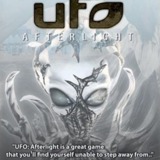 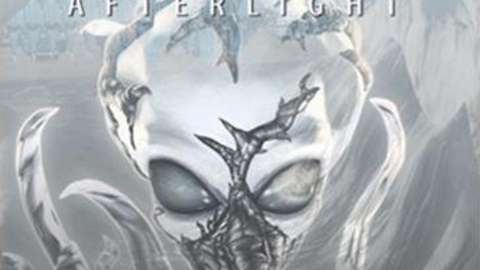 UFO: Afterlight is a strategy game in which you take control of ground troops and manage resources in an effort to defend your Mars base from enemy robots.