UEFA Euro 2008 plays a better game of football than anything else on the market, but only just.

UK REVIEW--First things first: UEFA Euro 2008 plays a better game of football than any other game currently available for either the Xbox 360 or the PS3. EA Canada's gameplay team has been hard at work on the core engine since it finished FIFA 08, and its work shows. UEFA Euro 2008 isn't that far ahead of the latest FIFA offering, but minor improvements are apparent all over the pitch.

As you'd expect, Euro 2008 features a much smaller roster of teams compared to FIFA, only featuring the international teams that are eligible for the European Championship, without any reduction in the sticker price to compensate. The football is slightly faster than in FIFA 08, the animations are smoother, and the addition of a manual celebration mechanic lets you control your player after scoring. All of these things add up to make UEFA Euro 2008 a slightly better match experience than FIFA 2008, but not that much better.

Euro 2008's single-player modes are as varied as could be hoped given the limited nature of the licence. You can play through your chosen team's qualifying campaign or just jump into the finals with your team. You can also play through in the Be A Pro mode or its new cousin, Captain Your Country.

The Captain Your Country mode expands on the Be A Pro mode introduced in FIFA 08. You create a player and control him during the course of the qualifying campaign rather than in just one match. The aim is not only to see your team through to qualification, but also to rack up a large enough number of good performances to be made captain by the time you reach the finals. The weaker the team, the easier it is to become captain, but the harder it is to make it to the finals. Your personal score for each match is based on how well you perform in your allotted role; as a defender, you can run forward to knock in goals, but you're more likely to do well staying at the back and waiting to put in that goal-saving tackle instead.

You compete against three other players bidding to make the transition from B-team unknown to captain, with your scores out of ten displayed as you go along. This leads to some interesting gameplay, as there are a number of factors to bear in mind. Firstly, you want to perform as well as you can in your chosen position. Secondly, you want your team to get through to the finals and then win. Finally you want to do better than your fellow captaincy candidates, which can lead to a certain amount of gamesmanship as you try to ensure that they don't get the chance to impress. This is an interesting take on co-op play, and it works really well in both single player--where the other players are AI controlled--or in multiplayer, where the mode really takes off as the competition hots up.

The football itself is very similar to FIFA 08, complete with its advanced trick system that allows more skilful players to skip past multiple defenders when mastered. As with FIFA 08 this system can seem overpowered in multiplayer games when one player has mastered it and the other has not, but the online skill matching does a good job of ensuring that this is rarely an issue.

In addition to regular matches and competitions there are a number of scenarios to play out, which put you in control at moments from the actual qualifying campaign that were particularly significant. For instance, you might be tasked with coming out on top after having been dumped into a game 2-0 down with 10 minutes to go, or you might be required to replicate Scotland's famous 1-0 victory over France in Paris. Winning the European Championship with any side unlocks a batch of new scenarios from Euro 2004.

In previous midseason football titles released to coincide with major championships, playing through the full qualifying campaigns was a nigh-on pointless experience when playing as a high-ranked team, because you would steamroller the poorer international sides, but that isn't the case here. The opponent AI changes are noticeable from the get-go of your campaign, with weaker teams defending in numbers and making your life in front of goal very difficult indeed. Crowds are more vocal than before, too, and are more hostile both home and away. When you're already a goal down in a match that you have to win, hearing even virtual fans chanting "We want our money back" does nothing for your confidence. These changes do really give the game a lot of added value as it

The other significant gameplay factor that has been tweaked is the weather, which now plays a more significant role than before. Rain has noticeable effects on the speed the ball skids over the surface; if you hit wet turf, your pass will fly off faster than you'd expect, but if you hit a muddy patch, you will howl in dismay as the ball slows down and a defender slips back to cut out that seemingly perfectly weighted pass to your advancing centre-forward.

The multiplayer game has also received a certain amount of attention. The most obvious change is presented to you front and centre: UEFA Euro 2008 features a metagame that will tally up the performance of the various European nations throughout the tournament, with daily prizes for those who perform best. This performance is measured with a new in-game scoring system that attempts to quantify the skill you've shown. This is based on not only the number of goals you score and let in, but also on pass completion, shot accuracy, and more. It's adjusted for the skill of your team and the skill of your opponent's team. This may help to address the main problem FIFA 08 has had online--where Barcelona, the best-rated in-game club side, are the most popular team to play because they're so good--but we're sceptical. More significant is the introduction of quick 16-player tournaments, which can be set up among friends or with random people over Xbox Live or the PlayStation network. This is a compelling addition to the series' basic multiplayer modes and is something we hope to see replicated in FIFA 09.

Despite its smaller scope, Euro 2008 replicates the drama of a major international cup competition very well. The gameplay isn't a significant enough an improvement over FIFA 08 to make it easily recommendable as an upgrade given the sticker price, but if you're yet to experience EA's football offerings this season then now's the time to start. 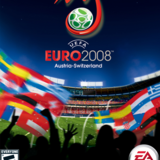