Tzar: The Burden of the Crown Review

While Tzar may have borrowed a great deal from other strategy games, it failed to inherit several of those games' strategic amenities.

Tzar: The Burden of the Crown is a solid but derivative real-time strategy game. It looks decent, sounds mostly acceptable, and plays fairly well, but it suffers from a few specific problems - most notably its own lack of originality.

Tzar takes place in the Dark Ages, circa 500-1000 A.D., though it also incorporates elements of fantasy, such as magic spells and fire-breathing dragons. The game lets you play as one of three medieval civilizations: Asian, Arabian, and European. During the course of the game, each of these may develop differently, but as in many other real-time strategy games, they must all begin the game in the exact same way: They must all gather resources, build structures, and amass an army to defeat the enemy.

Tzar has a handful of distinctive features. The first and most obvious of these is its four-part late-game technology tree. Though most missions require you to begin by harvesting resources with your peasants to build an economy then move on to create a basic military, you may also choose from four special guild structures: the warriors' guild, the mage tower, the religious center, and the trade center. Each structure may supplement your kingdom with advanced military (in the form of interesting special units or magical powers) or with economic support (in the form of enhanced economic and trade options). Each of these structures is restrictively expensive, so much so that you won't be able to afford to build even one until you've gathered thousands of resources for your cause. As such, you must choose wisely. Though you may find that certain civilizations' options are more powerful than others, for the most part, these guilds - and the civilizations themselves - are fairly well balanced. And in addition to the guild structures, Tzar also includes magical artifacts that increase a unit's abilities or let it learn a magic spell.

Unfortunately, Tzar has very little else in the way of original content. In fact, you've probably seen most of what Tzar has to offer in another recent game - Ensemble's Age of Empires II: The Age of Kings. Much of what you'll find in Tzar - from its four basic resources of food, gold, wood, and stone, to its medieval, pseudohistorical premise and its use of different real-world cultures - closely resembles Age of Kings.

But while Tzar may have borrowed a great deal from Age of Kings, it failed to inherit several of that game's strategic amenities - and a great deal of its depth (aside from the obvious fact that Age of Kings had 13 different civilizations to Tzar's three). For instance, though you can garrison your vulnerable peasants against enemy attacks, you must do so manually by selecting your peasants and ordering them into your castle; and once they're in, you can tell them all to emerge, but you must manually reassign each to his tasks.

Tzar would also have been much improved had it taken advantage of two of Age of Kings' particularly elegant combat options: the fact that grouped units move at the speed of the slowest unit, and the ability to assign marching formations. Tzar has neither, and thanks to its poor unit pathfinding, its battles are much worse. This is because most of the battles in Tzar take place later on in the game, between large armies of varied units with different strengths and movement speeds, so trying to control these large-scale battles without the aid of formations - or decent pathfinding - can often be frustrating. What's worse, your troops will often become confused when they encounter terrain obstacles such as cliffs or mountains; they'll split up and wander in a completely different direction, which can make large-scale military maneuvers even more difficult. And these pathfinding problems make Tzar's already difficult campaign even worse; in much of the campaign, your armies will be greatly outnumbered by even larger battalions of enemy troops. Defeating a larger, more powerful enemy force is difficult; trying to do so with a large, unorganized army of your own is even worse.

Despite its gameplay problems, Tzar looks quite good. The game lets you play at resolutions of 800x600 and 1024x768; it looks good in the former and even better in the latter. Tzar's buildings aren't represented completely to scale, as Age of Kings' impressive cathedrals and wonders were, but they are fairly detailed and colorful. In contrast, Tzar's units are much more detailed, meticulously animated, and they look excellent overall.

Unfortunately, Tzar doesn't sound quite as good as it looks. Though all of the sound effects are effective, Tzar doesn't have any sort of audio cues for unit acknowledgement. Units are strangely silent when selected or given an order. This is unfortunate, since different voice cues for different units might have made managing the huge armies in Tzar's large-scale battles a bit easier. In addition, Tzar's music consists mostly of strident and rather silly fanfare that gets tiresome quickly. Fortunately, it can be turned off easily.

For all the criticisms that can be weighed against it, Tzar is still a solid game. It's fairly balanced, it has some depth, and thanks to the included scenario and campaign map editors, it has some replay value as well. Unfortunately, Tzar greatly lacks originality - it borrows from other, more sophisticated real-time strategy games, but it doesn't assume some of the more advanced options that made those games easier and more enjoyable to play. 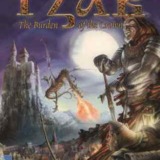 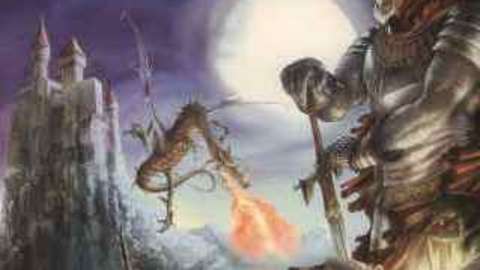 Tzar: The Burden of the Crown

While Tzar may have borrowed a great deal from other strategy games, it failed to inherit several of those games' strategic amenities.

8.1
Sign In to rate Tzar: The Burden of the Crown