Of all the games in the initial wave of Playstation titles, probably the one most deserving of a sequel was Sony's Twisted Metal. A Doom with heavily-armored vehicles, the original Twisted Metal was a groundbreaking hybrid that outclassed most 3-D shooters and blew the doors of almost all other racing games. The game also had personality - a human element that made you fear certain opponents and hate others, and care enough to spend the time to complete every level. While Twisted Metal 2 certainly ranks among the best Playstation games of the season, to say that it's "improved" on the original would be inaccurate. And that's a good thing.

The engine and gameplay mechanics in Twisted Metal 2 are identical to the original. However, more vehicles, more weapons, and eight new worlds all await exploration. That alone makes TM2 a winner. Instead of the fictitious environments that made up the slaying fields in the original, TM2 features layouts based on the topography of Los Angeles, New York, Hong Kong, Moscow, and Paris; the frozen icelands of Antarctica; the molten lava ruins of Amazonia; and the serene farmlands of Holland. Because each level is picturesque and massive in size, sightseeing can almost be as much fun as blasting your opponents into chunks of fiery wreckage. Almost.

The ten characters/vehicles here are more deadly than the previous gang. Some old foes have returned, including Mr. Grimm (speedy little motorcycle); Warthog (army tank); and Sweet Tooth, the evil, cackling ice cream truck you'll hear in your nightmares. Even Minion, the boss from the first Twisted Metal, comes back for more. But it's the newcomers you really have to watch out for: Mr. Slamm, the front loader who lives to pick you up in his giant metal teeth and slam you into the ground; Grasshopper, a dune buggy that trounces the top of your ride; and Twister, the Indy-style race car that engulfs your vehicle in a dizzying tornado of destruction.

The game includes a tournament mode, which forces you to clear the level of all enemies before advancing to the next stage. If you don't feel up to an entire level, TM2's challenge match lets you select the level and the opponents you wish to face. The only downside of TM2 is game control. With so many weapons (including fire missiles, homing missiles, napalm, and ricochet bombs) and special attacks available, you'll have to constantly use almost all of the Playstation's controller buttons - you'll wish you had three hands. But this is a minor deficiency, and in the end, Twisted Metal 2 crushes the competition. 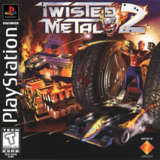 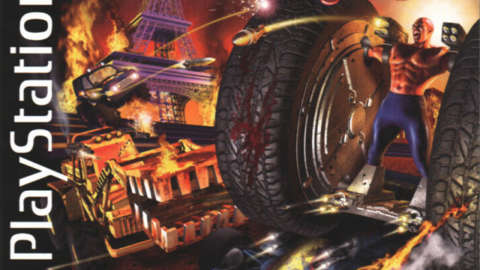