Turnip Boy Commits Tax Evasion Review - A Leek to the Past

You might be relieved to learn Turnip Boy Commits Tax Evasion isn’t really about avoiding your financial responsibility to society. There’s no book-keeping, no audits, no lurking threat of a visit from the IRS. Instead, the act of tax evasion is a mere prelude, an unlikely catalyst for a rollicking and increasingly silly pastiche of the action/adventure genre.

Less concerned with ripping off fellow citizens and more with pilfering tropes from the Legend of Zelda, Turnip Boy is shameless about the source of its obvious inspiration. Within minutes from the start of the game, the village elder has dispatched you on a quest and you’ve retrieved a mystical sword from a sun-dappled forest grove. But it borrows and parodies familiar elements with an affection and exuberance that sweeps you along in a giddy rush for the entirety of its short but sweet duration.

With Turnip Boy’s fiscal failure exposed in the opening scene, the town mayor channels Tom Nook by setting a quest that will allow you to pay off your debt and eventually inherit the family home. His demands are ludicrous from the get-go and seemingly untethered from your ultimate goal. But rather than leaving you annoyed at having to run some pointless errands, each new task only compounds the absurdity in amusing new ways. Really? That’s why you needed a laser pointer? You’ve got to be kidding me.

Mayor Onion is not alone in his penchant for silliness, though. Every vegetable or fruit character Turnip Boy meets is caught in the midst of one comical mishap or another, and eager to reward you with some nonsensical item for helping them out. These sidequests are mostly simple affairs, requiring little more than the ability to remember where to find the particular character who needed that thing, but the lightness here works to their benefit. You don’t want too many obstacles weighing down the whimsy.

Turnip Boy’s questing takes place across a small overworld composed of barely a handful of regions, each of which culminates in a compact Zelda-style dungeon where you solve a new type of puzzle before facing off against a boss. The puzzles are the highlight of each dungeon. Working in tandem with the key items you unlock, each puzzle type builds on the previous one; as the scope of your acquired abilities expands, so does the complexity of the puzzles. While one dungeon has you exploring the many uses of your watering can, the next will add bombs to the mix before asking you to combine both items to progress. And every dungeon has a satisfying moment where you need to rethink your approach up to that point and try a new angle.

Don’t worry, I’m not talking about puzzles verging into The Witness territory--nor indeed on the level of some of the trickier shrines in Breath of the Wild--but I was pleasantly surprised by the mileage Turnip Boy gets out of a small collection of puzzle mechanics. They hit just the right note, introducing a new wrinkle but letting you straighten things out pretty quickly and move on to the next challenge. Turnip Boy’s playful effervescence remains thankfully unspoiled by any ponderous timeouts for head-scratching.

The breezy tone carries over into the way Turnip Boy controls, in the sense that there’s a looseness and imprecision in how he moves and interacts with the world. Conveying a certain carefree attitude is all well and good--and I admit that Turnip Boy’s momentum, the way he feels like he’s rolling around, expresses a restless excitability that encapsulates his character--but it can easily tip over into carelessness.

His attack move is the worst culprit. A slight delay on performing the attack, coupled with a strange thrusting motion rather than a more conventional swing, leads to frequent mistimed hits. Fortunately, combat is rare enough--and the only penalty for death is respawning outside the room in which you died--that this remains only a minor irritation rather than any more serious flaw.

There are hits and misses when it comes to the humor, too. Everyone’s got a snappy one-liner to share. Or a vegetable-related pun. Or a satirical pop-culture reference. Or just some random non sequitur that feels like it might be an in-joke for the development team. It’s just relentless. Even when the gags are funny, and most of the time they are, the rapid-fire can still feel a little exhausting. No one’s this up all the time, surely?

Short but sweet can sound like a back-handed compliment. But to apply it here is not to damn with faint praise. Both short and sweet, Turnip Boy turns a hearty root vegetable base into a frothy, fizzy confection that doesn’t let you over-indulge. 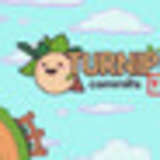 David Wildgoose has a good recipe for turnip and leek soup. He completed the PC version twice in around six hours using a Steam key supplied by the publisher. 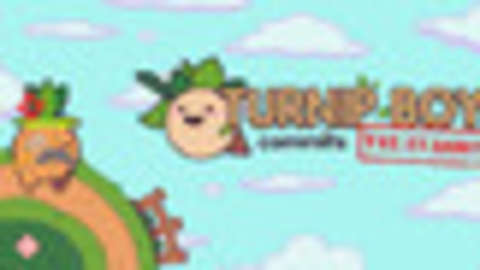