Absolute Power adds great new scenarios and buildings to Tropico 3, along with some welcome fixes and frills.

The Absolute Power expansion for Tropico 3 is a welcome addition to the original game, throwing in a great new campaign loaded with oddball objectives, a range of new buildings that enhance and fix aspects of the core game mechanics, more creative edicts to inflict upon the peasants, and a lot of little frills. Developer Haemimont Games has built a better banana-republic simulation bound to appease virtual dictators up for rigging a few more elections and killing more gangs of rebels.

The gameplay basics have been left virtually untouched. You still take on the role of El Presidente, a Latin American strongman ruling a tropical island during the hottest years of the Cold War from 1950 through 1980. But a lot of little things have been changed. Right off the bat you'll notice an advanced tutorial, supplementing the insufficient, short one from the original game with more information about economics. It's a great way to address a shortcoming, although you would think that anybody buying this expansion would already have played Tropico 3 and figured out all this stuff. There are more choices with your in-game avatar now, as well, including a dude named Voodoo Pizzaman who looks like he just stepped off the set of Live and Let Die. Personality traits, backgrounds, and new costumes have also been added, so you can play as a guy with a green thumb, installed in power by the mob, who likes wearing a fat Elvis jumpsuit. Or not.

Not quite so brand-new is the 10-mission new campaign. It sees you island-hopping from one Caribbean dictatorship to another, just like in the original game, but the objectives are now more outlandish. Whereas the old scenarios dealt with mostly down-to-earth goals, such as increasing farm production, making a killing off oil, and so forth, here you do zanier things, such as rig an island for anti-industry hippies, make peasants believe in the existence of chupacabra, deal with a rift in time and space, and even look into unsolved mysteries by setting up a secret police unit called the Alpha Files. These out-there goals are tempered in that they lean on the same city-building/political mechanics that have always been at the heart of the Tropico games, although they do provide a more involving story to each mission. Everything you do is more purposeful now, instead of feeling vague like many of the original game's scenarios.

Even though you might be dealing with Rastafarians and maybe even aliens in Absolute Power, you continue to focus on keeping the treasury flush and the citizens happy through building farms, factories, churches, police stations, and casinos and messing about with politics as in any other Tropico game. But things have been spiced up with more options across the board. A new political faction called the Loyalists has been added to the old mix of Capitalists, Communists, Militarists, and their other pals. They're not particularly loyal, though, unless you do things that inevitably offend almost everybody else, like building a museum to your greatness and canceling elections. Factions are easier to manage, because lists of major and minor needs are now included in the interface to keep you from guessing what you need to build to make a particular group happy. The whole interface is actually improved where information is concerned, giving you more little hints like the above and keeping you in the know about even little matters, such as how many months until the next farm harvest.

New buildings have been tossed into the mix, adding options and fixing minor flaws in the original game. Garages have been shrunk so they're easier to place. Generating electricity is possible with cheap wind turbines, so you can get the juice flowing early in missions without spending huge bucks on a power plant. Grade schools boost intelligence and can be used to indoctrinate kiddos into the Loyalist faction. A pricey nuclear program can fend off circling US and USSR warships. You can try to please environmentalists by constructing garbage dumps that come with recycling options. A satellite dish lets you hunt for aliens and spy on the superpowers. Entertainment and tourism have been revamped with Ferris wheels, marinas, and balloon rides over monuments like ancient pyramids. Giant monuments can be used to satisfy your ego. If you've got the cash, you can build a towering Eternal Flame to awe people into respecting the dear leader, a massive Christ statue like the one that towers above Rio to endear yourself to the religious faction, or even a huge golden statue of yourself, a la Nero, to please the Loyalists. Industry hasn't been altered much, although you can make a few bucks by processing metal into military hardware in the new weapons factory. These aren't huge changes, though they open up scenarios in many subtle ways. You'll soon wonder how you ever managed without them.

Ten extra edicts have been introduced for you to unleash on those poor, unsuspecting peasants. Like the above, there isn't anything here that could be considered earthshaking. But it's good to have additional options to lean on when clinging to power or trying to goose citizen happiness up a few percentage points. Outlaw Faction is helpful when you need to take a group completely out of the picture and have a strong army ready to handle the inevitable outpouring of support for the rebels. Print Money gives you $20,000 immediately at the cost of a huge inflation hit, but this can come in handy when you're in need of cash to close out a scenario win and don't care about the long term. Clicking on National Day earns cheap respect and blasts off fireworks over the island once a year. Kill Juanito not only shuts up the loudmouthed deejay, but it eliminates rebel attacks for a full three years. That's handy when you're sorting out the army and worried about an uprising. In the same vein, Lure Rebels starts a battle with the revolting populace right away, so you can fight at a time of your own choosing.

Absolute Power keeps the Tropico 3 party going. Nothing revolutionary can be found here when it comes to game design, but all the offbeat new islands, new buildings, and other extras do a great job of extending and improving the core experience. There is also a ton of content in the lengthy campaign scenarios, which should occupy virtual dictators for at least 20 hours--which isn't entirely positive, as this running time exposes the lack of new music and the tiny smattering of new radio prattle from a whiny revolutionary named Betty Boom. Still, even with the repetitive tunes and dialogue, consider this expansion a must for anybody who enjoyed the original game's take on tropical tyranny. 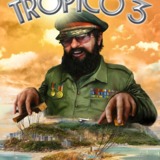 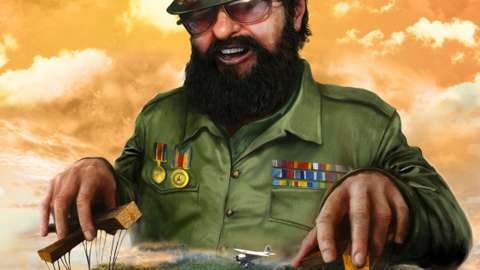 Tropico returns with a third iteration of the PC franchise now on the Xbox 360.